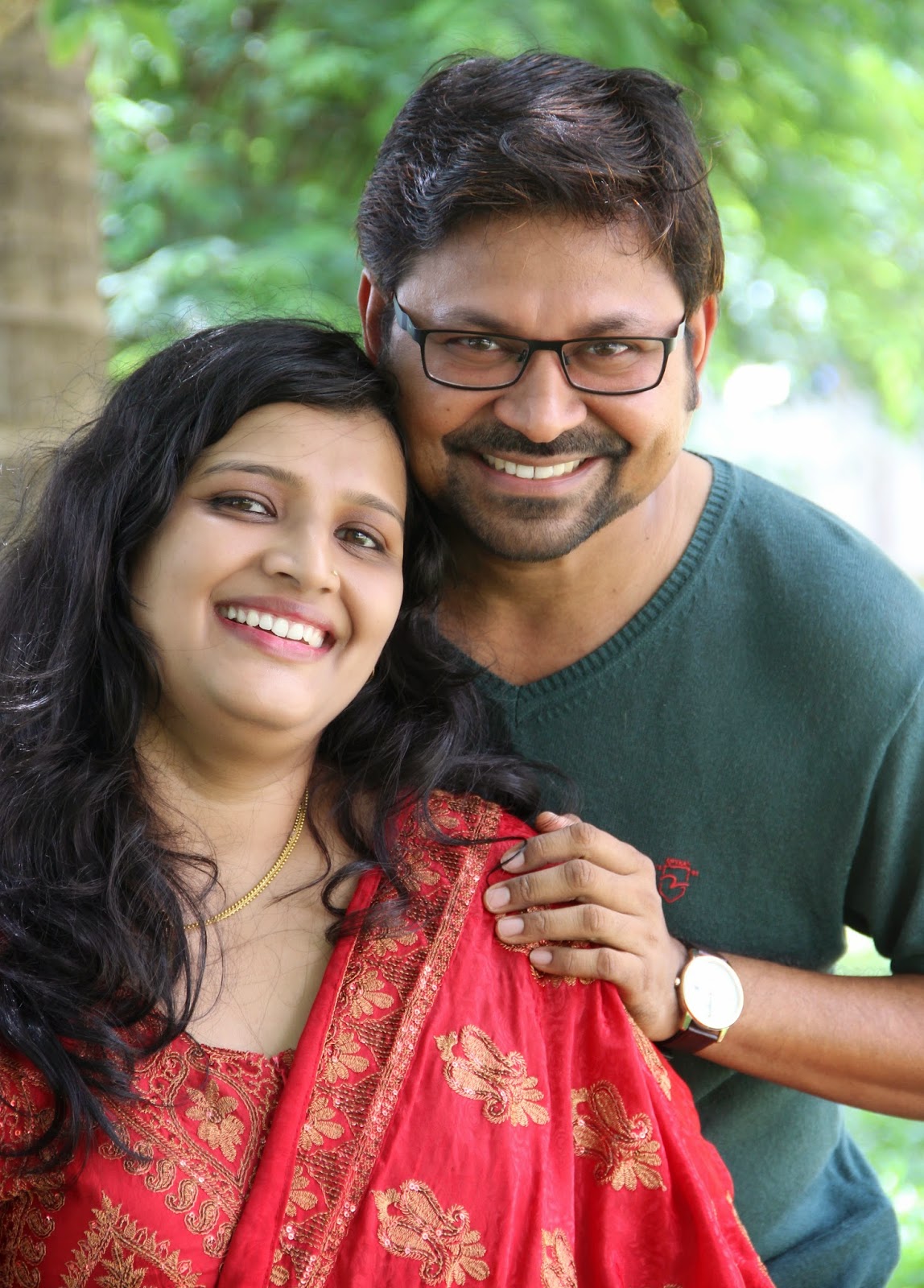 Ameena talks about life with the film director Salam Bapu

Ameena's father got a shock. Her daughter's mobile bill was Rs 45,000. 'How is it possible?' he thought. And, finally, Ameena told her father the truth. She had been making calls to Salam Bapu, an assistant director of Mollywood, and wanted to marry him.

Her parents, and her elder brothers, objected strenuously. “They were against the proposal, because Salam is in the film industry,” says Ameena. “They would not have minded if he was working as an advocate. They knew Salam had a law degree.”

Meanwhile, things were at an impasse. A few months went past. Then one day, Ameena told her father, “Vapa, I cannot handle the pressure any more. I love Salam and want to marry him.”

The father relented, and both the families met and the marriage was fixed.

It took place on June 19, 2004, at Ameena's home town of Muvattupuzha. Actor Biju Menon and film director Lal Jose were present. “Lal Jose Sir observed me and told Salam that I am a good girl,” says Ameena. Her striking memory of that day was when the couple were travelling from Muvattupuzha to Salam's home in Ponnani, she was toying with Salam's specs and broke it. “I was shocked,” says Ameena. But Salam managed to get it repaired.

The couple had no time to go for a honeymoon. While Salam, who was working as an associate director with Lal Jose, had a movie to work on, Ameena returned to the Women's Government College at Thirivananthapuram where she was doing her second-year BA.
Ameena met Salam for the first time when she was selected, from college, to compere an Iftaar programme on a television channel in which Salam was writing the script. They liked each other, although Salam teased her about her delivery style.

“After the programme was over, we remained in touch, thanks to mobile phones,” says Ameena, with a smile, at her apartment in Tripunithara. “Over a period of time we developed feelings for each other.”

And today, ten years later, she remains smitten by Salam. Once, she had gone to watch him shoot scenes of 'Red Wine', Salam's debut film, at Wayanad. “I had eyes only for Salam,” she says. “So much so, the producer's children began teasing me. They asked me whether I had not seen my husband earlier, and why was I staring at Salam? We are very attached to each other. Wherever he goes, I will call him up or he will do so. I miss his physical presence a lot.”

So, she always goes to the location when a shoot is going on. And Ameena is amazed to see the transformation in Salam's character. “Salam will talk loudly,” says Ameena. “Sometimes, he will shout at the crew. I always ask him, 'Why do you shout so much?' At home, he is soft-spoken and calm.”

And patient, too. “Like most women, I have mood changes,” says Ameena. “Whatever mood I am in, it can be seen on my face. If I am depressed, it lasts for a while. But Salam waits patiently for me to feel better. He has a true love for me. We are both surprised that a decade has gone past. We feel so fresh in our marriage.”

She likes his other qualities, too. “Salam is passionate about films,” says Ameena. “He is dedicated to his career. But even when he is working full-time, like he is doing now, for 'Manglish', the family is always in his thoughts.” The couple have two children, Adheena Fatima, 8, and two-year-old Ayisha Fatima.

But there are times when he wanders off mentally. “Even though he is in the house, he is in another world, especially if a shoot is going on,” says Ameena. “All creative people are like that. Sometimes, I would get upset, but now I have got used to it.”

Salam's one drawback is his lack of punctuality. “That irritates me a lot,” says Ameena. “I am always punctual, because my parents have taught me to be like that. So if we have to go out at 6 p.m., I will start urging him to get ready by 5 p.m.”

Whether he is punctual or not, whenever they have free time, they go to the beach in Fort Kochi or at Ponnani. And the reason is simple: Ameena is fascinated by the sight of water. “If I feel any tension, I can sense it seeping out of me, whenever I stare at the waves,” says Ameena. “We sit on the beach for hours, and have long conversations. I tell Salam he is very lucky. Whenever I say I want to go out, he knows that he only has to take me to the beach.”

When asked to give tips for a successful marriage, Ameena says, “Husband and wife should trust each other. Don’t irritate the husband. After a while, you will know his likes and dislikes. So, you can adjust your behavior accordingly. It is also important that there is love and caring between the two.”