​“Pakistan is not ready for peace with India” 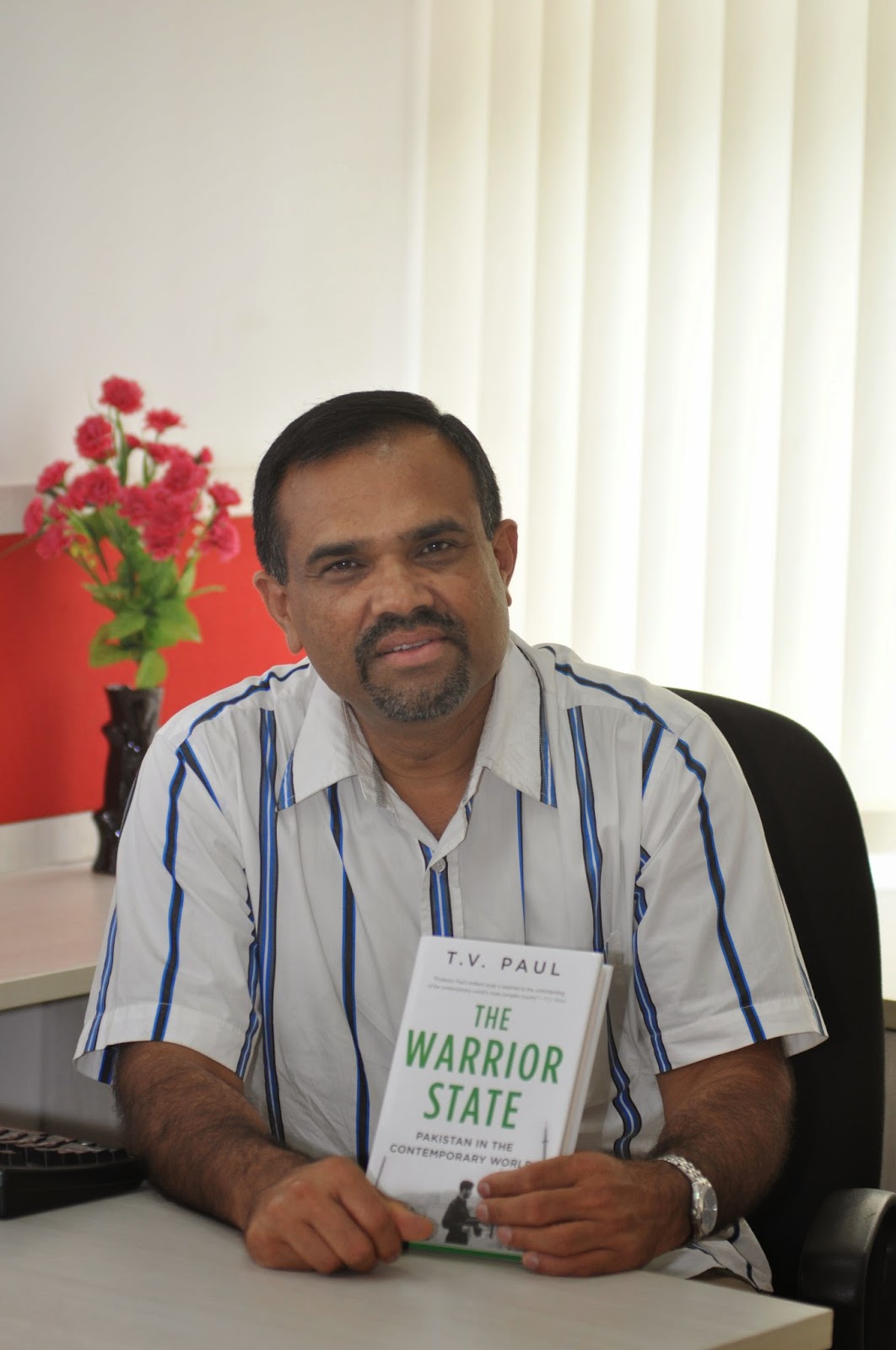 Prof. TV Paul, of McGill University, Canada, has explored the country in depth in his engaging book, 'The Warrior State – Pakistan In The Contemporary World'

“One of the major grudges that Pakistanis hold against Indians is the loss of Eastern Pakistan, which became the new country of Bangladesh, in 1971, with the help of India,” says TV Paul, a Malayali, who is the James McGill Professor of International Relations at McGill University in Montreal, Canada. “They consider it as an act of perfidy that needs to be avenged.”

Paul says that there is a feeling of betrayal in Pakistan. “It is like two brothers dividing their ancestral property, and one not getting enough and feeling unhappy,” says Paul, while on a recent visit to Kochi. “Pakistanis feel that, during the 1947 Partition, they should have received more money, the whole of Kashmir, and more areas of Punjab and Bengal.”

Thanks to India's huge size, an insecure Pakistan wants to have strategic parity. “But that is difficult to achieve because they are economically unequal states,” says Paul. “So Pakistan has become friends with the USA and China to balance off India.”

The challenge for the Narendra Modi government will be to break down these barriers that have been created during the past 66 years. “It will take a lot of effort,” says Paul. “But I don't think Pakistan is ready for peace with India.”
And it does not help that Pakistan is one of the most violent and dangerous countries in the world now. That's because the security services have created a monster called the Taliban, which they are unable to control.

“The insurgents have created an uncertainty of life in Pakistan by their bold attacks, like the one at the Karachi airport on June 8th,” says Paul. “So people are not able to enjoy any degree of security as well as support from the state. Their daily lives are a challenge.”

And the Taliban could wreak havoc if they could get access to any one of the 110 nuclear warheads that Pakistan has. “This is a major concern for the international community,” says Paul. “However, there are two things that prevent this possibility.”

One is the 'Permissive Action Links' technology which the US has given to Pakistan. This prevents unauthorised arming or use of a nuclear weapon.

The second attribute is that the weapons are not mated. This means the components are kept separately. “So the Army will need a bit of time to assemble them,” says Paul. “However, the militants will try to capture some of these facilities, with the possible help from the jihadists within the army or the ISI (Inter-Services Intelligence) who have an interest to put the weapons in the wrong hands.”

All these and more have been elaborated on in Paul's lucidly-written book, 'The Warrior State – Pakistan In The Contemporary World', published recently by Random House India.

And his book makes it clear that the military continues to call the shots in Pakistan. “For any major initiative, with respect to India, Afghanistan, or the Taliban, the military takes the final decision,” says Paul. “The civilian government has been trying to get some autonomy, especially in foreign affairs and defence, but with limited success.”

However, Prime Minister Nawaz Sharif has been able to appoint General Raheel Sharif, his choice, as chief of the army staff. But whether Sharif will be able to transform the administration is yet to be seen. “For that to happen, the military has to agree on many things,” says Paul.
​
Meanwhile, the silver lining has been the judiciary. “Earlier, the judiciary used to act as the third arm of the government, but now it has shown an activism, which has kindled hope,” says Paul.

But even even as it is trying to send [former President] Pervez Musharraf to jail, the likely possibility is that the government will send him into exile. “So, it is unclear whether the judiciary can bring about fundamental reforms,” says Paul. “The lawyers who were demanding Musharraf's ouster were the same ones who applauded Mumtaz Qadri, the killer of Punjab governor, Salman Taseer.”

Taseer had appealed for a pardon for a Christian woman, Asia Bibi, who had been sentenced to death for allegedly insulting the Prophet Muhammad. “So there is a divisive tendency among the people,” says Paul.

The country is not only divided, but poor. This, despite getting $73.1 billion in aid from several international sources, between 1960 and 2012.

Unfortunately, most of the aid went for military purposes. “Pakistan bought several weapons, and a lot of the cash went into the coffers of the military and the civilian elite,” says Paul. “The funds were not used for education, economic development or poverty reduction. In the end the country has remained poor.”

Even being a one-religion country has not helped. “The use of Islam has failed to pacify the class and ethnic divisions,” says Paul. “Economic development has been uneven. Some ethnic groups are less successful than the others. Overall, it is a grim situation.”
(The New Indian Express, Kochi and Thiruvananthapuram) ​