Narration During A Car Ride 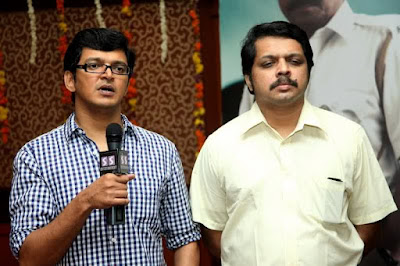 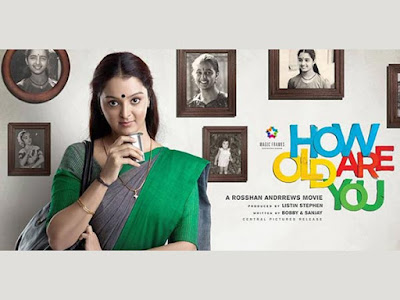 Photos: Scriptwriters Sanjay and Bobby; the poster of 'How Old Are You'

Scriptwriters Bobby and Sanjay talk about their experiences in the films, 'Ente Veedu Appuvinteyum', 'How Old Are You?' and 'Traffic'

For their first film script, 'Ente Veedu Appuvinteyum' (2003), Bobb and Sanjay felt that Jayaram would be the best person to play the hero. So, one day, they got in touch with Jayaram, who said he was on his way to Kottayam, the home-town of the scriptwriters, for a function. But Jayaram also added that he had to leave immediately, because he had to attend another function at Allapuzha. So, Sanjay narrated the script in the car when Jayaram left Kottayam.

Following the hearing, Jayaram said, “There is a child in the film. Who will be playing that?”

Jayaram mulled over it and stopped the car at Changanacherry. Then he stepped out and called his wife Parvathy. Afterwards, he told Sanjay, Kalidas would act in the film.

This opportunity turned out to be very good, not only for Jayaram, because the film became a hit, but also for the youngster. For his performance, Kalidas won the Kerala State Film Award as well as the National Award for Best Child Artist.

A different type of narration took place when Bobby and Sanjay had readied the script of 'How Old Are You?' (2014). “When we were writing the story, we did not know who could play the heroine,” says Bobby.

Then came the news that Manju Warrier was making a comeback. So, Sanjay and Bobby went to Manju's parents' home in Pullu, Thrissur, and narrated the script. “Manju listened with rapt attention for the entire two hours,” says Bobby.

At the end, Manju said, “This is the challenging role that I was looking for. It suits me perfectly.”

When Manju accepted, the duo felt happy and tense at the same time. “Her comeback had generated a lot of attention in the media,” says Sanjay. “We were worried that if the film did not do well, it would reflect badly on us. However, Manju was confident that it would do well.” This belief was not misplaced; the film became a hit. And Manju made a resounding comeback.

For the Tamil version of 'How Old are you', ('36 Vayadhinile') , there is a scene where actor Jyothika goes to see the President of India. Bobby and Sanjay sent a list to the production controller in Chennai indicating that the number of extras needed to play the roles of Security and Protocol Officers, as well as the Black Cat commandoes.

After a week, there was a message from Chennai. Everybody had been readied, except for the black cats. “They told us they had managed two black cats, but the others were white and brown in colour. Was that okay?” says a smiling Bobby.

The scriptwriters had a different experience on the sets of 'Traffic'. In the film, there is an important character called Dr. Simon D'Souza. “We had a desire that our uncle Jose Prakash should play this role,” says Bobby. “He was 84 at that time, and not keeping good health.” Initially, Jose was not keen but agreed when his nephews urged him.

One week before the shoot, Jose asked for the script. Thereafter, he began rehearsing at home.

“My uncle had acted in 300 films,” says Sanjay. “Despite this, it seemed to us, looking at the excited look on his face, that he was acting as if for the very first time.” In the end, the shoot, at Jose's home at Vaduthala, went off very well.

(The New Indian Express, Kochi, Thiruvananthapuram and Kozhikode)
at August 12, 2017