HIV positive children, when told about their status, tend to ignore it and lead normal lives

Today, the prognosis is not good for Lata. “I am taking antiretroviral (ART) drugs, but my CD4 count has been below 200 for the past three years,” she says.

Her 12-year-old son has a CD4 count of 408 and is in good health. (Normal CD4 counts in adults range from 500 to 1,500 cells per cubic millimetre of blood. The CD4 count goes down as the HIV disease progresses).

“I told Mani about the virus two years ago,” she says. “He felt he was suffering from something when he overheard my conversations with Aids workers. So, I felt it was better to tell him.”

Initially, Mani refused to believe it. “But now he has accepted it, but does not think about it much,” she says.

Asked about the future, Lata says, “My only fear is that if I die soon, who will look after my son? An institution cannot show as much love and affection as a mother.”

Sitting next to her is Meenakshi, who realised only three years ago that she was HIV positive, along with her daughter, Anita. Her husband, who died 10 years ago, had died of Aids.

“Through all these years, we had the usual coughs, colds and illnesses,” she says. Around three months ago, she told Anita, 14, she was also HIV+. “My daughter did not take it seriously,” says Meenakshi. “She does not know how dangerous the disease is.” Thankfully, Anita’s CD4 count is above 200 and hence she is not taking ART drugs.

Lata and Meenakshi were among 2000 people who were present at the Snehasangamam meet held at St. Teresa’s College, Kochi, a few days ago.

This meet, for HIV affected people, was organised by the Council of People Living with HIV/AIDS in Kerala (CPK+), in association with Unicef, and the Kerala State AIDS Control Society.

“By organising this meet, we wanted to tell these people they are not alone,” says Joseph Mathew, secretary of CPK+. “At this gathering, they will realise there are many others like them, and we are hoping it will give them the courage and confidence to face life.”

However, Radhika, 28, is nervous about the future. She got the virus from her late husband -- a truck driver at Nasik – and was devastated when she realised she has passed the disease to her seven-year-old son.

“When a parent realises the child is positive, they go through a period of intense sorrow,” says Devashish Dutta of Unicef. “How they cope and come out of it depends a lot on counselling and the support given by networks. The message, ‘You are not alone’ helps them to get over the trauma.”

Most of the children are facing life without being aware they are HIV positive. “Only 34 per cent know about their status,” says M.P. Antoni, Project Director of Rajagiri College-Community Aid and Sponsorship Project, which did a study on children affected by AIDS/HIV in Kerala, in association with CPK+ and Unicef.

However, he says, when children come to the Snehasangamam meetings, they come to know indirectly they are HIV positive.

“After a certain age, the child is going to ask, ‘why am I falling ill like this?’” says Dutta. “Then, you have to explain HIV and Aids to them. When the ART treatments begin, you have to make the child understand that it is not his or her fault, especially if they are old enough to understand it.”

Nevertheless, the future is not at all rosy for these children. Says Dutta: “Out of 100 children, around half will die by the age of five, if they are not treated early enough.” However, if the treatment starts on time, and ART drugs are given, the children could live well into adulthood, he says.

When asked about the psychological state of HIV positive children, Dutta says that if a child is kept isolated, because of irrational fears and misconceptions, he or she could end up in a fragile emotional state.

“The nice way is treat the child like any other normal child,” he says. “However, the best solution is to keep the parents alive as long as possible.”

Dutta also has a message for the parents of normal children: “I do not know of a single instance of a child infecting another child by living, playing or eating together.”

Meanwhile, on this Saturday afternoon, the children were running around in the college campus, shouting, laughing and playing the little games only they know how to play so well.

A few of them take part in the cultural competitions: singing, dancing and doing mimicry acts. For a brief while, they have forgotten the problems of their life and become what they should be: happy, carefree children having the time of their lives.

More than 2 million children worldwide are living with the HIV virus. The majority were infected even before they were born

18% of families were forced to move from their homes when their status was revealed.

Only 34% of parents have told children about their HIV+ status

Memories of my uncle and the ancestral home 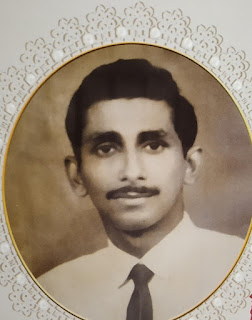