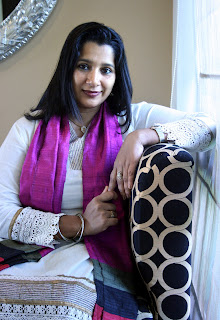 It was September, 1993. Nisha was waiting in a room in the house of her grandfather, NJ Chandy, in Alleppey. Suddenly, there was the sound of cars arriving in the courtyard. When Nisha peeped in from the window, she saw a cream Ambassador car, with the number plate, 1616. A young man stepped out. “He wore a yellow and white striped shirt and blue trousers,” says Nisha. “He looked smart and business-like.”

The young man, Jose K Mani, was the son of veteran politician, KM Mani. Jose had come to see Nisha during an 'arranged marriage meeting'. But the Chandys had already done their homework on Jose's character.

“Whoever we asked told us that Jose was a caring, well-educated, and God-fearing person,” says Nisha. “So I thought this guy sounds nice. I liked the character before I saw the person.” Jose also liked Nisha. Apparently, he had seen her win the Miss Kerala beauty contest title (in association with Femina) in 1991.

The couple got married at the St. Thomas Cathedral in Pala on February 6, 1994. And after 18 years of marriage, Nisha only has praise for her husband. “Jose is warm and caring,” she says. “When I come out of the bathroom after a bath, he will immediately ask me whether I have dried my hair properly. However late he comes, sometimes, he will tell me he had his dinner, even though he has not. I don't think any husband in Kerala will allow this. They expect food on the table all the time.”

Nisha knows that Jose has not had his dinner when he starts nibbling chocolate from the refrigerator. “So, I always keep aside something in the fridge for him,” she says. “All I have to do is to heat it up.”

Nearly every day, the Member of Parliament from Kottayam comes home after midnight. “Then Jose does a lot of work on government files,” says Nisha. “He reads a lot, including articles and books. I keep away, because I don't want to disturb him. I give him a lot of space. Jose goes to sleep at 2 a.m., and awakens at 6.15 a.m. But I have a habit of getting up late. He leaves the room without making a noise.”

Nisha is amazed that sometimes, at 1 a.m. when she goes to him with a problem, Jose pays attention intently. “To listen to me, after such a long day, you need to have immense patience,” says Nisha. “Sometimes, we discuss our children.”

Another plus point of Jose: “There are many politicians who preach that the women should be educated and empowered, but my husband practices what he preaches,” says Nisha.

Thanks to Jose’s encouragement, Nisha did her cost accountancy from the Kochi and Thiruvananthapuram chapters of the Institute of Cost and Works Accountants of India and got a Masters of Human Resource Management degree through long-distance study from the Symbiosis Institute in Pune. “Today, I work as a freelance HR consultant,” she says.

But the one negative point about Jose is his intense desire for cleanliness in their bungalow at Kottayam at all times. “Jose expects the house to be spic and span,” says Nisha “Everything has to be in its proper place. A pillow, by mistake, cannot be on the floor. If we return from a journey, the clothes have to be immediately unpacked, and the bags put back in the cupboard where they are usually kept.”

Nisha pauses and says, “We only have arguments about this.”

But there are no arguments for Nisha regarding her most unforgettable experience. Jose had contested the 2004 elections for the Muvattupuzha constituency. “We were watching TV and it was clear that Jose was losing,” says Nisha. “It was the first time I was experiencing something like this. I went to my room and began crying. Jose walked in. He had a look of peace on his face. He told me, 'Come, let us go out.'”

Outside in the garden, several party workers were milling about. They were crestfallen and there was a gloomy silence all around. Jose pointed at the workers and said, “Nisha, the people are sad and dejected. If we don’t remain calm and composed, they will be totally shattered.” Thereafter, he left Nisha and began mingling with the workers. “I just fell in love with him once again,” says Nisha. “It was amazing to see the way he handled the defeat, and the strength with which he moved forward. My love for him doubled.”

Jose K Mani belongs to the Kerala Congress (Mani). In 2007, he became the general secretary of the party. He won the Lok Sabha elections in 2009 from the Kottayam constituency by defeating Suresh Kurup of the CPI(M) by over 70,000 votes.

He is one of the youngest members of Parliament and is a member of the Lok Sabha Committee on Transport, Tourism and Culture.

Jose graduated from Loyola College, Chennai, and got a MBA degree from the PSG College of Technology, Coimbatore.