Having the right chips 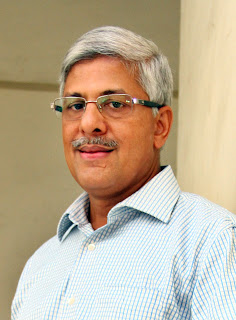 In May, 2009, Alex Thomas read a small news item in the 'Dhanam' business magazine about opportunities of starting a snack food industry for banana and cassava (kappa) chips. In the write-up, the name of the equipment supplier, 'Heat and Control Australia' was mentioned. “I searched their web site and got in touch with them,” says Alex. “They are the pioneers in food processing machinery.”

It was a learning curve for Alex, since he was in the Ready Mix concrete industry. One day, a friend mentioned that there was a one-week course in snack foods at Ohio State University, USA. It cost $5,000. Alex went in September, 2009.

“The most important thing that I learnt was that people buy snacks not for health reasons, but for the taste,” he says. Alex was able to see a potato chips factory in operation, as well as the manufacturing facility of 'Heat and Control'. “Participants included people from different parts of the world and I could get an idea of the snack food culture in those countries,” he says.

From Ohio, Alex went to Colombia to see a banana chips factory. The South American country has the largest number of banana plantations in the world. “In Colombia, workers handled the banana bunches (vazhakula) the way they would hold a new-born baby,” says Alex. “They ensured that it did not touch the ground during transportation.”

This was in marked contrast to what happens in the markets in Kerala. Workers just throw the banana bunches to the ground from the lorry. “That is when the raw material gets damaged,” says Alex.

After he returned, Alex prepared a detailed business plan, with the help of a consultant. “I explained all the activities that were needed to launch and market the product in a transparent manner,” he says. As a result, Alex secured a loan of Rs 6.6 crore from the Kerala State Industrial Development Corporation. Thereafter, Alex approached well-known businessmen like C.J. George of Geojit and Kochuouseph Chittilappilly of V-Guard Industries, and they came on board as investors, apart from a few others. Eventually, based on an investment of Rs 15 crore, he set up a 20,000 sq. ft. factory at the Food Park at Adoor under the company name of Tierra Food India Pvt Ltd in May, 2012.

Inside the factory, the bananas and cassavas are peeled, then washed, and put through a slicing machine. Then it is taken to the frier and dipped in 1200 litres of triple refined palmolein oil. The chips are fried in two minutes and then passed through an ambient air cooler which cools it and gets rid of excess oil. “Thereafter, it will go through an inspection conveyor belt where over and under-fried chips are removed manually,” says Alex. “The chips later pass through a rotating drum which sprinkles flavours onto the products.” Around 55 workers are involved in this procedure.

And things have been moving along smoothly. In August, the company notched up sales of Rs 50 lakh. “We hope to reach Rs 1 crore in September,” says Alex. The branded chip market is worth Rs 100 crore in Kerala. “People are more conscious of hygiene and health these days, so they look for top-quality products,” says Alex.

The entrepreneur is expecting the company to break even in one-and-a-half years. “We never expected our product to be accepted in the market so fast,” he says. Alex's immediate priority is to supply 20,000 outlets in Kerala, which store branded chip products. “At the moment, we have only reached 12,000,” he says. “But the future looks very bright.”