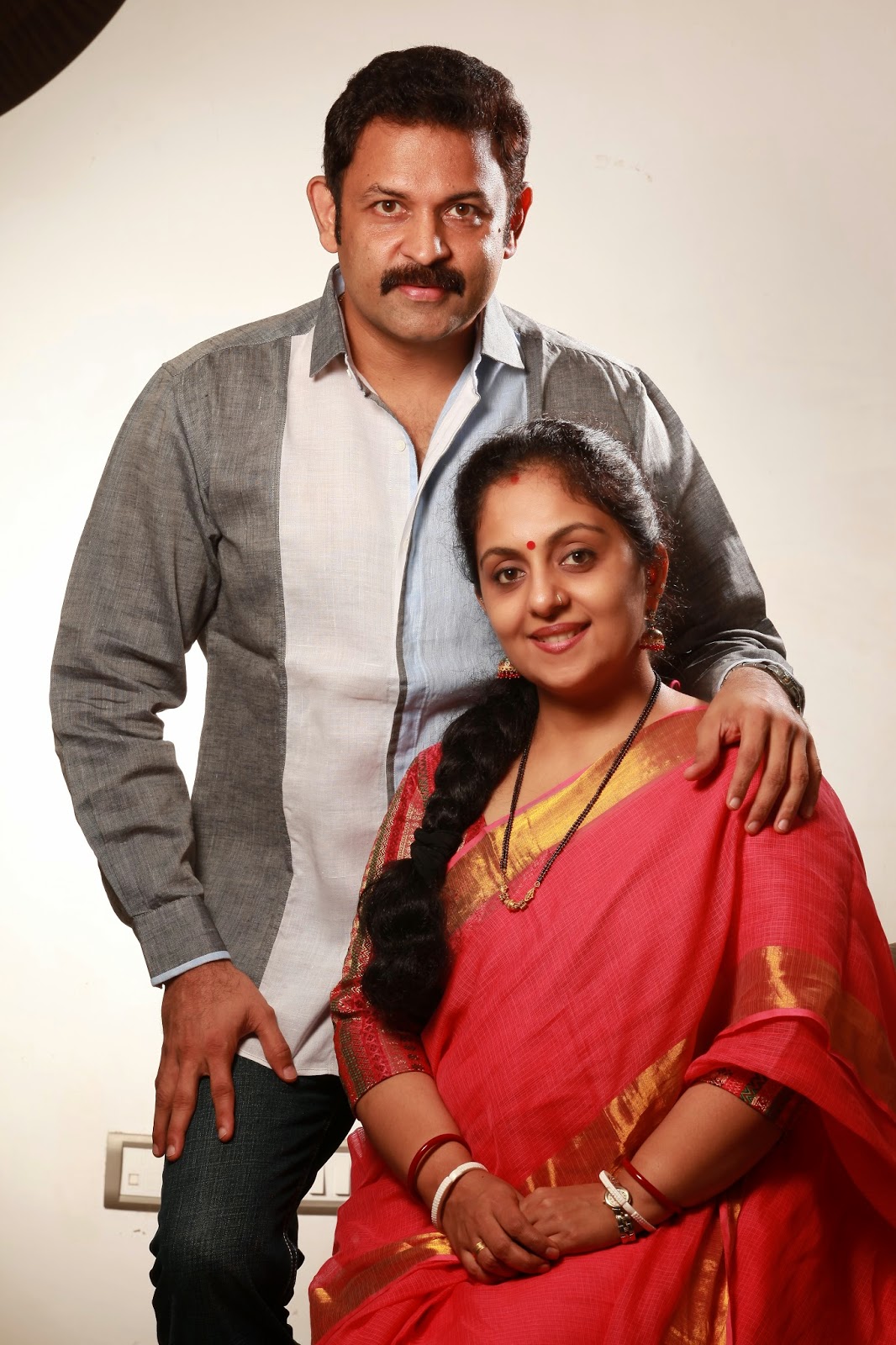 Sindhu talks about life with the actor Krishna Kumar

When Sindhu wanted to make an international call to her Muscat-based parents, she would go to a communications centre in Thiruvananthapuram. Now and then, she noticed a handsome young man who worked there. The face seemed familiar. Then Sindhu realised that he was Krishna Kumar, a newsreader on Doordarshan. "He was good-looking and seemed a nice person," she says. Sometimes, they smiled at each other.

One day, Sindhu set out from her hostel at the All Saints College with her sister, Simi, and friend, Lakshmi to go shopping. They entered a shoe shop. Once again, she saw Krishna, who was speaking to the owner, the actor Appa Haja.

Sindhu spotted a pair of heels which she liked. But, at Rs 700, it was expensive, and she did not have the money. So she told Appa she would return the next week to buy it. "But Appa insisted that I take it and pay the money later," says Sindhu. When she came the next week, Appa told her that Krishna liked her and would like to marry her.

"I did have a crush, but I never thought of marriage," says Sindhu. Then Krishna came and they went out for lunch. "And we spoke for a long time," says Sindhu.

Following lunch, they exchanged phone numbers, and remained in touch. Sindhu was doing her MA, while Krishna had just finished his first film, 'Kashmeeram'.

One particular day Sindhu was returning by train with Simi from her parents' home at Kadakkavoor. But when they arrived at Thiruvananthapuram station, people said it was a hartal. It was the time when there were no mobile phones, so they did not know about this. They were wondering what to do. But suddenly they saw Krishna. He had been waiting for them. "He said, 'Come to my house, which is nearby, and you can meet my parents'," says Sindhu. She did so and ended up liking Krishna's parents.

Soon, Sindhu informed her father and mother. They flew down from Muscat, met Krishna's parents, and the marriage was finalised, despite the fact that Sindhu belongs to the Ezhava community while Krishna is a Nair.

"My family did not have any problems, but my relatives were upset," says Sindhu. "They asked my father why he said yes."

Nevertheless, her parents held firm and the marriage took place on December 12, 1994 at the Trivandrum club. But they were unable to go for a honeymoon because within a short while Sindhu got pregnant. The months went past. Then one day Sindhu went to the hospital for a check-up. Suddenly, the doctor said that Sindhu had to be admitted, since she could give birth at any time.

"I was scared and confused," she says. "I was young and did not know what to expect." In the labour room she felt panicky. So, she called out for Krishna. He came in, hugged her and gave her strength. Their first child, Ahaana, 18, is now acting in a Rajeev Ravi film. Then there is Diya, 15, Ishaani, 13, and Hansika, 8.

Sindhu says that Krishna is a devoted father. "He is more like a friend to them," says Sindhu. "But Krishna is also particular that the children lead a disciplined life. He insists that they sleep early, and get up early, even though the next day might be a holiday and the children would like to sleep late."

Asked about his character traits, Sindhu says, "Krishna is my best friend. People say that we talk like newly-weds, giggling and laughing. We discuss everything, including family and financial matters. In fact, our property and bank accounts are held jointly."

Other traits include Krishna giving all the money to Sindhu. "Krishna is perhaps the only husband in Kerala to do so," she says. "He never spends anything for himself. That's why I buy all his clothes. When he is going out he will not check his purse. He is sure that I have kept enough money in it. He never questions my spending even though I am a bit of a spendthrift. Krishna just wants us to be happy."

Krishna's negative trait is that he is short-tempered. "You cannot predict what will irritate him," says Sindhu. "Sometimes, on big issues, he will remain cool, while on small matters, he will get angry. For example, he might get irritated if the TV set is switched on and nobody is watching. Whenever he scolds me or the children, there is no doubt that what he is saying is right. But sometimes, I do get irritated."


But that is momentary. When asked for tips for marriage, Sindhu says, "The number of times Krishna and I have fought, we could have divorced a long time ago. When you get married, and have children, you must make your marriage work. It is easy for a husband and a wife to break up, but what will happen to the kids? They can never have a comfortable life after that. I have seen friends having second marriages, and the pain the children of the first marriage go through is sad to see. Whatever be the flaws of your partner, just forgive and forget."

(The New Indian Express, Kochi and Thiruvananthapuram)
at February 11, 2014