The Man Who Saw Too Much 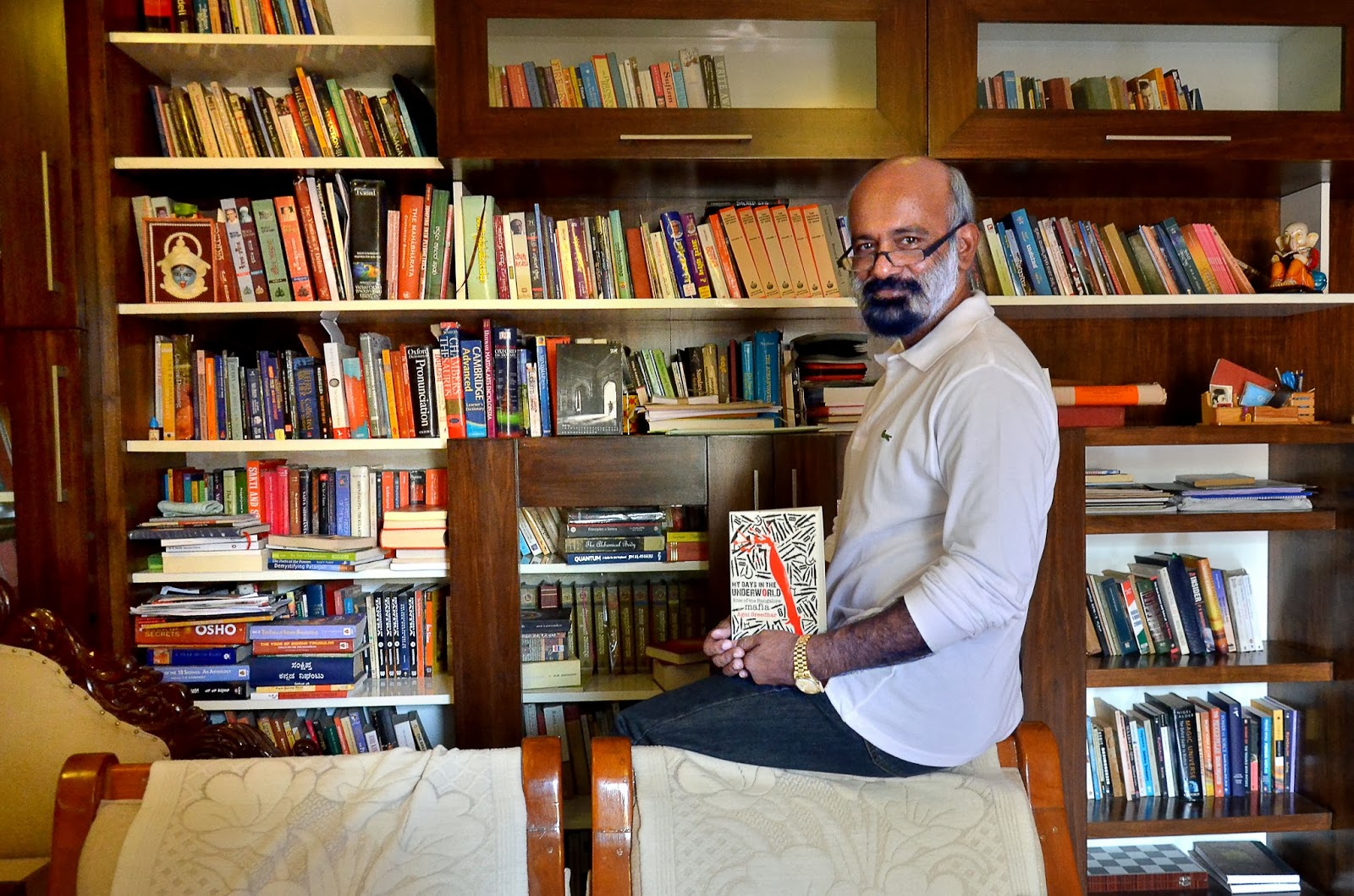 Agni Sreedhar, a former underworld don in Bangalore, has written a gripping account of his career in crime

“I hit Kotwal [Ramachandra] on the head with a machete,” said underworld thug Seetharam Shetty in a statement to the police. “Bachchan landed blows to the neck and head. [Author] Sreedhar struck with his nunchaku. Kowtal died without offering resistance.”

It was a famous murder because the man who was eliminated was Bangalore's numero uno don, Kotwal Ramachandra. And this event, which took place on March 22, 1986, has been recounted in detail by Agni Sreedhar in his gripping memoir, 'My Days in the Underworld – Rise of the Bangalore Mafia'.

In the underworld, people commit murder so that it will bring fame which can then be translated into money. “When we killed him, Kotwal was notorious, more than the smuggler Veerapan was in his prime,” says Sreedhar.

Definitely, it established Sreedhar's credentials in the underworld. This book is the story of his life in crime: the fights, the extortions, money-making rackets, the big egos of rival gangsters, the constant anxiety and fear of being attacked and the need to counter-attack, and the topsy-turvy relationship with the police. This link is adversarial, for the most part, and friendly during mutually beneficial times.

Sreedhar also confirms what most people already know: the close tie-up between the underworld and politicians. In fact, there is a disturbing photo of current Karnataka chief minister, Siddaramiah, along with the late Chief Minister Ramakrishna Hegde sitting around a table with a notorious hoodlum, 'Dadi' Puttaswamy.

In fact, this memoir is studded with insights: “Prison is a strange place,” says Sreedhar. “Nowhere else do clashes, plotting and gossip take on the proportions that they do here. The fearsome stone walls, the barracks, the faces and the names that count the hours behind the iron bars -- all these things kill a convict's sensitivity. A man who spends six months in jail will come away a hardened criminal even if he was innocent when he entered.”

Everybody suffers, including jailors. “In a way, even jailors are imprisoned,” says Sreedhar. “Their houses are close to the jail and even when an inmate is freed, the jailors are not. Their work continues. Their sole responsibility is to cope with notorious criminals and thugs. But when you meet these people every day they cease to become fearsome offenders; instead, they become nothing more than weathered men caged like animals behind bars.”

All these conclusions reveal that Sreedhar is sharp, intelligent, and a shrewd judge of people. So it was no surprise that he ended up becoming a don. But he had luck too. When a murder attempt was made, with several shots fired at the car that he usually travelled in, he was not in the vehicle. In the end, fed up with his life in crime, Sreedhar decided to quit. And he became the rare and lucky criminal who was able to walk away. Interestingly, throughout his career in crime, Sreedhar retained an interest in writing and literature.

'My Days' originally appeared in Kannada under the title of 'Dadagiriya Dindagalu'. It became a best-seller and won the Karnataka State Sahitya Akademi Award.

Today, Sreedhar runs a successful Kannada tabloid, 'Agni'. He has also written on his favourite subject of quantum philosophy, penned scripts and directed award-winning films. He is at the forefront in the agitation against mining in Karnataka. All in all, Sreedhar is a remarkable human being who could have easily been a success without having to venture into the world of crime.

Title: My Days In The Underworld – Rise of Bangalore Mafia