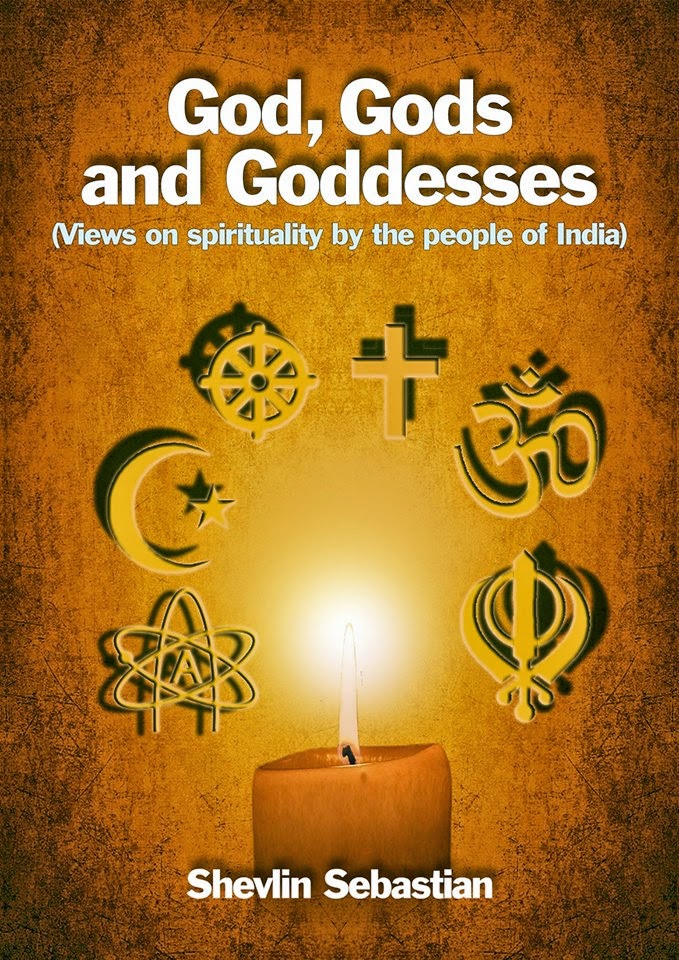 Thanks to Fr. CM Paul for this review of my book

“God, God’s and Goddesses” is the third e-book published this year by popular author of children’s books, Shevlin Sebastian, a columnist and journalist who worked in Kolkata, Mumbai and Kochi for more than 30 years. In the present tome, Shevlin makes a bold venture to handle an off beat topic – spirituality beyond rituals and religious affiliation.
Professing to be a liberal and libertarian to a point, Shevlin dabbles in all sorts of faith experiences of believers and nonbelievers alike, of both mainstream and esoteric religions.
Neither does Shevlin hesitate to say that he is a born Christian.
In this 142-page book Shevlin also propounds his own version of religious boon theory: “You get special blessings if you pray to Gods of religions other than the one you are born in.”
While reminiscing about the origins of his popular column in the south Indian daily, ‘The New Indian Express’, called ‘Spiritual Matters’, Shevlin reveals his attempt to show readers Sri Ramakrishna Paramhamsa’s thought that “the paths are different, but the aim of all people is to get in touch with the Universal Energy.”
For the current work, Shevlin scripts candid conversations with Muslims, Hindus, Christians, Jains, Buddhists, Parsis, Sikhs, and atheists on a wide variety of views and recounting interesting spiritual anecdotes from their lives.
Among celebrities sharing their belief systems, they include Kolkata’s singing sensation Usha Uthup and Oscar Award winner Resul Pookutty, writers like UR Anantha Murthy and Jaisree Mishra, Mollywood filmstars such as Jagadish and the late Thilakan, Bhama and Lakshmi Gopalaswamy, religious leaders, senior police offers, tourists, best-selling authors, municipal officials, beauty queens, High Court Judges, teachers, dancers, college students, and business magnates.
Apart from that, there are first-person accounts of a visit to Sabarimala, the Maramon Convention of the Mar Thoma church, one of the oldest annual meetings, a write-up on the experiences of grave diggers of three faiths. There is also a profile of a painter who has done a 18ft high mural of Lord Shiva.
Scripted in brief chapters and brisk narration, the book is unputdownably inspiring!
(Published in Mattersindia.com)