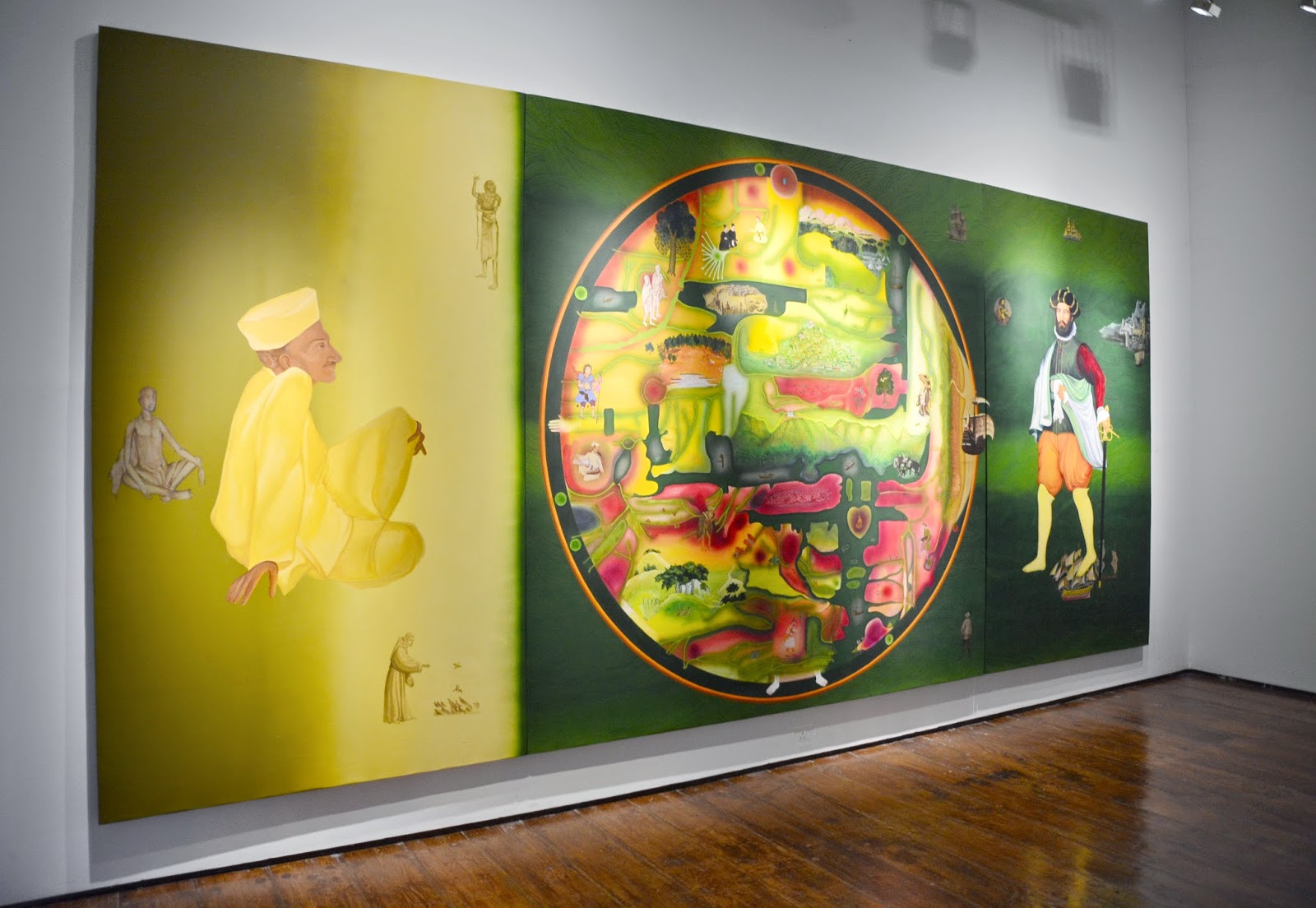 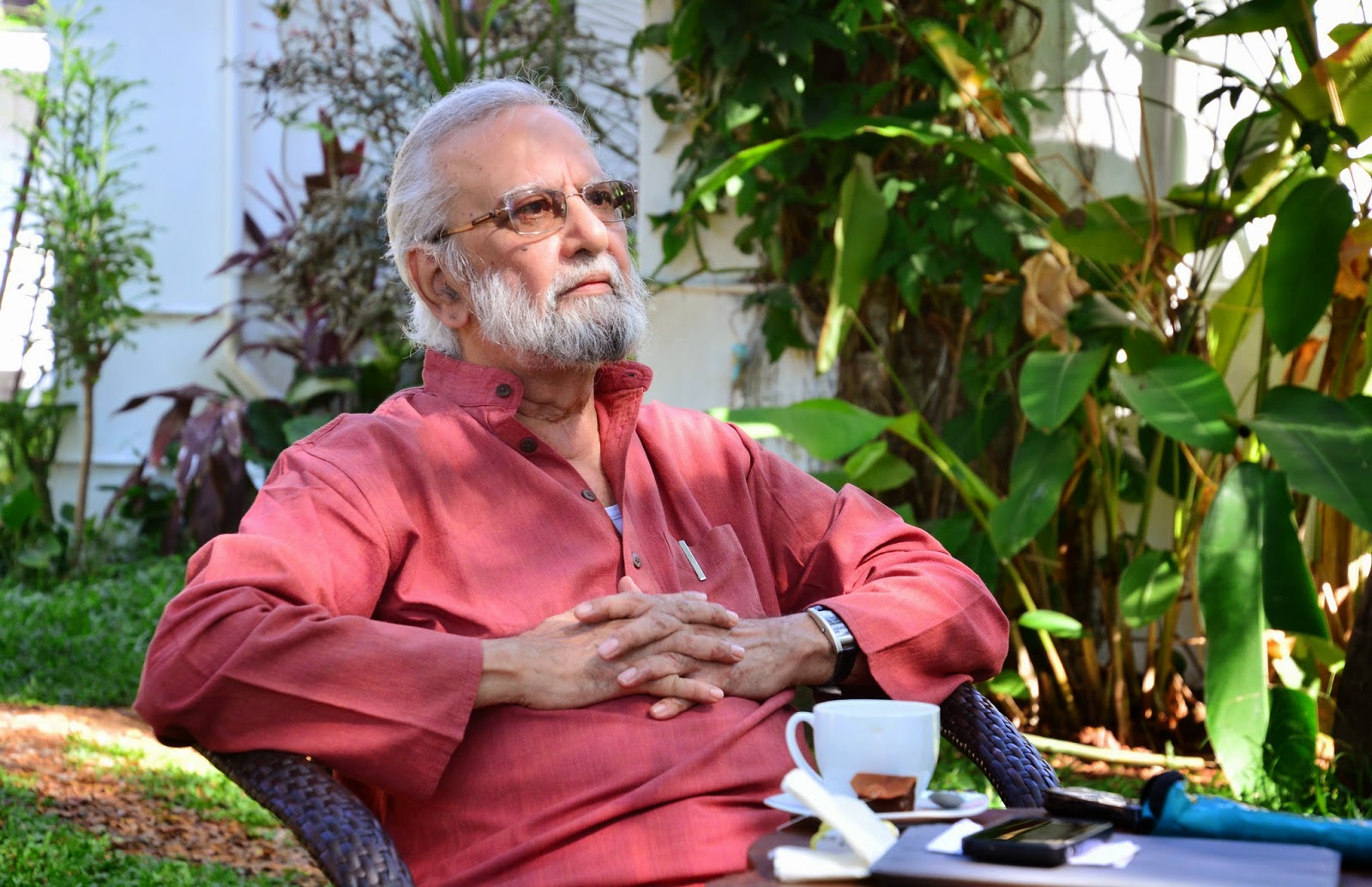 The British artist Hew Locke is standing at Vasco Da Gama Square, at Fort Kochi, along with his wife, the Indian-origin artist, Indra Khanna. Both are dressed casually in Bermuda shorts and sandals. They are staring at inanimate acrobat figures balancing themselves on a tightrope. One acrobat has a woman balancing her head on his, while he is holding a tiger cub under his arm.

“It is attractive,” says Hew. “The people will enjoy this.”

The square is an open area, hemmed in by several rain trees, where children are playing, vendors are selling peanuts, and couples walk hand in hand. Suddenly, Indra says, “Oh my God, one of them looks like [US President Barack] Obama, and the other is definitely [Russian President Vladimir] Putin.”

Indra gives the happy smile of one who has solved a puzzle.

At a hotel in Fort Kochi, Gulammohammed Sheikh smiles and says, “Yes, the figures do resemble current political figures,” he says. “But I don't want to name anybody. The viewer should make that effort. However, the original painting, which inspired this work, 'Balancing Act', was also a political allegory.”

Sheikh saw this 18th century painting, of the Jaipur school, at the Baroda Museum and Picture Gallery. While observing it, he noticed a Farsi inscription in the painting. So, he took the help of his daughter, Samira, an Associate Professor of History, at Vanderbilt University, Nashville, USA, who got it read by an expert.

“Samira told me that this painting coincides with the takeover of the Jaipur state by the British,” says Sheikh. “It is a court scene. A Rajput king and his prime minister are standing on a balcony. The ruler is looking downcast. The diwan has his finger raised. So, perhaps, he is saying, 'This is what is happening to you'. On both sides there are several noblemen. Two men are pulling away a young princess. All this is shown in the top half. At the lower half, there is a ground, where acrobats are performing on a tightrope.”

It is a critical moment. The acrobats are performing, but nobody is looking at them. “In fact, the acrobats are doing impossible acts which, in a way, depicts the crisis,” says Sheikh. “One acrobat, with the hoofs of a bull, is balancing on the wire-rope, while another holds a stick, at the end of which children are dangling.”

Since he has not trained as a sculptor, Sheikh, 77, took the help of four young sculptors from the Faculty of Fine Arts, MS University, Baroda to make the 5’ high sculptures. The materials used included fibreglass, acrylic paint and varnish. “It took eight months from conception to completion,” says Sheikh.

This work is a comment on colonialism. And Sheikh continues this rumination in a triptych, called ‘Gandhi and Gama’, which is on display at the Darbar Hall. In this work, Vasco Da Gama, who represents Portuguese colonialism in the 15th century, faces a young Mahatma Gandhi, who is contemplating the collapse of the British Raj in the 20th century, across a mappa mundi (a medieval hand-drawn map of the world).

Incidentally, Sheikh is a 2014 Padma Bhushan winner for his contribution to the arts. But he bemoans the lack of support for art in India. “There is plenty of money in the country, but very little is put aside for contemporary art,” says Sheikh. “It may be because of a lack of an art education. People know about music and literature, but have no idea about art. The late Bhupen Khakhar had a retrospective at one of the best museums in the world, the Reina Sofia in Madrid. But very few newspapers reported this great achievement.”

But Sheikh brightens up and says he is an unabashed fan of the Kochi Muziris Biennale. “The uniqueness of this Bienalle is the sites,” says Sheikh. “That is what is attracting the foreigners and locals alike. [Founder-artists] Bose Krishnamachari and Riyas Komu have revived old warehouses and storage places and made them into beautiful places for art and creativity. What more do artistes want? We love it.”