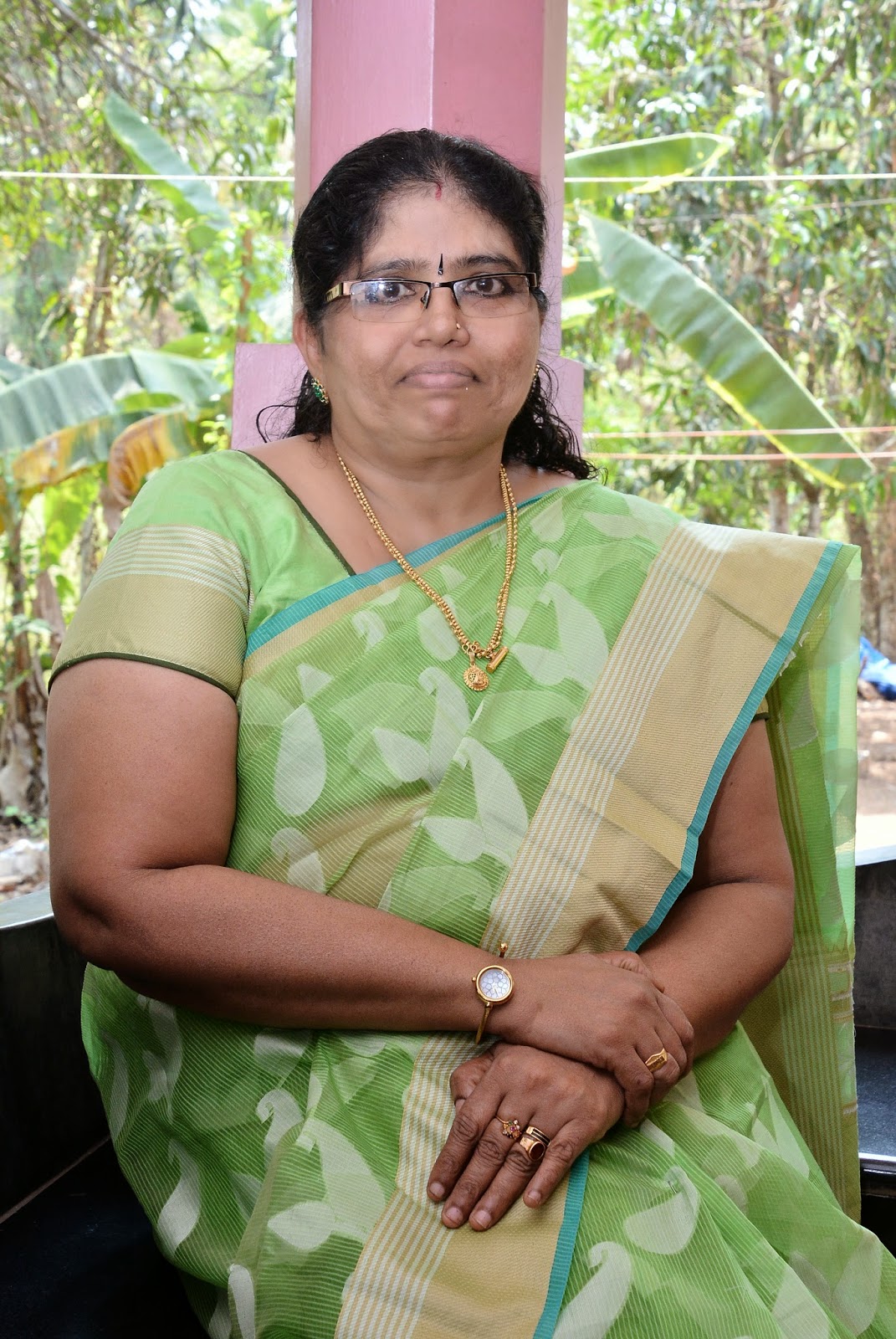 When Vasanthakumary sits in the audience to watch the band, 'Thaikkudam Bridge’ perform, at a show at Kochi, she feels an excitement within herself. The lead singer, Peethambaran, is her husband, the band leader is her son, Govind, while her nephew, Siddharth, is also playing. The song is called ‘Appozhum’ and it is one of her favourites.

Peethambaran is dressed in a dramatic way: a red shirt and black mundu, with a black scarf around his neck. Added to that is his appearance: straggly, shoulder-length hair, thick black beard and piercing eyes behind black spectacles. Soon, he launches into the song. And there is no doubt that he has a distinctive voice. It immediately holds the audience in thrall.

“I knew for a long time that Peethambaran had a good talent,” says Vasanthakumary. “Sadly, in those days there were not many TV channels. So he did not get a chance to showcase his talent. It is only now that he is being recognised. And I am thankful to my son Govind. He has enabled my husband [who retired from the Public Works Department (PWD) in 2012 as an engineer] to have a singing career.”

In fact, when Vasanthakumary first met Peethambaran in April, 1980, during an arranged marriage meeting, the thought that passed through her mind was that he looked like a singer. “For some reason which I cannot explain, maybe it was my destiny, I felt happy when I saw him,” she says. “He asked me whether I liked him. I told him I did.”

The marriage took place on September 11, 1980, at the Kodungaloor temple. Following the reception, when the couple returned to Peethambaran’s house at Nadavaramba, near Irinjalakuda, at the entrance, her father-in-law was waiting. “I suddenly felt nervous,” says Vasanthakumary. “When I put my right foot out to enter the house, I saw, to my shock, that my leg was shaking uncontrollably. It was a deeply embarrassing moment for me.”

But things settled down. Peethambaran got busy with his job in the PWD. But now and then, there would be singing sessions at their house where neighbours, relatives, family members and friends would take part. “I ensured that everybody got tasty food to eat,” says Vasanthakumary.

Asked about her husband's plus points, Vasanthakumary says, “He has a strong will power. You can see it in his eyes. And he is God-fearing, too. Every morning, he goes to the temple to pray.”

His negative point is his short temper. “He gets angry all of a sudden, usually over minor matters,” she says. Peethambaran also had a habit that Vasanthakumary did not like at all. He would have regular drinking sessions with his friends. “That was the only time I would get angry about him,” she says. “I told him that this was not the way to live. But a few years after our marriage, he stopped drinking altogether. And I became very happy.”

And Vasanthakumary is also happy that the band is going places. They have performed in many places in Kerala, in other Indian cities, at Dubai and now they are off to Australia and the UK.

But Vasanthakumary is especially thrilled, for another reason. “Peethambaran is more loving now,” she says, with a smile. “Since he is able to use his singing talent, he feels a lot more relaxed.”

And she can sense that the band is making an impact, when Vasanthakumary steps out onto the street. Frequently, people will come up and ask her whether she is Govind's mother or Peethambaran's wife. “I feel so good about this,” she says. “Many youngsters ask me, 'Aunty how does Uncle perform so well?’ When my husband and I go out in public, people come up, shake hands with him, and take photos. They call him 'The Singing Sir'.”

But there have been some poignant moments for Vasanthakumary. Once, at home, recently, Peethambaran told her, “I have lost so many years of my life doing a job I did not like. But that is life. It is not perfect. Sometimes, you are not able to do the things you want to do.”

And Peethambaran’s age of 58 can be a drawback. He gets fatigued now and then. “What tires him is not the performance, but the travelling between venues,” says Vasanthakumary. “After a long trip there is very little rest, before they set out for the next show. But his love for singing helps him to overcome these difficulties.”

Finally, when asked for tips for a successful marriage, Vasanthakumary says, “Both husband and wife should learn to adjust to each other. Then the family life will be a success. If one spouse gets angry, the other should remain calm and relaxed and not respond in the same aggressive manner. But I have noticed that young people get angry very fast. There is not much of patience and tolerance. And that is why so many marriages are breaking up. So, for married youngsters, this is my message: pray to God and you will be able to get over the difficult times.”