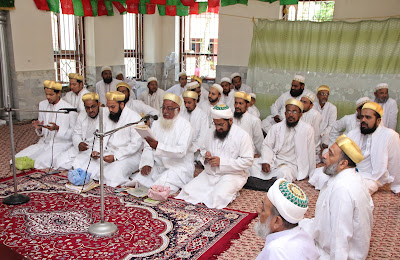 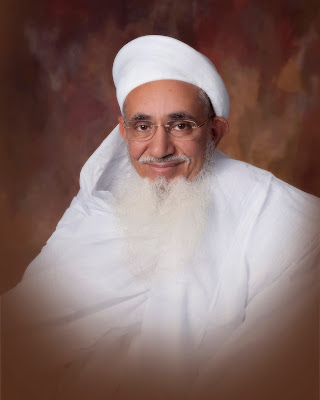 The small Dawoodi Bohra community in Kochi has integrated well in society, despite their distinctive dress and culture

One day, in April, 2014, just before he set out for the Badri mosque at Thoppumpady, Fort Kochi, Shabbir Cochinwala, 37, looked at himself carefully in the mirror. After a while, he felt satisfied. His gleaming white cap (topi) was in place, as well as his kurta, a jacket (saya), and pyjamas.

It was a momentous day, because the Supreme Leader of the Dawoodi Bohras, Syedna Maulana Abu Jaffar Sadiq Mufaddal Saifuddin, had come for a visit. The 35 families, which comprise about 135 people, were present in all their finery. This was just three months after Syedna Mufaddal Saifuddin's father, Sydena Mohammed Burhanuddin, had died at the age of 99 in Mumbai.

“Syedna blessed us and said that he was very happy to be in Kochi, and to meet all of us,” says Shabbir. Senior community member Shireen Fakrudhin calls it an extraordinary event. “In just 45 minutes, Sydena detailed the entire history of the community, beginning from Prophet Mohammed,” she says. “We felt so happy.”

The Bohras, like the Jews, are one of the tiniest communities in Kochi. According to the history, there were two migrations from Gujarat 150 years ago.

One group, who went looking for business opportunities, came from the town of Sidhpur in Mehsana district. “Another section came from Jamnagar and Kathiawad,” says Sadiq H Kapasi, the secretary of the Dawoodi Bohra Jamaat. “They had migrated due to a severe famine.”

And all of them set up businesses in timber and hardware. “Today, most of us remain entrepreneurs,” says Sadiq. So strong is the instinct for being an entrepreneur that Shabbir, an engineer, who had successful stints in the IT industry, in Chennai, Singapore and Bournemouth, Britain, gave it all up in 2004, and became a hardware businessman in Kochi.

“I felt the urge to come back because, at heart, I am a businessman,” says Shabbir. “Of course, as my own boss, there is a lot more pressure and tension. But because we are in business, our belief in God becomes all the more, because we don't know when or where our next rupee is going to come from.”

As a second-generation Bohra Muslim, Shabbir knows to read, write and speak in Malayalam. “However, because of our attire and diction, the local people know that we are not Malayalis,” he says. “But they also know we are part and parcel of Kerala.”

Says Sadiq, “The people treat us with a lot of respect especially because of the way we conduct ourselves. We are also a peace-loving community. In fact, the Syedna won a Global Peace Award recently.”

Even the women in the community are treated well. Most of them can be seen in Kochi, in their colourful burqas (rida), with printed flowers and embroidery. “The women are well educated,” says Shireen. “There are doctors, teachers, engineers, and architects. But there are also quite a few who run home-based outfits like catering, stitching, and online businesses. This ensures a good work-life balance.” In fact, Shabbir’s wife, Zainab, runs an online travel agency.

Because of their small number, the community has to look outside for marriage alliances. Parents usually send their children’s bio-data to the online portal of the Mumbai-based Taiseer-un-Nikah Committee. Then a meeting is arranged where the boys and girls meet. “There are counsellors to help them find the right person,” says Sadiq.

And unlike most communities, the Bohras do not have a dowry system. “In fact, the bridegroom’s family gives gold ornaments to the girl, according to their financial status,” says Sadiq.

And although they have lived in Kochi for decades, they remain in touch with their roots. Once a year, Shireen goes to Sidhpur, where her ancestral house remains in good condition, and meets up with relatives. “It’s good to have two homes,” says Shireen. “My heart beats with affection for both places.”