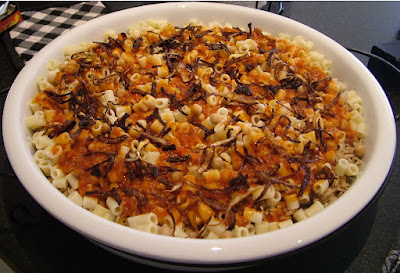 On her first visit to Kochi, Egyptian chef Mariem Magdy talks about her experiences

Photo of Mariem Magdy by Ratheesh Sundaram; the koshary dish

Mariem Magdy always had a soft corner for India. That's because the Egyptian studied in an Indian school, while growing up in Kuwait. “All my teachers were Indian and they will always have a special place in my heart,” says Mariem. Mariem got an opportunity to come to Kerala recently when she took part in the Spice Route Culinary Festival.

“And Kerala is just as I imagined it,” she says. “It is like heaven. The people are so sweet. India is very simple and, yet, at the same time, it has many layers.”

As a chef, Mariem is very familiar with Indian cuisine. “In the Gulf countries, there are lots of Indian restaurants,” she says. “But Kerala has a different cuisine. The aroma of the food is completely different. It is much lighter and healthier than the rest of the cuisine in India.”

At the festival, Mariem enjoyed eating the Karimeen Pollichathu (fried pearl spot fish). “This fillet fish, infused with spices, and wrapped in a banana leaf was very good,” she says. “These are items which I have never tasted before, especially the spices. Most of the spices in India have a completely different smell and taste. In Egypt, we mostly use cumin and coriander.”

And she got some valuable tips on her trip. “I understood that if you dissolve the spices in water, before adding it to the food, then each ingredient balances against each other, with no one particular spice overpowering the other,” she says. “I will be trying this when I return to Cairo.”

Meanwhile, it is interesting to know that one of the most popular dishes in Egypt, the koshary, has an Indian origin. “During the second World War, when Indians soldiers were stationed in Egypt, they would make this food,” says Mariem. “Soon, the Egyptians loved the food so much that they forgot their original food. Today, at every street corner, there is a koshary shop.”

A koshary consists of black lentils cooked with rice mixed with a spicy tomato sauce, infused with vinegar. “You can also add chick peas, fried onions and pasta,” she says. “It is a meal by itself and has become part of our street food culture.”

Other dishes include a foul – a form of beans which is cooked slowly and is placed inside sandwiches. Then there is the ful medames, which is a dish of cooked fava beans served with vegetable oil, cumin, parsley, garlic, onion, and lemon juice. Then there is the Marouk, which is a form of chappati. “We use flour, water and oil and cook it on a flat pan,” says Mariem. “We then stuff different types of beans inside it.”

Interestingly, the Egyptians don't eat meat all that much. And when they do, it is usually at official functions like weddings, festivals and feasts. “We like beef, lamb, camel and goat, but we are not dependent on animal protein,” says Mariem.

In Cairo, Mariem works as the Culinary Director for Food Tracks, which has been established by a top Swiss chef Markus Iten. “The company is focused on training and educating chefs,” says Mariem. “We also provide consultancy for food and beverage establishments. As for those investors who want to set up something, we provide the expertise.”

Meanwhile, Mariem is looking forward to coming back to Kochi in the future. “I love the place,” she says.

(The New Indian Express, Kochi and Thiruvananthapuram)
at November 29, 2016