In Praise Of The Almighty 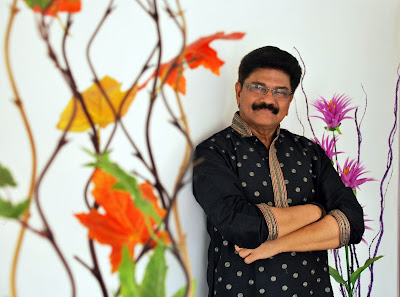 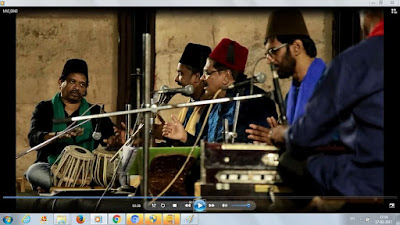 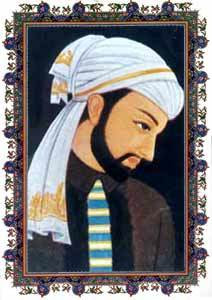 By Shevlin Sebastian
As Sufi singer Ashraf Hydroz begins his concert at the Cabral Yard, Fort Kochi, during the Kochi Muziris Biennale, he tells the audience, “The first composition is called a Hamd. It is a song in praise of God. This is always a tradition in Sufi music.”
Surrounded by members of the Khayal-e-Qawwali band, who play instruments like the harmonium, tabla, dholak, the bulbul tarang and the keyboard, Ashraf starts with the invocation, 'Allahu Akbar' [God Is Great].
Then as the music rolls on, he sings, in Urdu:
“Every beginning is in your name,
When the life on earth becomes extinct, that is also in your name.
You are the Master of the Entire Universe, O Allah
When there was no earth,
When there was no sky.
When there was no sun,
When there was no moon
When there was nothing
But, at that time,
You were there.”
Sufi music is like Hindu bhakti music. “In both, the singers are trying to evoke the Almighty,” says Ashraf. “There are also songs in praise of saints like Khwaja Moinuddin Chishti and Khwaja Nizamuddin Auliya.”
For Ashraf, the singing has a spiritual component. “Sometimes I forget where I am,” he says. “Often I have felt that I am a vessel of the Almighty. But in daily life, I am just an ordinary person.”
This 'ordinary person' was a manager of Lakshmivilas Bank till he retired five years ago. “To make ends meet, I had to do a job,” he says. “But I always kept doing public performances, usually on the weekends.”

Interestingly, the majority of the songs that Ashraf sings have been composed by Amir Khusrow (1253-1325), who is regarded as the father of the 'Qawwali'. “He has composed thousands of spiritual songs in Urdu, Brajabasha, Poorvi and Farsi,” says Ashraf. The singer also sings the romantic songs of the musical genius. “In one song Khusrow had said, 'At the sight of the beloved, I lose all my control, because of my love for her’.”
Ashraf also sings songs of other religions. During a performance at the Ernakulam Karayogam, in 2015, he sang Hindu shlokas and Vedic chants. “The audience was very surprised,” says Ashraf, who is a senior disciple of renowned Hindustani musician Ustad Faiyaz Khan. “They were expecting only Sufi songs. I believe that the songs, of every religion lead one to the same Universal Energy and Love.”
In fact, thanks to this multi-religious capability, Ashraf has been invited to give a two-hour performance at the Madhuvanam Ashram on the Maha Samadhi day of Sri Sathya Sai Baba at Thiruvananthapuram on March 28.
Meanwhile, Ashraf's interest in Sufi music was sparked, when, as a M. Phil student of music at Delhi University, in 1988, he went for a Qawwali concert of the famous Sabri Brothers of Pakistan, along with Indian singer Ustad Jaffar Hussain Khan. The brothers were the first to use the word, 'Allah' repeatedly during their songs. “They gave a wonderful performance,” says Ashraf. “It was then that I decided to become a Sufi singer.”
Whenever he had leisure time, Ashraf would spend time at the holy shrines of Khwaja Moinuddin Chishti at Ajmer, the dargah of Hazrath Nizamuddin Auliya in Delhi, the Salim Chisti Tomb at Fathepur Sikri and the Makhdum Ali Mahimi shrine in Mahim, Mumbai.

“I would sit with the Sufi singers and listen to them,” he says. “After a while, I started singing along with them. And that was how I ended up as a singer.” Today, he has performed hundreds of concerts all over India and abroad, too.
The Bangalore-based Ashraf pauses and says, “In these polarised times, music helps to bring people together.”

(The New Indian Express, Kochi, Kozhikode and Thiruvananthapuram)
at March 22, 2017