Captain Of The Port 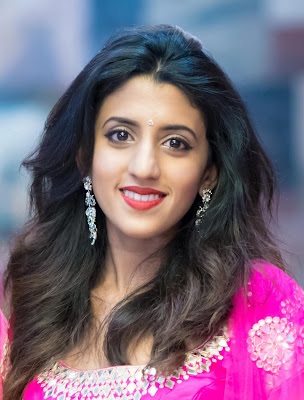 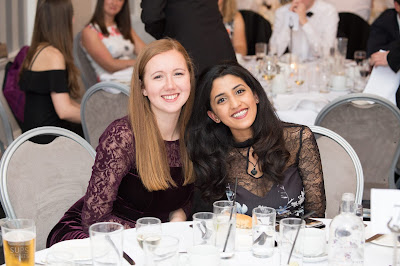 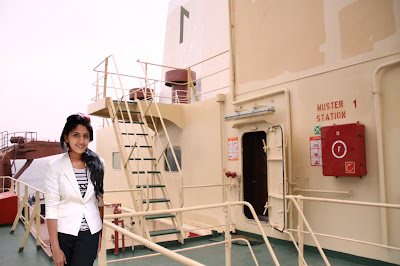 One evening, Paloma Medina was waiting at a bus stop outside the University of Southampton when Nirmalya Roy approached her and they started talking. They were both in the same Ship Science course. Thereafter, they became friends.

Soon, Paloma, who is from Spain, became an admirer. “Nirmalya has a lot of passion and determination,” says Paloma. “At the same time, she is a friendly, helpful and lively person. I felt that she would make a mark.”

Indeed, Nirmalya has. On May 15, Nirmalya, who is from Kerala, became the first female president of the Ship Science Faculty in the 115-year-old university. (Incidentally, Ship Science is the science involved in building and designing a ship, as well as its engineering aspects).

“It was my dream to be president,” she says. “I had been a class representative for two years.”

There was a two-week campaign at the end of April. Nirmalya put up an online manifesto. Then she spoke to the students and told them about her plans. Thereafter, on a particular day, around 300 students went to an online voting site. Only one other male student stood for the post. In the end, Nirmalya won.

Asked the reasons for her win, the 21-year-old says, “The students liked my proposal of increasing communication between the faculty and the students. I also plan to set up international conferences and invite speakers to give talks. This will broaden the minds of the students.”

Interestingly, Nirmalya and her twin Nivedya are the only two Indians in their class. The rest come from countries like England, France, Norway, Italy, Germany, Brazil, China and the USA. Both are in their third year of a four-year integrated undergraduate as well as master's degree.

Indeed, it is unusual for girls to opt for an off-beat subject such as Ship Science. But Nirmalyahas an easy explanation. “My dad [entrepreneur Sohan Roy] and uncle Dr. S.K. Pyarilal are naval architects,” she says. “Ever since my sister and I were small, we would always see them work on their projects. It was very interesting to see how a ship was built.”

So far, the education has been very beneficial. The university allows students to develop as an individual, and encourages them to take part in extra-curricular activities. “It is not just about grades and exams,” says Nirmalya. “They don't pressure the students to get high marks.”

Apart from that, there have been other learning experiences for Nirmalya, who grew up in Dubai, and studied in the International School of Choueifat.

“At my home, I did not need to cook or wash clothes, but in England, I have to pay my own bills, and cook for myself,” she says. “It has helped me grow as an individual. After all, you cannot always depend on your parents. If you stay with them, you are always held back in some way.”

Nevertheless, her father has been an abiding influence on her. “Dad started his business from scratch, and went through a lot of hardships,” says Nirmalya. “His life is very inspiring for me.”

Asked about her future plans, she says, “I would like to work in a firm for a few years. Thereafter, I will join my dad's business.”