When words unite a state and country 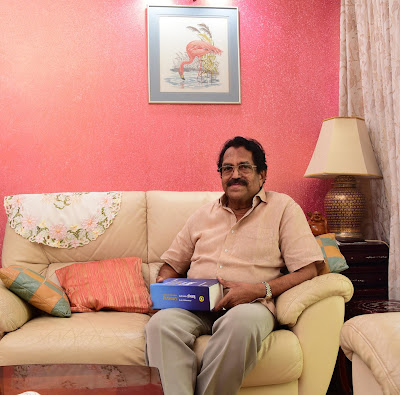 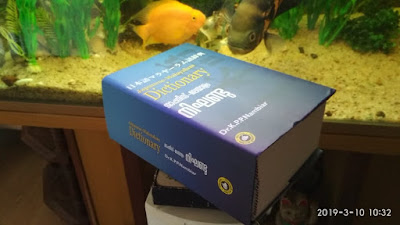 Senior ex-technocrat Dr KPP Nambiar has published a 1500-page Japanese-Malayalam dictionary. It took him 15 years to complete the work

At his ninth-floor apartment in Kochi, Dr KPP Nambiar reminisces, “Early in his career former Ambassador TP Sreenivasan was working in the Indian embassy in Japan. One day when he met a Japanese visitor, he said, “I am Sreenivasan.” Later, a Japanese friend told him, “There is no need to say san (the Japanese use ‘san’ as an honorific). This is used only to address others. You can say you are Sreeniva.”

Nambiar breaks into a smile. He is in a happy mood because on the centre table, there is a just-released book of over 1500 pages. It is a Japanese-Malayalam dictionary. And it is the culmination of a 15-year effort by Nambiar.

The stats are mind-numbing: there are about 6 lakh words in it. The book has 53,000 headwords. Each headword has the equivalent of eight to ten words. Initially, he was writing it by hand and over the years the number of foolscap pages, which comprised the manuscript, reached an astounding 3000.

After it was over, he approached several publishers in Kerala but they rejected it, saying they did not have the necessary Japanese fonts and the possibility of sales was poor. Undeterred Nambiar flew to Tokyo in 2004 and met two professors, Jun Takashima and Makoto Minegishi at the Tokyo University of Foreign Studies.

The duo was producing software for linguistic studies. “They were flabbergasted when they saw the size of my manuscript,” says Nambiar.

Then Nambiar received a blow. They told him that the Japanese dictionary which he had been using for reference was 60 years old. “It was outdated and the language had changed considerably,” he says. “So they suggested that I should start all over again with a new dictionary. They promised all help.” So Nambiar began once again and after seven-hours workdays, for years, the 81-year-old completed it.

And on March 8, at a function in Thiruvananthapuram, Culture Minister AK Balan handed the first copy to Hideki Asari, the Minister and Deputy Chief of Mission of the Japanese Embassy in New Delhi. “This is a new era in the relationship between Japan and Kerala,” said Asari. The book has been published by the State Institute of Languages Kerala, in association with the Tokyo University of Foreign Studies and the Research Institute for Languages and Cultures of Asia and Africa.

Nambiar’s association with Japan began in 1965 when he won a scholarship to do a doctorate in oceanography at Tokyo University. Since the language that would be used would be Japanese, he spent six months learning it at the Osaka University of Foreign Studies. Duly proficient, he completed his doctoral studies and returned to India in 1969. Thereafter, Nambiar again went to Japan as Resident Director of the Marine Products Export Development Authority in 1981 and remained till 1985.

These two visits made Nambiar fall in love with everything Japanese. He began writing a series of articles about Japan in Kerala’s leading newspapers and magazines. Nambiar also translated the late Nobel Laureate Yasunari Kawabata’s ‘Sound of the Mountain’ into Malayalam. When he retired, at age 63, after a distinguished career, which included stints at the Council of Scientific and Industrial Research, the Indian Council of Agricultural Research, the Kerala Government Fisheries Corporation (as managing director), and the Food and Agricultural Organisation, he felt he should not relax. So, he started work on the dictionary.

Interestingly, he says, there is a possible link between Japanese and Malayalam. “In English, the verb is in the middle while the object is at the end of the sentence,” says Nambiar. “But in Malayalam, the verb is at the end. We also don’t end any sentence with a consonant. This is what happens in Japanese too.”

There are some words that are similar. For example, the Japanese word ‘thumbo’, is similar to the Malayalam word, ‘thumbi’ (dragonfly). In Japanese, the meaning is the same. “There is a theory that the Japanese and the Dravidian languages are interlinked but so far, no concrete proof has been uncovered,” says Nambiar.

Asked about the charms of the Japanese language, he says, “It is very soft. There are very few abusive terms. The biggest abuse is ‘fool’. At the same time, each word has so many nuances. You can say ‘I’ in a hundred ways. Ladies use certain expressions and gents other phrases. And the language reflects the character of the people, who are inherently peace-loving and kind.”
at April 22, 2019