Trying to change the world 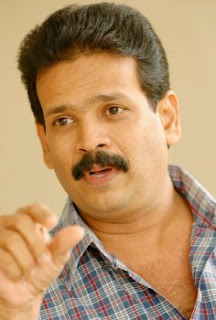 Part-time musician, Thomas Easaw, sings songs in support of Barack Obama, and against the war in Iraq. He has also invented several new theories for the regeneration of mankind

There is an avid fan of Barack Obama at Kadavanthra. Thomas Easaw, an engineer and part-time singer, has brought out a CD, ‘Five for Obama’, which are songs in praise of the Democratic nominee for the US Presidency.

“Obama is the new beacon of hope worldwide,” he says. “He is the only politician in America who is willing to address the truth. If I don’t use my music and voice in support of him, I will do a great injustice to myself.”

The songs in the Obama CD range from ‘Why Not Try Obama’ to a ‘Vote for Obama’ song. Here is a sample lyric:

Civilisations
great nations
were never forever
so beware
You need a different man
to lead you today
So, America, think it over
Why not try Obama?

Around 2,000 copies of the CD have been made, and Thomas is giving it away as complimentary gifts. Free downloads are also available from his website: thomaseasaw.com.

A couple of years ago, Thomas had brought out a CD against America’s involvement in Iraq. The most popular song on it was called ‘The Request’. Amazingly, if you type, ‘anti-war songs’, in the search icon on You Tube, this song appears first on the list, out of 3,440 videos.

“With my songs, I wish to change the world for the better,” he says. “Long after I am dead and gone, I want my children to say, ‘The world, after Thomas Easaw, is definitely better than the world before him’. This can happen if people will accept my Justice Theory.”

According to Thomas, what people need today is justice. “Justice for the rich is capitalism, and justice for the poor is communism, while justice for everybody, irrespective of caste, creed or brains, is my Justice Theory,” he says.

In ‘expect the worst’ theory, he writes, ‘The first step of being optimistic is to access the situation at its worst. Once at home with the worst, everything else will be an improvement. Then, you will have only one way to go, i.e. up.’

Of course, when somebody talks like this, the usual reaction is to dismiss him as a crank, or an eccentric. “A lot of people say I am a fool,” says Thomas. “But when people read my theories they will know that what I am writing is the truth. To be considered a fool is the price you have to pay, till your contemporaries catch up with you.”

One contemporary who has caught up with him is academic editor Sajjeev Antony. “I find the theories interesting,” he says. “Thomas’ ‘love yourself first’ theory is similar to the advanced notions in psychology, both ancient and modern, which states that, unless you love yourself, you cannot love others,” he says. However, Sajjeev says, for people to accept the theories, it needs to be refined some more.

Meanwhile, as Thomas ploughs a lonely furrow, his family -- wife, Grace Thomas, and twins, Rachel and Rebecca, 14 -- are firmly behind him. “I support him whole-heartedly,” says Grace. “I feel sad when people don’t realise that he is doing this for a good cause.”

Rebecca also finds society’s negative reaction painful to bear. “People laugh at my father,” she says. “Some say the songs are good, but they don’t take it seriously. I used to get upset, but not any longer.”

For Rachel, initially, she found it difficult to understand her dad’s theories, but has now got used to it. Like her twin sister, she is also upset by the negative reaction. “But I am determined to follow my dad’s path,” she says. “I would like to be a musician, a writer, an artist, and an engineer.”

Thomas studied engineering at NSS Engineering College, Palakkad. Today, he runs a firm which makes pollution control equipment. In his spare time, he composes songs and dabbles in philosophy.

“Once in two hundred years there comes a man who questions the fundamentals of philosophy,” he says. “By chance, I am that man. If I don’t do it, in the next 50 years, the world may be in an irremediable mess.”

You could conclude easily that Thomas is mad, but he is nothing of the sort. He just has a unique way of looking at life, and an unshakeable belief that his theories can change the planet.