‘Indian Muslims live peacefully with people of other religions’ 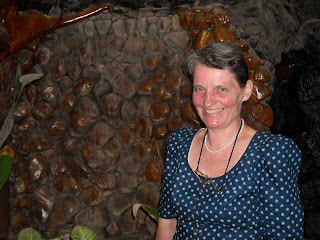 “The co-existence of different religions exists in other countries, but India has a much longer tradition,” says Prof. Dr. Adelheid Herrmann-Pfandt, a scholar of Comparative Religions and Indology at Marburg, Germany. “Muslims have been living in Germany for the last 50 years only. So there is not much of experience of how to get along with each other.”

Adelheid says that some Muslims living in Germany are fundamentalists. “They don’t believe in the idea of living peacefully with other religions,” she says. “Their aim is to make Germany a Muslim country. They feel that in the West Islam is in some kind of danger.”

In contrast, over the years Adelheid has met many Muslims in India, including some on her recent trip to Kerala, who are comfortable in their religion. “The vast majority of Indian Muslims live peacefully with the people of other faiths,” she says. “In India, Islam is a normal religion, like any other.”

Adelheid is also amazed at the mix of science and religion that Indians have adopted. “In fact, there is no demarcation,” she says. “Several of my Indian friends are very religious and have a puja room in their homes. So, after a day of intense intellectual study, they have no problems in praying to God in the evenings.”

On the other hand, Western scholars believe that one should rely on reason, and not have blind faith. What has deepened the skepticism about religion is the great discoveries made by scientists. “People feel doubtful when the Bible states that God has created man,” says Adelheid. “Everybody knows that it happened through evolution.”

So, people are looking for something else. Adelheid says that in Germany there are many converts to Buddhism. “They are attracted to its rationalist structure,” she says. “The Buddha said, ‘Don’t believe in me, but look inside yourself. If you find that what I have said is right, then accept it.’”

There are also admirers of Osho, one of India’s great philosophers. “I don’t know whether, as Osho has encouraged, it is good to shatter normal rules of sexual conduct,” says Adelheid. “People lose their balance, especially emotionally weak people, when this happens. Osho was talking to the strong people, those who can overcome the breaking of beliefs. Even if they do something wrong they are able to find their way out of it. But the weak people might feel lost.”

Quite a few of her students also feel lost. “They don’t feel at home in Christianity,” says Adelheid. “They are on a spiritual search. And they are very interested in India.”

Adelheid has told her pupils that India is very creative when it comes to religions. “Some of the world’s great religions were founded here: Hinduism, Buddhism, Jainism, and Sikhism,” she says.

It is this deep spirituality that makes Indians a warm people, she says. And this has helped Adelheid when she has problems coping with the intense heat, getting a rail ticket or a visa, or dealing with an obstinate bureaucracy.

“In every difficult situation, there will always be somebody who will lend a helping hand,” she says. “I enjoy this warmth, which is quite unlike the West where people react in a cold manner when you have a problem.”

In the West, if a man who is old and friendless, dies, his body may lie undiscovered for weeks together. “In India, with its close inter-personal relationships, that would be impossible,” says Adelheid. “So many people would see this person. So they would try to find out what had happened.”

Meanwhile, Adelheid has just developed a deeper connection to India. Her daughter is marrying an Indian living in Germany. “I am happy for her,” she says. 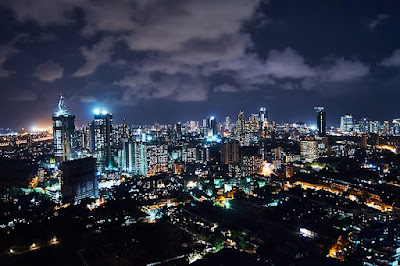