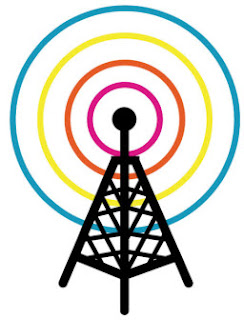 Several mobile towers placed on the terrace of a building at Kochi has become a health hazard, say neighbouring residents

Britisher David Smith, 49, the CEO of an IT firm, has been regularly falling ill for the past five months. “I have a disturbed sleep and suffer often from headaches,” he says. “My immune system seems to have been affected.”

A.P. Chandran, a chartered accountant has been experiencing a physical discomfort for several months. “My body is getting heated up,” he says. “I feel unwell.”

Journalist Reena Mathen says that the apartments in their building have become very hot. “Earlier, it was very cool since there was ample air circulation.” She says her television frequently displays flickering images.

For all of them the problems began when several mobile towers were put up on the terrace of a building in front of their ten-stored building.

“Since the terrace is lower than the surrounding buildings, it is a health hazard, because of the radiation emitted by the towers,” says a councillor of the Cochin Corporation. “Hence, it is dangerous for the people staying nearby.”

Dr. Joe Thomas, who lives in the same building as Reena, is worried about the effect on his children. “These radio waves have a strong impact on organ development,” he says. “A particular study said that radiation damages the reproductive organs of girl children.”

Recently, over 100 physicians and scientists at the Harvard and Boston University Schools of Public Health have said that cellular towers are a radiation hazard.

However, Rajan Nair, the owner of the building, where the towers are placed, disagrees. “Till now there is no documentary proof of radiation,” he says. “In fact, the handset has more radiation than a mobile tower.”

A mobile company official, R.K. Suman says that in 2007, a division Bench of the Kerala High Court has stated that there was no proof of any health hazard.

Cochin Corporation Mayor Mercy Williams also feels that there is no evidence to suggest that the radiation is harmful.

However, sensing the rising disquiet in India, the Centre has announced that new regulations will come into force, which will make it mandatory for telecom companies to seek the approval of resident associations before installing a base station in a residential area.

In September, 2009, the Maharashtra Human Rights Commission stated that mobile towers should not be placed near hospitals, schools, and residential buildings because of the risk to people.

Dr. Joe says the one way to minimise the risk is to place the towers at a height of 40 to 50m, above the highest point of the neighbouring building, as it is done in foreign countries.

Also, the minimum distance between the towers and the nearby buildings should be 100m, and not 10 metres, as is the case with their building and the one where the towers are placed.

Meanwhile, the distressed residents have lodged complaints with the Mayor, the deputy Mayor, the Town Planning section, the Pollution Control Board, the Corporation health department, the district medical office, and the high court.

As the rickety wheels of the bureaucracy grind along, the path ahead is long and arduous, but the residents are not giving up hope.

“We are fighting to safeguard the health of our families,” says Reena.