‘Devi is my favourite goddess’ 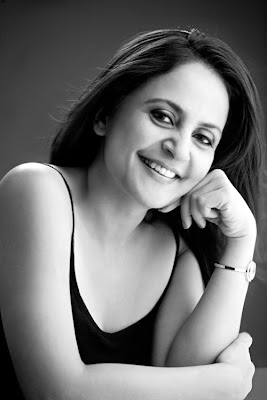 During the bleakest moments of her life, author Jaishree Misra says that Devi has offered solace and solutions

When author Jaishree Misra had just got married, her husband, Ashutosh said they should go for a small holiday. A friend suggested Vaishno Devi. “I thought it was a hill station, popular with tourists,” she says. But when they landed there, she got a shock to realise that it was a pilgrim town.

The Vaishno Devi temple in Jammu and Kashmir is at an altitude of 5200 feet. “We had to walk 14 kilometres to reach the temple,” says Jaishree. “My husband is not religious at all, but we did all the rituals. There was a powerful divine energy present in the temple.” Later, Jaishree’s mother told her, “Devi called, and you had to go.”

For Jaishree, her favourite goddess is, indeed, Devi. This was because when she was a child, there was a beautiful photograph of Devi in the puja room of her home at Delhi. “I still remember the picture so clearly,” says Jaishree. “Devi is wearing a pink saree, and is standing in a garden. Apart from sparkling earrings, she has a lot of gold jewellery, with gem stones embedded in them. As a child if I did something wrong, I would sit in front of her and ask for forgiveness. Devi always had a sweet smile on her face.”

Jaishree says that many coincidental events took place, thanks to Devi. She was supposed to get married at her in-law’s home in Delhi. But because of certain impediments, Jaishree ended up marrying Ashutosh at the Shanghumugham Devi Temple at Thiruvananthapuram. “I felt that Devi wanted me to get married there,” she says.

Jaishree says that Devi helped her when she was at the lowest point in her life. This was in 1989 and she was living in Kochi. “My daughter, Rohini, who is mentally challenged, was six at that time,” says Jaishree. “I was not able to get the right kind of schooling for her. I was deeply unhappy on many levels, and my first marriage was breaking up. It was then that Devi seemed to realise that I had reached the depths of despair, because life suddenly turned for the better.”

Jaishree got admission at the University of London and was able to get a good special school for Rohini, near where she lived. By then, she had met up with Ashutosh, an old school friend, and fell in love.

“The meeting was an accident, but I would prefer to use the word ‘serendipity,’” she says. “A divine force which plans our life, arranged this.” Later, she secured a good job and her writing career took off. “Things have been wonderful ever since,” says Jaishree

Like most people, Jaishree also has her favourite places of worship. “I like the Althara Temple in Thiruvananthapuram, which is near my mother’s home,” she says. “It is under a big, old tree, and the Devi there is very cute.” She also goes to the Shanghumugham Devi temple. “It is near the beach, and is very spacious,” she says. “I experience a lot of peace there.”

But Jaishree also believes in Lord Krishna and has frequented the Guruvayur temple. Two months ago, the family had conducted the udyasthamana puja, the most coveted and auspicious of all pujas. “My grandmother had booked this puja twenty-five years ago,” says Jaishree. “She passed away, but the entire family was present, as the event meant a lot to us.”

The puja, which comprises special prayers and illuminations, starts at dawn and ends at dusk. Incidentally, the next slot available for an Udayasthamana pooja at Guruvayur is in 2041!

So, for Jaishree, is God male or female? “God is androgynous, sometimes male, sometimes female,” she says. “I love both forms.”