The world is my playground 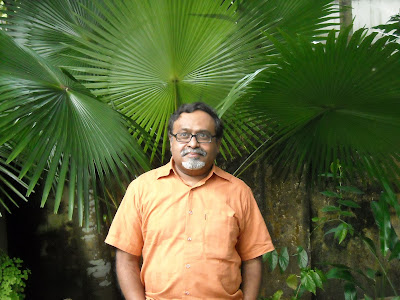 Ittira Antony has travelled to more than 100 countries in the past 30 years. He talks about the highs and the lows that he encountered in the many journeys he has made

One day, in a hotel room in Madrid a Moroccan, Said Mansour, barged into Ittira Antony's room, pushed him against the wall, and punched him on the face. Ittira lost consciousness. Six hours later, Ittira awoke to find that he had been robbed of his clothes and money.

As he looked around the hotel room, he came across a Spanish-Arabic dictionary lying on the floor. There was a name and phone number on it. Ittira showed it to the police and they traced the number to Astorga, 200 kms away.

At Astorga, as Ittira waited outside in a car, a local plainclothes policeman, Raul Alvares entered the first-floor apartment where Said stayed with an iron rod in his hand. “Within a few minutes Raul came to the balcony and beckoned to me,” says Ittira. “When I went in, a young woman was crying, while Said lay dead on the floor. His eyes had fallen out.”

Raul asked Ittira to check whether anything belonged to him. But the Indian was too upset over the thief’s death to search for anything. The policeman then asked Ittira how much money he had lost. “I told him 500 dollars and he gave the amount to me while Raul pocketed the rest of the cash that he had found,” says Ittira.

Ittira, a bachelor, is a nomadic traveller. In 30 years, he has been to more than 100 countries. “Being burgled, like the time in Madrid, is rare,” says the Bangalore-based Malayali, who had come to Kochi on a brief visit. “Most of the time I have had safe journeys.”

Incidentally, Ittira, the grandson of the late literary critic, M.P. Paul, grew up in Kuwait, worked there for several years, before spending 14 years in the USA. Thanks to a good exchange rate, because of the strong Kuwaiti dinar and the US dollar, he was able to go to Europe, Asia, Africa, the Middle and Far East, Russia, China, and Antarctica.

Except for the Caribbean and Central America, he has been everywhere else. Not surprisingly, next month, he is going to the Central American countries of Honduras, Salvador and Nicaragua.

A keen observer of people, Ittira says that, till recently, most foreigners behaved in a condescending manner towards Indians. “They felt that we are desperate job hunters from a poverty-stricken nation,” he says. “There was a suspicion that we are dishonest, when it comes to doing business. But as our economy grows, the attitude towards us is slowly changing to one of admiration and respect.” It helps that more and more Indians are travelling abroad now.

But he says that when Indians go to foreign countries, they usually end up spending a lot of time in malls, instead of visiting places of cultural interest. “For most Indians, money came a little too late in life,” he says.

Asked to explain his passion for travel, Ittira says, “There is no greater form of education than travel. When you are in a new place, you experience the joy of seeing everything first-hand.” Interestingly, he says, many countries live in different centuries and provides an example.

“I was going from Addis Ababa in Ethiopia towards the Kenyan border in 2005,” says Ittira. It was a long bus journey. Suddenly, a Christ-like figure, with a long robe and a walking stick, with the name of Bekele, got on to the bus and began conversing with Ittira.

“Bekele was a well-educated person,” says Ittira. “We kept talking for hours but suddenly in the middle of nowhere, he said, 'Ittira, my stop has come and I have to get down.'”

Ittira looked astounded. The land was barren for miles all around. He said, “Will you be taking another bus?”

Bekele shook his head and said, “My house is two mountains away. I will only reach home only after walking for three days.”

In that split second, Ittira realised that time has a different connotation in various countries. “Bekele is not a dumb guy, but he is living in a world that is 300 years behind,” says Ittira. “He has to walk for a long time to reach home. That perspective on life will not come to you unless you take that bus journey from Addis Ababa. And that can only happen through travel.”