A lonely but devoted companion 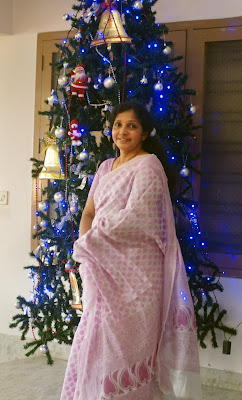 Life has not been easy for Mariamma Chandy, because she is married to a 24/7 career politician, Oommen Chandy, who is now the chief minister of Kerala

In January, 1977, Mariamma met Oommen Chandy for the first time at an aunt's home. “He was wearing a white shirt and dhoti, the typical politician's garb,” she says. “What I liked most was that he was a tall man. I also liked his protruding nose.”

Through relatives and friends, Mariamma had heard a lot of positive things about Chandy. “Most importantly, he was not hot-tempered, unlike my father and my brothers,” she says.

But still Mariamma was nervous, simply because Chandy is a politician. “I had the impression that all politicians are bad and corrupt,” she says. “I prayed to God to let the marriage take place only if the person is good. Otherwise, don't make it happen.”

In the end, Mariamma got married to Chandy on May 30, 1977. And like her father and uncles, Chandy turned out to be an upright person. “He does not drink or smoke or have any vices,” she says.

Later, Mariamma observed that Chandy had many other good qualities. “He is an honest and loving person,” she says. “He has never lost his temper in our marriage. No matter what happens, he never loses his cool. He has never shouted or raised his voice at me. This quality is a gift from God.”

So, what are his negative points? “He can never say no,” she says. “In certain situations, he should do so, but he does not.”

And of course, his biggest drawback is that he is hardly ever at home, thanks to an intense 24x7 political career. “Oommen never did his duty as a father,” says Mariamma. “He never held the children in his arms when they were babies. He hardly spoke or scolded them. He never offered advice on what to do in life. He would never say, 'Don't do this, it is not right.' He was always keen to make them happy. But I feel a father should be a bit strict and impose a discipline, coated with love. Eventually, I had to bring them up on my own.” Incidentally, the Chandys have three children: Mariakutty, Achamma, and Chandykunju.

Nevertheless, there must be benefits for the family in being married to a powerful man? “We can get things done quickly,” says Mariamma “Being the wife of Oommen Chandy, I receive a lot of affection from the common man. That is because he is so beloved of the people. When we travel anywhere we always get VIP treatment.”

But what is extraordinary is the financial difficulties that the family has gone through. “My husband is not corrupt,” says Mariamma. “Whatever money he gets he gives it to me, and I had to use it, as well as my salary as a Canara Bank employee to run the household. Sometimes, I was not able to meet the day-to-day expenses. I know people will not believe what I am saying. We have taken car, house, and education loans. We are still paying back some of them. After my retirement as an officer, in 2009, I am dependent on my pension, and the interest from provident and gratuity funds.”

Perhaps the most difficult aspect of her marriage to Chandy has been the many years that Mariamma has lived alone. “I yearned for his presence and to talk to him, but he is never at home,” she says. “I was looking for emotional support, but I was alone all the time. I know this has happened because of his love for the people. But, despite all the difficulties, I love him from the bottom of my heart.”

Asked whether this public figure has a different face at home, Mariamma smiles, and says, “Oommen is the same inside or outside. There is no change at all.”