“Processed food is harmful for the body” 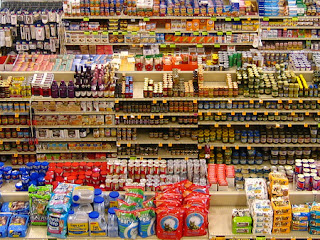 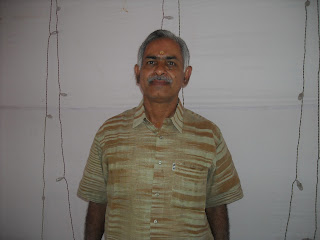 “Sugar is not a food,” says N. Venkita Krishnan Potty, the director of the Kottayam-based Amrutham – Nature Health Foundation. “Sugar does not have starch, protein, vitamins, or minerals. We remove all the nutrients from the sugarcane, like calcium, sulphur and nitrates, and only the sweet part is extracted. Thereafter, through a chemical process it is bleached white. Essentially, sugar is a chemical which is harmful for the body. ”

Robert H. Lustig, of the Centre for Obesity Assessment, Study and Treatment at the University of California, San Francisco, wrote an article, ‘The Toxic Truth about Sugar’ in ‘Nature’ magazine: “A growing body of research argues that excessive sugar consumption affects human health. Sugar causes hypertension, diabetes, obesity, and damage to the liver. Sugar is also addictive, like tobacco and alcohol, and it acts on the brain to encourage subsequent intake. There are now numerous studies examining the dependence-producing properties of sugar in humans.”

The same could be said about processed foods. A quick definition of processed foods: “They are foods which have been altered from their natural state – to ensure a longer shelf life and ease of transportation,” says US-based dietician Carolyn Brown. To achieve this, more than 3000 chemicals are added to processed food.

Some of the processed foods, which are harmful, include oats, cornflakes, biscuits, cheese, jam, butter, cakes, chips, fried items, all health and soft drinks, soyabean-based products, and even ice-creams.

Milk is also harmful. “Apart from human beings, no animal drinks the milk of others,” says Venkita. “If milk is not digested, it calcifies in the stomach. We drink milk from plastic packets, which are a few days old. How can it benefit us?”

Even processed oil is not good. “We don't eat cottonseed, but we have no problems of using oil from it,” says Venkita. “The same is the case with sunflower and soyabean.” Soyabean had been used as cow fodder. When the production of soyabeans became too much, the manufacturers looked for a way to have a commercial outlet. “Hence, oil was made,” says Venkita. “But this contains preservatives which are harmful for the body.”

So what is good food? “Anything that is given by nature,” says Venkita. “These include fruits, vegetables, cereals, sprouts and coconuts. It can be steam cooked, using a low quantity of water and oil. By this, you can preserve the nutritional value of the food you are eating.”

The naturapath suggests having meals only three times a day. But one meal should consist of fruits only. “That is because fruits, which consists of vitamins and minerals, cleanses the body,” he says. “Along with fruits, you can take nuts. The best and the most easily available is coconuts. Everything natural should be eaten as it is.”

The immediate benefit of having natural food is an increase in mental satisfaction and physical health. “If you are taking any tablets, you will stop taking it within two weeks,” says Venikta. He remembers a sixty-year old woman who had attended a seminar on natural food, which he had organised. Two weeks later, she called Venkita, and told him that her husband, who was angry all the time, had turned into a mild person. “His anger has gone down,” says Venkita. “This has been the result of the changes in his diet. He used to eat a lot of meat, fish, and chicken, but once he started eating fruits and vegetables, his mind also turned positive.”

Venkita also turned positive about natural food when he attended a talk in 1986 by Nature Cure proponent, CRR Varma (1925-99). Known as Varmaji, CRR was a disciple of Acharya S. Swaminathan, a well-known nature cure expert. Varmaji left his job in Delhi and returned to Kerala and dedicated his life to propagating the benefits of eating natural food. He travelled throughout Kerala conducting talks, seminars and camps. “He was my guru,” says Venkita. “I have decided to follow his path.” Now, Venkita, with his Amrutham Nature Health Foundation, is giving seminars on 'Lifestyle Diseases and Healthy Food Habits' in different parts of Kerala.

(The New Indian Express, Kochi and Thiruvananthapuram)
at November 22, 2012