Attached To Each Other 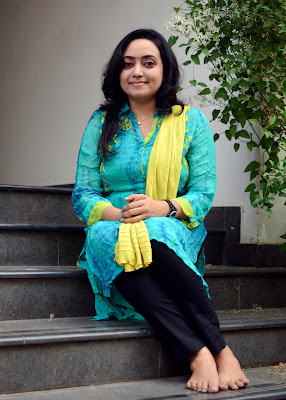 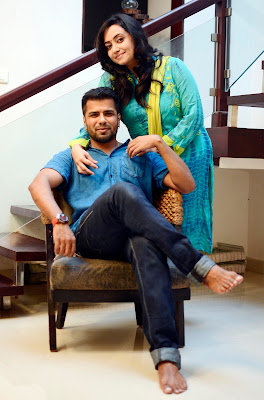 Lakshmi talks about life with the violinist Bala Bhaskar

The first time, Lakshmi met the violinist Bala Bhaskar was in University College, Thiruvananthapuram in 2000. A mutual friend, Joy, introduced them. Bala said, “Hi,” and walked away. Later, he again came back and said, “I have seen you in the classes.” Laskhmi smiled. Soon, they began to meet up regularly.

Very soon, Bala proposed marriage. “I felt that he was joking,” says Lakshmi. “So I told him to get lost.” But Bala was not upset. He said, “Your answer does not change my feelings for you.” So, he kept on proposing. And Lakshmi kept on rejecting him. “But one day, I finally realised he was serious about me,” says Lakshmi.

Bala went and met Lakshmi's parents. “Like most parents, they were against the idea,” says Lakshmi. “They told me that both of us were so young. Bala had no job. I told Bala I needed time to convince my parents. But Bala was scared. He was sure there would be no family-approved marriage.” So, one day, Bala told Lakshmi that they should get married first and then complete their studies. Lakshmi agreed.

So, without informing their parents, they had a registered marriage, on December 20, 2001, at Thiruvananthapuram, in the presence of a few friends. Today, fifteen years later, the news is good. Both sets of parents have accepted their marriage and they are blissfully in love.

“That does not mean it was a bed of roses,” says Lakshmi. “There have been fights, misunderstandings, and problems. But we worked hard to overcome them and remain together. You must not forget, we were very young when we got married.”

Asked to list Bala's plus points, Lakshmi says, “He is committed to his music. Bala puts in 100 per cent in whatever he is doing, whether it is a jingle or a song. And even though he is always busy, travelling from city to city, he will never say, 'I cannot do this for you because I am travelling or busy'. He is always there for me.”

His negative quality is a short temper. “That is because he is a sensitive and emotional person,” says Lakshmi. “If he feels hurt, he will react. But I have got used to it.”

And Lakshmi has also got used to the fact that music is his greatest passion. “I don't have a problem with that,” she says. “Because music makes my husband so happy. I can see it in his eyes when he is performing. He becomes a different person on stage. Bala loves to do shows, and gets so encouraged by the vibes of the audience. A performance is a kind of meditation for him.”

But her happiest moment has been away from music. That was when they went for a one-week vacation to Dubai sometime ago. “It was the first time that I could spend time with him, without any disturbances,” she says. “We enjoyed shopping, ate good food and saw lots of nice places.”

(The New Indian Express, Kochi, Thiruvananthapuram and Kozhikode)
at March 19, 2016