Finding The Beauty In Garbage 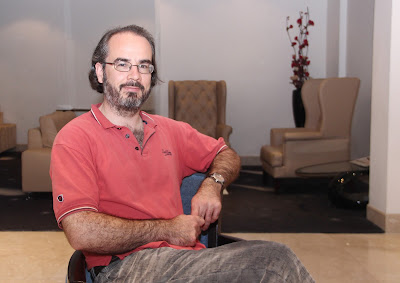 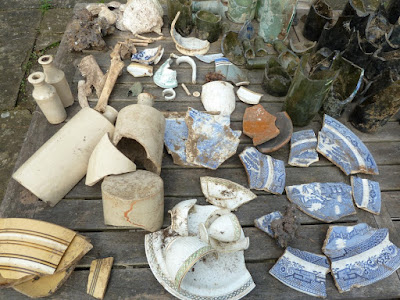 On a recent visit to Kochi, Dr. Tom Licence, from the University of East Anglia, England, spoke about how the concept of throw-away garbage began in England in the 1880s

“From the beginning of time, the things that people threw away included ceramic items, bones, and ashes from fires,” says Dr. Tom Licence, director of the Centre of East Anglian Studies, at the University of East Anglia, England. “However, in the 1880s, tins, bottles, jars, packets and cartons began appearing. This was the first time people began throwing things away, not because they were broken, but empty. A whole new category of rubbish appeared that did not exist before.”

Tom is running a project, which is investigating this rubbish. “I am interested in rubbish that came from a single household, where the objects could be linked to the members of the household, so that you could use them to tell stories about every-day life,” he says.

One such household belonged to a rector, Francis Kendall, who lived in Hempstead, Norfolk, in east England, with his wife Julia and four children. “At that time, he was earning 500 pounds a year, which was a lot of money,” says Tom.

Tom discovered that, behind their rectory, there was a rubbish pit. “It was obvious from the contents that the Kendalls decided to replace all the plates and cups, with new items,” says Tom.

This desire to upgrade was a new phenomenon in the late 19th century. So, although the plates and cups, which had been left behind by the previous occupant, were perfectly good, wealthy families replaced them just because they could afford to do so. “So, this is the beginning of the throwaway society we have today,” says Tom.

While investigating the waste, Tom came across a pair of cups, which bore the name of John Pike, who lived in Norwich, about an hour away from where the pastor lived. “I was wondering how these two cups, from Norwich, turned up in the rectory,” says Tom. “Maybe, it had been stolen. But that seemed unlikely, since Kendall was a clergyman.”

Research in the local traders' directory revealed that John was a caterer. He and his daughters would go on a wooden cart, and provide drinks and sandwiches to affluent families. They would also provide cups and plates. In 1895, the rector and his family threw a large garden party, according to a report in the local newspaper of that time.

“They had a brass band and invited everybody from the village because they had just moved in,” says Tom. “It seems that, after the party, the caterer's cups got thrown into the rubbish.”

And it was during this era, that one person's garbage became another person's resource. “Everything that was thrown away, in London, like glass, leather, paper, and metal, was brought by barge to Essex,” says Tom. “This was scavenged by the poor.”

Paper and rags were re-sold to paper-makers. Leather could be sold to cobblers, who could use it to repair old shoes.

As a result of his investigations, Tom was able to write a book called, 'What The Victorians Threw Away'. And, on his recent visit to Kochi, Tom addressed the students of the Kerala Council of Historical Research, at Thiruvananthapuram and Pattanam, on the subject. “The audience members were attentive and curious,” says Tom. “I enjoyed the interaction.”

Of course, he also noticed the occasional mounds of garbage in different parts of Kerala. “It is similar to Victorian England,” says Tom. “The throw-away culture has spread all over the world, because of the forces of consumerism and globalisation. To save the planet, we need to change our attitude and learn to recycle and reuse.”

(The New Indian Express, Kochi and Thiruvananthapuram)
at January 24, 2017