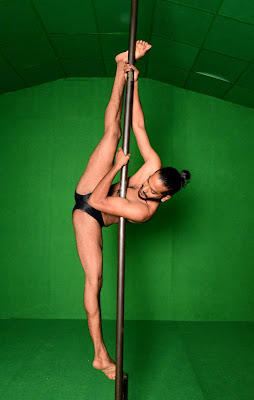 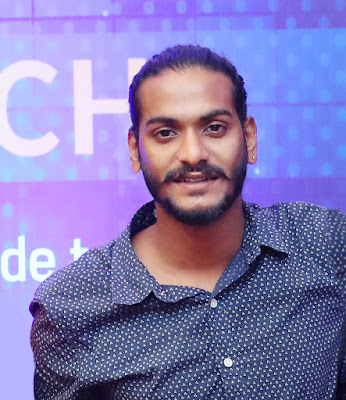 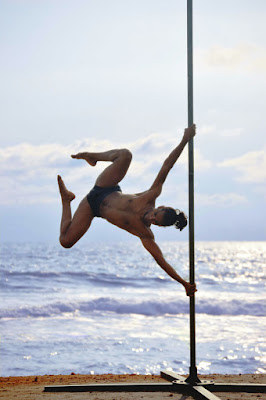 During the 'Asia’s Got Talent' audition, at Kuala Lumpur, sometime ago, Jinu Joy stands next to a pole, slightly thicker than a pipe. He is bare-bodied and only wears a tight-fitting brown shorts.

At the nod of the judges - music producer David Foster, and singers Van Ness Wu, Anggun, and Melanie C - Jinu jumps on to the pole, grabs it with both hands, turns his head downwards, his legs stretched upwards from the pole. So sudden is the movement that Melanie opens her mouth in surprise.

Then Jinu speeds up to the top, turns 360 degrees and stares downwards, his legs elongated. Then he holds tightly to the pole, stretches his legs sideways, straight out, almost as if gravity does not exist. He does several twists and turns during his performance.

Later, the judges are locked at two for and one against. And it needed Melanie's decisive nod for Jinu to go to the next round.

Unfortunately, that's when Jinu's luck ran out. When he returned to Kochi, before the shoot of the semi-final, he fractured his leg, while doing a performance and hence could no longer participate.

“It has been a disappointment, but that's part of life,” he says.

Jinu has been a full-time pole dancer for 11 years now. From childhood, he had been very flexible. When he was invited to take part in a reality show on television, Jinu wanted to try something different. That was when he got the idea to do something on a pole. He learnt the correct technique by closely watching pole performances on You Tube.

Incidentally, the length of a pole is 12 feet. It rests on a base which has four legs. “These legs should be eight feet in length,” he says. “That ensures that the pole does not fall, and I am able to maintain my balance.”

“I am always invited by Malayali associations, but I go as part of a troupe,” says Jinu. “There are many other items, apart from my performance.”

Meanwhile, two years ago, Jinu's life changed in a most unexpected manner. He had given a performance at an event in Kochi. In the audience was Mollywood actor Anoop Menon. He had come to receive a 'Young Talent' award. But when he got the award, he said, on stage, “I am grateful to get this award, but I think Jinu Joy deserves it more.” And right in front of everybody Anoop presented the award to Jinu.

Later when Jinu went to thank Anoop, the latter said, “Would you like to act in films?” When Jinu nodded eagerly, Anoop said, “Come to the shoot at Fort Kochi tomorrow.”

The film, 'Beautiful', directed by VK Prakash, starred Jayasurya and Anoop. Jinu played the role of a thief. In one scene, which can be seen on You Tube, he jumped from the second floor to the ground, without any safety equipment, and landed smoothly. "Prakash Sir is my mentor," says Jinu.

Some of the other films he worked in, included, 'To Let Ambadi Talkies', 'Silence' (where he played the villain opposite Mammooty), 'Ormayundo Ee Mukham', 'Sathya', and 'Careful', whose shoot is going on at present.

As for the future, Jinu plans to continue to act in films and perform on the pole. “I also want to start a pole school,” he says.