Always under attack but never giving up 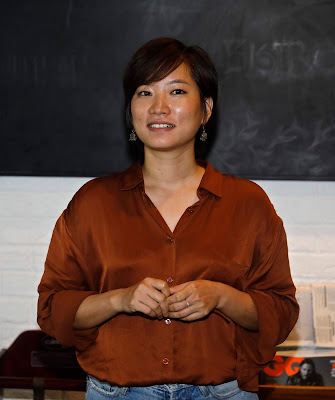 On a recent visit to Kochi, social activist Ngurang Reena, from Arunachal Pradesh, talks about the discrimination and harassment faced by the people of the North-East in cities like Delhi and Mumbai

It was a winter’s day at Chandni Chowk, New Delhi in 2009. At 3 p.m., Ngurang Reena got onto a hand-pulled rickshaw. She was swaddled in warm clothes. As the rickshaw moved forward, it got caught in a traffic jam. Six men approached the rickshaw. Then with a sense of impunity, they began to molest her. Reena felt shocked. “I was so young I could not understand what was happening,” she says.

Despite that, Reena retaliated. She hit one man but another grabbed her hand and said, “What can you do?” Says Reena, “I felt completely alone. Everybody was just watching. And nobody said anything.”

Reena rushed back to the hostel. She felt violated. She cried. And then she decided she would return to her village in Arunachal Pradesh. But when she called her father, Ngurang Pinch, a former MLA, he said, “If you leave now, you will run away for the rest of your life. You have to understand what's happening, and then face it.”

Reena listened to her father and stayed behind. “It was the right decision,” she says.

Reena looks sombre at a restaurant in Kochi on a recent afternoon. She had been invited by the NGO Raising Our Voices Foundation to give a talk about life in the North-East.

A former Assistant Professor of Political Science and International Relations at Delhi University, she says, “I don't think there is a single girl from the North-East who has not had a bad experience in Delhi. Whenever one of us walks down a street in the evening, somebody or the other will come up and grab our breasts or ass.”

And the experiences at the police station are morale-shattering. “The first question is usually, ‘Why were you walking alone?’ followed by ‘What were you wearing?’” says Reena. “So, it all comes down to moral policing. There is no agency for us to take the complaint forward.”

There is a stereotyping of the girls from the North-East that has remained consistent over the years. “Because we choose to dress differently or have coloured hair, there is a perception that we are loose characters who sleep around with everybody,” she says. “When we go to social gatherings or a party men just pounce on us. We face this often.”

The discrimination continues in other areas. When the girls look for apartments to rent, the landlord will look at them and say, “Are you sure you will be able to pay the rent? I hope you will not indulge in drinking, drug-taking, sexual activities, or prostitution.”

In Kochi, Reena had a different experience. While in a cab, the driver got curious on seeing her. “He was so excited to learn that I am from Arunachal,” says Reena. “He asked me whether Arunachal was part of China. And I had to tell him, it was part of India.”

This confusion continues when Reena goes abroad. She went to Germany and every day people asked her whether she was Chinese or Japanese. They refused to believe her when she said she is from India. “In fact, they told me I was lying,” says Reena.

So, she is in a perennial state of limbo; of not belonging anywhere. And back in Arunachal Pradesh, where she should feel at home, she has stirred a hornet's nest by launching a campaign against polygamy and other social evils with her sister Meena through their NGO The Ngurang Learning Institute. “People think that women are free in Arunachal,” says Reena. “But that is not the case. Most of the time, in our Nyishi tribe, they are the second or third wives of a man and have no status whatsoever.”

Of course, it is not legal. But the 200 tribes in the state have different traditions. “And in the case of polygamy, the state does not interfere, because it is a ‘tribal custom’,” says Reena.

But some men are angry at her activism. One man, whose wife is a student at the institute, came armed with a dao (the local machete) and told Meena, “Stop teaching my wife. She is 40 years old. Is this the time to study? She is better where she belongs, in the kitchen.”

But thanks to the affirmative nature of the Indian Constitution, and her father’s support Reena was able to escape this fate. She got a good education and eventually began working in Miranda House, one of New Delhi’s elite colleges. “You have to understand from where I come from,” says Reena, who is at present a PhD research scholar in the School of International Studies at Jawaharlal Nehru University, New Delhi. “My mother never went to school, and my father failed in Class 10. I am one of the first from our family to enjoy a higher education.”

And despite the many upheavals in her life, including the murder of her father in 2017, for which she battled and failed to get a CBI probe, Reena, says, “I continue to move forward. Hard knocks only make you stronger.”

(The New Indian Express, Kochi, Thiruvananthapuram and Kozhikode)
at June 26, 2019