When one heart replaced another 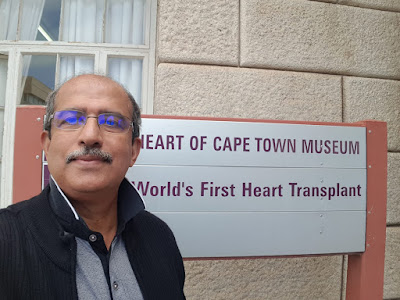 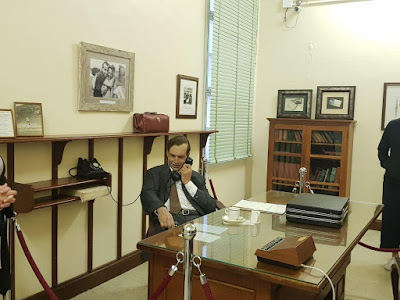 One of Kerala’s leading cardiac surgeons Jose Chacko Periappuram fulfilled a long-cherished dream by visiting the Heart of Cape Town Museum, in South Africa, which is dedicated to Dr Christiaan Bernard, the first man to do a heart transplant

At 3.30 p.m., on December 2, 1967, at the Observatory Road in Cape Town, a car comes to a stop across Wrensch’s Town bakery. The driver is Edward Myrtle, 66. The others in the car include Edward’s wife Myrtle, 54, daughter Denise, 25 and son Keith, 14. Myrtle and Denise get out, cross the road and enter the bakery. They want to buy a caramel cake for a family friend, Rachel, whom they are going to meet.

A few minutes later, they step out and are crossing the road. At that moment, an inebriated man by the name of Frederick Prins speeds through a red traffic signal and hits the duo with full force. Myrtle dies on the spot, while Denise is flung up in the air. Her head hits the wheel cap of the family car before she lands on the pavement. She is rushed in an ambulance to the casualty unit of the Groote Schuur Hospital, which is just two kilometres away.

But a few hours later the doctors declared her brain dead. A request is put to Edward. Can Denise’s heart be transplanted into a dying patient Louis Washkansky, 54, who is suffering from heart failure. Edward thinks for a brief while before he gives his assent. “Denise was a very giving person,” he said later, explaining his decision.

At midnight, the operation for the world’s first heart transplant begins. By 5.45 a.m., after several moments of high tension, Denise’s heart starts beating inside Louis. An emotional Dr Christiaan Bernard, the cardiac surgeon, who did the pioneering surgery, told his staff in Afrikaans, “Dit gaan werk!” (It’s going to work). And yes, it did work and Bernard entered the history books as the first man to do a heart transplant.

At the Heart of Cape Town Museum, located on the premises of Groote Schuur Hospital, on the afternoon of May 3, 2019, Dr. Jose Chacko Periappuram, one of Kerala’s leading doctors, who is the chief cardiac surgeon at the Lisie Hospital, Kochi, listens to the story told by a guide with bated breath. It had always been a dream for him to see the museum and now it had come true.

As the group -- which consisted of his wife Jaimy, 11-year-old son John, Jose’s brother Dr Mathew, a paediatrician from Birmingham, and his wife Mary -- were taken around, the doctor duo looked stunned when they saw the equipment. “The heart-lung machine looked so outdated,” says Jose. “In those times, the operation theatres were open ones. There was no air conditioning. The ceiling was ten metres high, so there was plenty of ventilation. The students used to come and sit on a balcony at one side of the operating room. Was it germ-free? I am not sure.”

In one room, there was was a silicone figure of Bernard in a white waistcoat sitting on a chair and talking on a phone. “This was a recreation of Dr Bernard’s consulting room,” says Jose. “It looked so real.”

But what remained in Jose’s mind following his museum visit was that Bernard, and his team, in the 1950s, when the heart-lung machine was only in the process of being developed, thought about a possible heart transplantation. “It is an organ which people don’t want to touch because it is so vital and even touching it can produce changes in the heartbeat, rhythm and blood pressure,” he says. “So, even thinking about doing a heart transplant was very courageous.”

One of Jose’s enduring regrets is that he was not able to meet Bernard in person. However, the celebrity surgeon did come to Chennai on December 14, 1995, to inaugurate the Madras Medical Mission hospital which was founded by Jose’s mentor Dr KM Cherian. Chief Minister J Jayalalitha was also present. But by the time Jose came to know about the visit, through newspaper reports, Bernard had already returned to South Africa. Six years later. Bernard passed away at age 78.

Asked to describe Bernard, after his visit to the museum, Jose says, “He was a pioneer and a daredevil who had a dashing personality. He was the right person at the right place at the right time.”

However, not everybody was happy with Bernard’s achievement. He had trained in the USA and worked closely with doctors who were doing research on transplants at the University of Minnesota. They were getting ready, after long years of practice and research, to do the first heart transplant when Bernard flew back to South Africa and beat them to it. At the museum, the guide told Jose, with obvious pride in her voice, “We beat the Americans.”

Jose says, “It is no surprise that the Americans have been angry about this for decades.”

(The New Indian Express, Kochi, Thiruvananthapuram and Kozhikode)
at June 01, 2019