Fighting on behalf of the defenceless 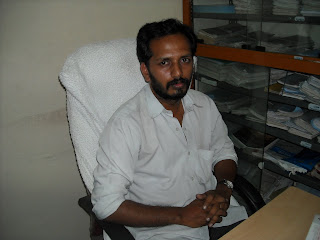 The Janakeeya Manushyavakasha Prasthanam takes up the cudgels for tenants evicted from their lands, illegal jail detainees, and migrant workers

In Palakkad, there was a series of thefts of gold ornaments in 2008. Finally, a group of Tamilians were nabbed. When asked where the ornaments were, they said they had given it to several people, including a goldsmith Sunil Kumar.

On August 19, last year, Sunil was told to come to the Ottapallam station and was illegally detained for 9 days. He says that he did know it was stolen property when he made rings and necklaces for the customers. The police told Sunil’s family that he could be released only if gold was deposited in the station. With great difficulty, the family bought gold valued at Rs 2.3 lakh, and gave it to the police, but, despite that, Sunil was slapped with ten cases. One case was for ‘habitually receiving stolen property’.

Sunil finally secured bail and was free. Then, in July, this year, another group of Tamilian thieves were caught. On July 30, Sunil was told to come to the Cherpulasserry police station, although he had no business dealings with this group. He was again detained.

This time, the Kochi-based human rights organisation, Janakeeya Manushyavakasha Prasthanam (JMP) got into the picture. As the JMP were about to file a habeas corpus petition in the high court, the police released Sunil abruptly on August 14.

However, sometime later, the Circle Inspector M.V. Manikandan called Sunil and told him to give 20 sovereigns of gold, or he would be arrested. This conversation was secretly taped by JMP activists. Subsequently, it was broadcast on a news channel and reports appeared in several newspapers.

Thereafter, Manikandan was suspended. “Thanks to the help of the JMP I was able to fight the police,” says Sunil. Thushar Sarathy, the general secretary of the JMP, says the aim of the organisation is to uphold human rights. “Both the state and the police tramples on human rights all the time,” he says.

What is frightening is the violence that is meted out on those who are taken into custody. “In 90 per cent of the cases, there is torture by the police,” says Thushar. These include electric shocks to the genitals and the soles, slapping of the ears, denial of sleep, and abuse of family members.

The JMP fights for those who have been illegally detained in jail, for former Naxalites who are jailed on flimsy reasons, for people who have been forcibly evicted from their lands, and migrant labourers who are harshly treated.

Thushar cites the case of two workers who died when they fell off a building in Kakkanad. “There were no safety measures,” he says. “Migrant labourers are always risking their lives.” They get lower wages, as compared to Malayalis, and work longer hours. There are no proper facilities for food and stay. The JMP did a thorough investigation and sent the report to the government.

Recently, the JMP, with the help of the Right To Information Act, proved that there is far too much overcrowding in all the jails of the state. They also discovered that the majority of the police cases are slapped against Dalits and Adivasis. “I don’t deny that there are Dalits who resort to crime, but many innocent people have been framed,” says Thushar.

The idea is to force people to confess to crimes even though they are blameless. “The police are too lazy to do a proper investigation,” says Thushar. “So, they prefer to slap false cases on people.” However, in court, these cases fall apart. “The conviction rate is only 27 per cent,” he says.

Knowing that most charges are cooked up, the JMP has been involved in several programmes:

It launched a campaign against the illegal arrest and torture of two political activists by Agali police. The State Human Rights Commission ordered Rs 10,000 to be paid to each of the victims and proposed action against the errant police officers.

The organisation conducted signature campaigns, protest meetings, and a seminar to publicise the illegal detention of Dr. Binayak Sen, the national Vice-President of the People’s Union for Civil Liberties.

The JMP filed a petition before the Kerala State Human Rights Commission asking for compensation for the victims of the Moolampally eviction drive.

“Unless we fight for human rights, our freedoms will be taken away,” says Thushar. “Whichever political group comes to power, be it the UDF or the LDF, they have no qualms on trampling on our rights. Without human rights, there cannot be a free society.”