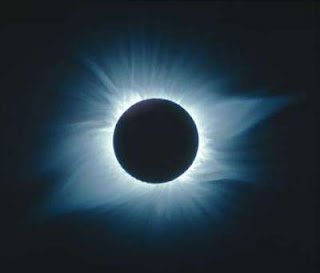 My former colleague, B. Krishnakumar, 51, an assistant editor at The Week died last week after a prolonged illness at Kochi.

On the morning of the cremation, Krishna’s body was placed in an air-conditioned coffin in the living room of his first-floor apartment at Panampilly Nagar. His eyes were half-open. The iris had a ring of white. The lips were parted a bit: you could see the teeth.

Krishna gave me the impression that he had gone through a struggle before he passed away. Maybe he did not want to die, but God willed it otherwise.

Who knows what happens in the soul during the last minutes of life?

Krishna’s wife, Rani, had a tear-stained face. His father, Bhaskaran Pillai, was bereft. He got into the ambulance, along with the body, to go for the cremation, but could not bear it. Trembling visibly, his face looking devastated, Bhaskaran stepped out and went back to the house. He did not attend the funeral. Is there a worse agony on earth than to see the death of your child?

Since the Ravipuram crematorium was nearby, we walked it there. The body was placed inside a shed. Soon, the pyre was lit by one of the nephews. Thick white smoke spiralled upwards. Several minutes later, the shutter was pulled down.

Later, while talking with former colleagues, they said that Krishna had actually begun to decline soon after his son’s demise. His only child, Arun, 18, died in a car accident at Munnar. And this volcanic shock probably caused Krishna’s death eighteen months later.

As we were talking, I was suddenly reminded of an earlier meeting with him. A few days after Arun’s demise I went to pay a condolence visit. Krishna was not well and was lying on the sofa.

We talked less about the tragedy and more about the state of the media. He reminisced about his years as the Mumbai bureau chief. He smiled a bit and talked with energy. Those who are in creative professions tend to be passionate. And Krishna was no different. I thought he was taking the death well.

Rani entered the room with a plate of masala dosa, and small steel bowls of sambhar and chutney. “Please eat, please eat,” she pleaded with him, as I sipped a cup of tea. It was 10.30 a.m. and Krishna had still not had his breakfast.

Rani’s voice was suffused with love and solicitousness. Now this forlorn lady will have to pick up the shattered pieces of her life and move on. Two tragedies in less than two years: how many people have the strength to bear that?

Thankfully, Rani’s job as a research assistant in The Week will provide some distraction. But I am sure when she is alone, at night, her heart drenched in sorrow she will look skywards, through the window, and ask God a simple question: WHY?