“Lord Ayyappa looks after everything” 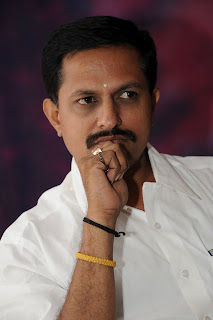 When M. Sridar was growing up in Trichy, he would go across to his neighbour Vasudevan’s house. “I would listen to the bhajans in praise of Lord Ayyappa,” he says. One day he told his father, Mahadevan, that he wanted to go to Sabarimala. His father replied that he was too young to do the 48-day vruthum (penance).

But that night, Mahadevan had a dream. He had come to Sabarimala with some people. “Suddenly, a wild elephant started chasing the group,” says Sridar. “My father was filled with fear.” The next morning Mahadevan told his son that they could go to Sabarimala. “Looking back, I know Lord Ayyappa changed my father’s mind,” he says.

Sridar made his first trip in 1980 and has returned every year since then. Now he is in charge of the Sabarimala Annadhana (free food) committee. He sits behind a desk supervising a team of cooks and labourers. “I will be here for two months, till January 20,” he says.

At Trichy, he has a photo studio, with a staff of 20. “My assistants are honest and reliable and look after the day-to-day running of the studio,” he says. “I keep track by going through the accounts every evening by phone. I am serving Lord Ayyappa and he, in turn, is looking after my shop in Trichy.”

For Sridar, the temple at Sabarimala is his favourite. “It is only at Sabarimala that pilgrims, whether rich or poor, call each other by the name of Swami,” he says. “There is a great sense of equality in this.”

His deep love for Lord Ayyappa is reciprocated. Whenever Sridar asks for something from the Lord, he usually gets it. Last year, on December 4, he became the father of a son, Shabbriesh, after 13 years. He already has a daughter, Subhasree, who is studying in Class 10. But he yearned for a son.

“The doctor said that my 38-year-old wife could not conceive because she was in the pre-menopausal stage,” says Sridar. “I pleaded fervently to Lord Ayyappa. And He gave us a child, despite the odds.”

Sometimes, Sridar receives a gift immediately. “I had prayed for a large sum of money,” he says. A little later, the ancestral property was sold and Sridar got Rs 25 lakhs as his share. “I deposited it in the bank and came straight to Sabarimala,” he says.
Like many people, the image of God that he sees, when he closes his eyes during prayer is that of a bright jyothi (light) “I feel very happy when I see it,” he says. “For me, God is male, as well as female: Ayyappa, Shiva, Vishnu, Durga and Parashakthi.”

So what is his reaction when bad things happen? “I don’t get angry with God,” he says. “I regard it as a test. I remain steadfast and continue to walk on the right path.”