A helping hand for prisoners 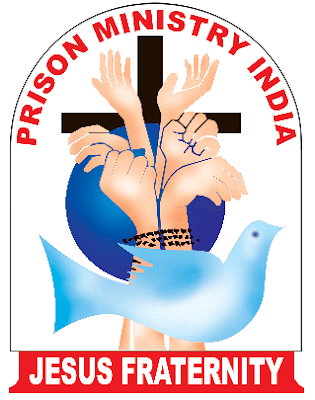 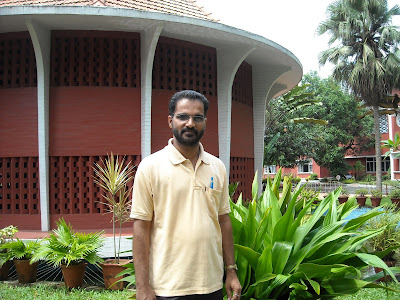 The Jesus Fraternity, run by the Kerala Catholic Bishops' Council, offers counselling to prisoners all over Kerala

On December 8, 1981, Varghese Karippery and Francis Kodiyan, who were studying at the St Thomas apostolic Seminary, at Vadavathoor, Kottayam, were given the task of attending phone calls. One was from a prisoner. That was how both of them got up the idea to do something for prisoners. The end result: an organisation called Jesus Fraternity. And there is an explanation behind the name.

“Not many people know that Jesus was a prisoner of Pontius Pilate, the Prefect of Judaea,” says Fr. Yesudas Kodiveetil, the director of the Jesus Fraternity group. In the Gospel of St. Mathew, the following line was attributed to Jesus: 'I was a prisoner and you came to visit me.'

Says Fr. Yesudas: “The Jesus Fraternity sees in each and every prisoner the face of Jesus.”

Now run by the Kerala Catholic Bishops' Council, the group has 13 centres all over Kerala. And once a week, members go to jails, sub-jails and central prisons, around 62 in total, and offer counselling to the prisoners.

“We ask the prisoners to give up their anti-social activities,” says Fraternity secretary Sr. Sheeba Kaitharathu. “Most are in jail for stealing, murder, drug-peddling, cyber and financial frauds,” she says.

Owing to their crimes, prisoners are ostracised by society. “Nobody goes to see them,” says Sr. Sheeba. “People will not like to say, 'I have a friend who is a murderer'. Because of their isolation, some prisoners feel the need to be re-integrated into society.”

So, when they are released, they take up the invitation by Jesus Fraternity to stay at their centres, and learn skills like carpentry and masonry. “After a year, we try to get them jobs, so that they can be weaned away from a life of crime,” says Sr. Sheeba.

But there is a group of hardened prisoners. “Because of peer pressure, and since people outside are waiting to use their services, they are much sought-after,” says Fr. Yesudas. “They say that since they will always be branded as criminals by society, they prefer to remain crooks. So when they are released, they go back to their gangs.”

The average relapse rate is 60 per cent. “But we never give up,” says Fr. Yesudas. “We will meet these people and try to persuade them to change their minds.”

Meanwhile, their families go through a tough time. “When a man goes to prison, the family is ostracised by the people in the locality,” says Sr. Sheeba. “Many neighbours make hurtful comments.”

The man is regarded as a criminal forever. “The Kerala mentality is such that the son will always be branded as a criminal's son,” says Fr. Yesudas. “They will tell him, 'We know who you are'. Even if a criminal reforms himself and goes up in society, the labelling is permanent. As a people we are censorious and not mature enough to understand that people can make mistakes in life.”

The reaction of the family members to these mistakes is also unpredictable. “Some wives accept their husband's flaws,” says Sr. Sheeba. “But there are many who opt for a divorce. What we try to do is to reconcile the couple. Sometimes, we have succeeded, on other occasions, the family has broken up.” As for the children, some accept and love their father, while others reject the parent.

Nowadays, the members of Jesus Fraternity are worried by the rising number of young criminals. “Most of them are in the age group of 18 and 35,” says Fr. Yesudas. “I know of youngsters who join quotation gangs, because, by just being a member, they get paid Rs 1000 per day. So, it is easy money for them.”

He says that parents are so busy these days they don't spend much time with their children. “Hence, children become susceptible to negative influences outside the home,” says Fr. Yesudas. What is also worrying is the rising number of drinkers. “Many crimes have been committed under the influence of alcohol,” says the priest. “These are disturbing times.”