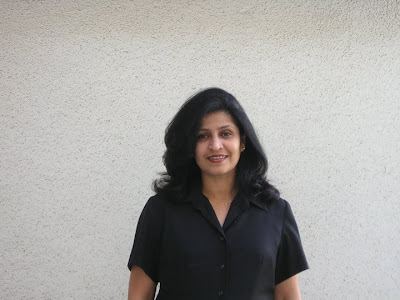 The Dubai-based Premi Mathew has launched a campaign on Facebook, 'Protect Your Mom', asking children to pester their mothers to have a self-examination for breast cancer every week. Early detection can lead to a cure, she says.

One day, Dr. James George (name changed), who works in a hospital in Dubai noticed a lump on his wife's breast. A mammogram followed and Shirley was diagnosed with Stage 2 breast cancer. It was a shock for her. Months of chemotherapy and radiation followed. Her beautiful flowing shoulder-length black hair vanished, as did her eyelashes. She lost her job in a multi-national as a sales manager, and fell into a deep depression.

A year later, Shirley has recovered, although one breast had to be cut away. She wears a wig, since her hair has not grown sufficiently. And she has to go for check-ups every three months. When Premi Mathew saw first-hand what had happened to her friend, she decided to do something about it.

On October 2, 2010, she launched a 'Protect Your Mom' campaign on Facebook, from Dubai. With the help of her daughter, who is studying at the Rajagiri School of Engineering, at Kochi, she got 300 members within two days. Then Premi launched a SMS campaign: 'Cancer kills and early detection is the key. Join 'Protect your Mom Campaign' on Facebook. Let us save a few lives.' Thankfully, the message was highlighted in the media in Dubai and the campaign picked up speed.

The idea is simple. Children should pester their moms to do a self-examination once a week. Premi encourages this, because a mammogram is controversial, because of the danger of radiation.

A woman should inspect both breasts to see if there are any lumps or a discharge from the nipples, puckering, dimpling, or scaling of the skin. Special attention should be given to the area from the breast to the armpit and the armpit also.

“I am sure this way we can save lives,” says Premi. “You can get breast cancer, at any time, after the age of 20. And it may not be hereditary.”

On a brief holiday in Kochi, where her parents stay, Premi wants to create an awareness of breast cancer in Kerala. She is going to schools and colleges, urging youngsters to join her Facebook campaign. “I would request principals and teachers to encourage their students to join our group,” she says.

Worldwide, one out of eight women is susceptible to breast cancer. “Early detection is very important, because cancer treatment is prohibitively expensive,” she says. “Your family finances can get wiped out.” In Kochi, one chemotherapy session in a good hospital can cost Rs 65,000.

Meanwhile, Julie, a breast cancer survivor, addressed the scourge in a letter, on Premi’s Facebook page, and it epitomises what ‘Protect your Mum’ is trying to do:

Dear Breast Cancer,
We always knew you were out there.
Wreaking havoc in people’s lives.
You came into our lives at our weakest point.
We fought you!
Here’s a news flash for you:
You caught us off guard.
It won’t happen again.
Our new life’s mission is to ensure you can’t do the same to others.
We will educate as many women as we can to eradicate you!
Watch your back! We are coming for you!