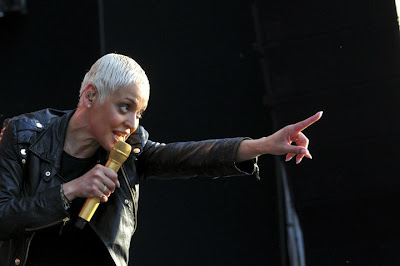 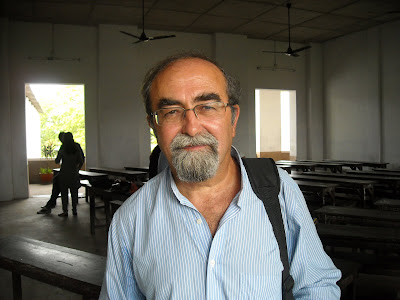 A programme at the St. Albert's College showcases the beauty of the capital, Lisbon, as well as the country's art and culture

The Portuguese singer, Mariza, steps onto the stage, during the outdoor concert, held on the outskirts of Lisbon. In the distance, the iconic Belem Tower, a UNESCO World Heritage site, by the bank of the Tagus river can be seen. It was from here that explorer Vasco Da Gama set out for India in the 15th century.

Marisa starts singing: her voice is a deep baritone and, immediately, it has an arresting effect on the listeners. A blonde-haired woman in her thirties, wearing a floor-length blue gown, and with a dazzling smile, she is singing a fadu. “This is a traditional Portuguese ballad,” says Jose Carlos Seabra Pereira, a literature professor at the University of Coimbra. “'Fadu' means destiny. The songs mostly evoke 'saudade', or nostalgia for the past.”

As Mariza continues to sing, accompanied by musicians playing a Portuguese guitar, and drums, as well as an orchestra, the English literature students of St. Albert's College at Kochi watch with rapt attention at the concert being shown on the screen.

“It takes time to appreciate her music,” says Nisha Susan Zachariah, the Asst. Prof. of English at St. Albert's. “Indian singers have sweeter voices and there is a rich accompaniment of music. In fadu, the emphasis seems to be on the lyrics.” But Mariza clearly had an impact on student Rony Peter Jacob. “She sings straight from the heart,” he says. “I loved the brilliant guitar-playing.” Incidentally, the college had organised a one-day celebration of Portuguese art and culture. Prof. Jose was a special invitee.

Earlier, a one-hour documentary on the country's capital, Lisbon, as seen through a guidebook written by Fernando Pessoa, was shown. Pessoa is regarded as one of the foremost writers of Portugal in the 20th century. “He was a modernist like English poet T.S. Eliot,” says Prof. Jose. “Until his death, in 1935, he was a discredited writer. But the succeeding generations discovered that he was a genius who wrote thousands of books, which included poetry, novels, essays, philosophy, jokes, and guide books.”

The guidebook, which was written in English, in 1925, was discovered long after he died, and was published only in 1992.

In the documentary, the camera pans through the elegant cobblestone streets of Lisbon. We get to see historical monuments, museums, government buildings, statues of Portuguese war heroes, railways stations, towers, squares, and avenues. The one which catches the eye is the Liberty Avenue or The Avenida da Liberdade. Made in 1882, the avenue is 1.5 kms long, with a width of 90 metres. There are numerous trees, gardens, and ponds on either side.

Another eye-catching sight is of the Rotunda, where five avenues meet. At the centre, a 36m high statue of the great Portuguese statesman, Marquez de Pombal, has been set up. The Cathedral of old Lisbon, where St. Antony was baptised in 1195, is also impressive. A chalice glowed because it has 420 diamonds, emeralds and rubies.

At an interactive session, Prof. Jose tells the students that many words like verandah and mesha (Malayalam for table) have Portuguese origins. Later, he says, “I feel very happy that the students showed so much of interest in Portuguese culture.”

Regarding his first visit to Kerala, Prof. Jose says, “It is a strange world for me. But I am delighted to be here. The culture is rich, with so many different religions. Kochi is a city with a strong presence in our historical memory.” This is not surprising, since the Portuguese were in Kerala from 1498 to 1660.

Prof. Jose readily admits that Portugal is in economic decline. “The future belongs to the BRIC countries (BRIC = Brazil, Russia, India and China),” he says. “When we compare the present situation in Portugal, to that in the 15th and 16th centuries, we are in decline. We don't have the same empire any more. But we hope to rise once again.”