Getting the script right 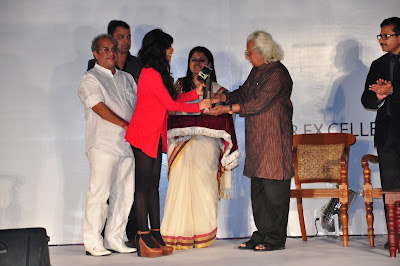 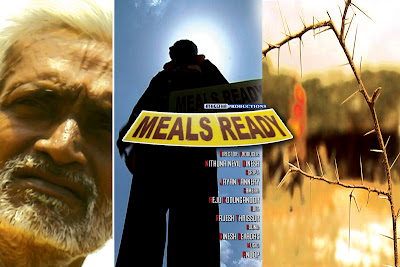 The second Script International Short Film Festival, organised by the Rotary Club of Cochin Metropolis, was a resounding success

“At a time when the entertainment industry is becoming irresponsible, it is nice to see socially responsible films,” says acclaimed film-maker Adoor Gopalakrishnan. “In the film industry, we only think of profits. It is important to regain the lost values. We have to cultivate an audience for the short and experimental films, and documentaries.”

Gopalakrishnan was speaking at the prize-giving function of the Script International Short Film Festival, organised by the Rotary Club of Cochin Metropolis, which concluded on Saturday. Around 65 films in various categories – international, Indian, documentary, students and mini – were screened. It was viewed by a jury which comprised of Jose Dominic (CMD, CGH Earth Group), Vivek Mohan, National award-winning director, Sophy Sivaram (documentary expert) and actress Revathy.

“It has been a beautiful experience,” says Revathy. “There is a lot of sensitivity among the youth. They are looking beyond themselves. Some are making films from their head, while the others are doing it with their hearts.” Jose Dominic says, “I am amazed by the freshness of the ideas.”

In the Indian Filmmakers category, the winner was 'Meals Ready' by Nithuna Nevil Dinesh. It is about how a man stood in the torrid heat, holding a sign saying, 'Meals Ready', and trying to lure passers-by to come into the hotel. The owner is not bothered about how difficult the job is. Later, the scene shifts to the worker's home where he is sharing the meal that he has received from the hotel with his wife. “It showed how people can be happy over the simplest of pleasures,” says Vivek.

In the documentary category, the top prize went to 'Platform No 5' by C. Vanaja. This is about street-children working at the Secunderabad railway station and collecting plastic bottles and reselling them. “They have run away from their homes or been abandoned by their parents,” says the Hyderabad-based Vanaja. “Most of the children did not want to return home. However, the most riveting moment was when I told one boy that there had been a survey and it was discovered that most of the children were dead by the time they are 16 or 17. It could be through diseases, accidents or murders by the Mafia for their body organs.”

When the boy heard this, there was a look of shock and despondency. Vanaja was able to capture this mood, which had a searing impact on the viewer. Vanaja told the Kochi crowd that a few days after the film was shot, the boy returned to his family. And the audience burst into sustained applause. “Yes, it was one of the best moments for me,” she said.

What was also elevating to see was the poise and self-confidence displayed by young film-makers like Reema Sengupta who won in the students category: 'The Tigers – they are all dead'. “I was very worried when I read a survey that the tiger population was going down,” she says. “So I decided to take proactive action by making a film.” And Reema did it in the form of a satire, because “people don't like to be preached to.”

Other winners included 'I don't feel like dancing' by Evi Goldbrunner (Germany) in the international category, 'Don't lend a smoke' by Amit Singh in the Mini Film (maximum of two minutes) category, and Special Jury Awards to 'Inside Out' by Mumbai students Shilpi Gulati and Divya Cowasji and 'When I met Nikhil' by Ajitsinh Deepaksinh Mirdhe.

Earlier, Corporate Social Responsibility (CSR) awards were given. In the public sector, BPCL Cochin Refinery won the first prize. Others winners included Shobha Developers in the private sector (Above Rs 150 crore) and DP World (below Rs 150 crore) and a Jury Award for outstanding CSR work to Terumo Penpol.

Light moments were provided by Vivek Mohan. “Alfred Hitchcock [famed Hollywood director] said, 'In feature films the director is God, but in documentary films God is the director',” says Vivek. “However, this is not true in a Salman Khan film where he is both God as well as the director.”