A nip here and a tuck there 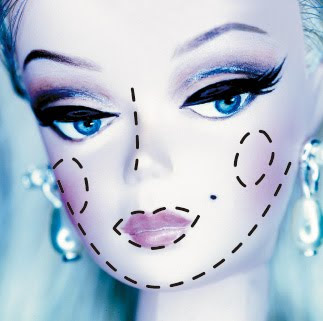 The desire to look good, and to correct nature’s flaws, through cosmetic surgery, is as strong in Malayalis as it is all over the world

Rehana Begum, from Malappuram in north Kerala, is a 62-years-old grandmother. When she steps out in public, she wears a black burqa. On a recent sunny morning, she travelled to Kochi, along with her husband, Shamsul, to meet cosmetic surgeon Dr. R. Jayakumar, head of the plastic, micro-vascular, and cosmetic surgery department of the Specialists' Hospital. “I want to look fresh,” she tells the doctor. The surgeon asks why.

“Every morning when I look at the mirror, I feel depressed,” she says. “I have bags under my eyes, a double chin, and my cheeks sag. I feel very old.”

Rehana's husband, Shamshul, a businessman, nods his head. His demeanour is one of quiet support. Jayakumar is convinced and goes ahead with the face lift.

When Rehana finally looks at herself in the mirror, she has a broad smile on her face. “Doctor, thank you very much,” she says. “I look great.” In the before and after photos, there are minor changes. The skin has become taut, the eye bags and double chin has gone, and overall, it is an attractive and younger face that looks back.

Dr. Jayakumar says that he is very careful in his choice of patients. He always does an extensive interview to know the reasons why a person wants to do cosmetic surgery. “If the person is doing it for himself, I feel satisfied,” he says. He remembers a case of a newly-wedded couple, who came for a consultation. The husband wanted a nose job to be done on the wife. But in a one-on-one interview, the wife told the surgeon she was happy with her nose. “So I said no to the surgery,” he says.

There is an apocryphal story about this. “There was an Australian woman, Anne Heche, who had large breasts,” says Jayakumar. Since she was a professional golfer, it was interfering with her swing. So, she had a breast reduction surgery done. Her boyfriend, Andy, a rugby player, who saw what she had earlier, wanted the earlier breasts. So Anna had a breast augmentation done. Then she broke up with Andy, and got friendly with David, who did not like large breasts. “But instead of going in for yet another operation, Anne changed her boyfriend,” says a laughing Jayakumar.

Interestingly, he has more male patients than females. “For many men, men have had the problem of large breasts,” he says. “I do liposuction to reduce it, because it is a social embarrassment for them.”

Rhinoplasty, or a nose job, is also popular. “Many men have crooked noses,” says Jayakumar. “They feel that if their nose looks better, their personality will change for the better, which is usually true.”

But what is most unusual is the torment of Malayali women who have large breasts. “They are very embarrassed about it, because men ogle their breasts all the time,” says Jayakumar. “Large breasts sag a lot and look ugly. Other problems are shoulder and back pains.”

There was a woman, Neha Menon, who worked for the Cochin Stock Exchange. For years, she was morose and depressed and could not interact with people, especially men. “But after her breast-reduction surgery, Neha's personality was transformed overnight,” says Jayakumar. “She started doing well professionally and has moved to Mumbai where she is a senior corporate professional.”

On another occasion, a poor white-haired 70-year woman, Karthiyamma, requested for a breast reduction. The intrigued surgeon asked why. Karthiyamma said, “Throughout my life, men have been staring at my breasts. By doing the operation, on my death bed, I am hoping they will not stare at it.” Jayakumar obliged the woman.

So what are the other operations that are done? “Breast augmentation, eyelid lifts, and shaping of lips,” says cosmetic surgeon Susheel Cleatus. “Then there are tummy tucks and the shaping of the stomach through liposuction. I have been doing a fair amount of dimples, both for men and women.” He also does thread lifts. You don't have to stay in the hospital for this. This is usually done before a full face lift. “Then there are Botox injections and fillers to deal with wrinkles, but this lasts for only three to four months and needs to be repeated,” he says. “Finally, there is the removal of scars from previous injuries or operations.”

For most cosmetic surgeons, the main problem is to allay the anxieties of the patients. “A person who is coming for cosmetic work is far more worried than a person who is going in for cancer surgery,” says Jayakumar. “The latter knows that he or she needs the surgery to overcome the disease. On the other hand, for cosmetic surgery, the person keeps on asking himself, 'Do I really need to do this? Will I come out worse than how I went in?' The danger is always there. You are doing surgery on a part of your body where you do not have a problem.”

Says Cleatus: “The anxiety is that you are doing surgery. It is not like taking tablets. And, finally, it is not essential.”

So who are the people who come for these 'non-essential' surgeries? “I have many non-resident Malayalis from the Middle East, USA, UK, and Australia,” says Dr. K.G. Bhaskara, the senior consultant plastic surgeon of the Medical Trust Hospital. “It is cheaper and they do it during their vacations.”

He also has nurses who work in the UK, who feel the need to look good, so that they can retain their jobs. “Recently, I had a white 65-year-old Canadian, who did a Botox and a face lift,” says Bhaskara. “He came across our web site while searching for cheaper places on the Internet.”
For Jayakumar, he has patients from the lower middle to the affluent classes. “The media has made people much more aware of the concept of beauty,” he says. For Cleatus, his patients are those who are well-off. “They have disposable incomes,” he says. “Cosmetic surgery is not necessary for maintaining life. It is something additional. Which is why it is called cosmetic.”

(An abridged version appeared in The New Indian Express, South India and Delhi)