A Green Revolution, of a Different Kind 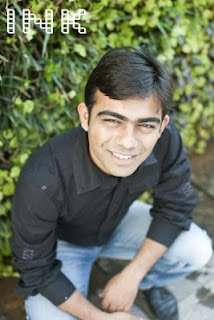 A former industrial engineer, Shubhendu Sharma, is planting forests all over the country to combat the degradation of the environment
By Shevlin Sebastian

In December, 2008, Dr. Akira Miyawaki came to give a talk to the staff of the Toyota car company at Bangalore. He is famous for creating natural forests in degraded environments in numerous countries. According to estimates, the 87-year-old Miyawaki has planted 4 crore trees in his lifetime.
In the audience, on that fateful day, was a young industrial engineer named Shubhendu Sharma. He was inspired by what he heard. “I realised that this is something which has to be done all over our country,” he says. It took Shubhendu two-and-a-half years to take the plunge, abandoning a brilliant career at Toyota, and heading in a direction which is rare for any middle-class boy in India.
His company, Afforestt Environmental Conservation Services, follows the Miyawaki method, with some minor modifications, to suit the Indian environment. So when Shubhendu comes across a barren land, one of the first things he does is to take samples of the top soil and from one metre deep.

This is taken to a laboratory where tests are done to find out the nutrients which are lacking. “If the soil does not have nitrogen I will look for a nutrient which is rich in nitrogen,” says Shubhendu. “This could be chicken manure from a poultry farm.”

He also checks the electrical conductivity which is a measure of how much water the soil can hold. Thereafter, a survey will be done to identify the native trees. Then orders will be placed with nurseries nearby to grow the saplings.

“After that we will ensure availability of water,” says Shubhendu. “There has to be a boundary, like a barbed wire fence, on all sides, to prevent the saplings being eaten by cattle or taken away by people.”

An earth-mover is used to churn up the soil, and nutrients like herbs and organic manure are added. When this is done, the soil becomes very soft.

“Once you provide such a soft medium, the penetration becomes very easy,” says Shubhendu. Within three months the roots of saplings will reach a depth of three feet. With such rapid growth a robust forest is created within three years. Incidentally, in an acre of land, 6000 trees can sprout up.

Thus far, Afforest has put up 17 forests – a total of 36,000 trees – in places like Nainital, Indore, Pune and Bangalore. “I feel a sense of urgency,” says Shubhendu. “According to worldwide statistics, every minute, forests the size of 36 football fields are being lost.” The maximum damage is being done in Indonesia and Latin America. Incidentally, his former company, Toyota, asked his help when it wanted to green its Pune plant. “I ended up making a forest of 10,000 trees on the perimeter,” he says.

Asked the advantage of having a forest in an urban area, Shubhendu says, “It adds 30 times more greenery to the area,” he says. “There is 30 times more carbon dioxide absorption and protection against noise pollution. If we start converting our lawns into forests we can save a lot of water because forests do not require water after three years. They also retain a lot of water. Every single tree contributes 60,000 gallons of water annually to the water table.”

In forests, you can also observe how nature behaves. “Nature will decide which tree will survive and which will not,” he says. “While there is continuous harmony, among the trees, there is also a ceaseless competition. The trees which are light-loving tend to grow tall, while those which are shade-oriented will stay shorter. So, a teak will shoot up, while a mango tree will flourish in its shade.”

For Shubhendu, his most moving experience occurred when he was planting trees for an IT company in Bangalore. Most of the employees came with their families to render help. He noticed a two-and-a-half-year-old girl who was planting the saplings all by herself. “She did it better than some grown-ups,” he says. “Even this small child knew how to plant saplings. This is something which is there in our genes that we have lost track of.”

He says that each and every person has a latent love of nature within them. “I have seen people get so deeply moved when they plant saplings that they become silent,” says Shubhendu. “For the next three hours, they get their connection back with nature. Many first-timers ask for more opportunities to plant saplings.”

And so, a former Toyota engineer is trying to spearhead a green revolution, of a different kind, in India.