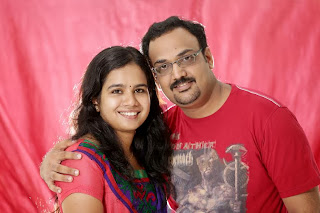 Sunil Elson, 29, is in a happy mood. It is just a couple of days for his marriage. But it is an unusual one in every respect. Sunil is a Jew, while the girl that he is marrying, is a Hindu, Divya B. Pillai. And Sunil's reasons are simple. There are no eligible girls in the Jewish community. In total, there are 27 people who stay at Kochi, Aluva, and Paravur. All the rest have migrated to Israel. “But I am deeply attached to Kerala and do not want to leave for Israel,” he says. In fact, when Sunil went to Israel in September, 2011, he was taken aback. “The culture was so different,” he says. “It is a lot like Europe. I also noticed that the family ties are not close. But, for me, the family is very important.”

Sunil and Divya fell in love when they were studying together at the Amrita Vidyalaya in Perumbavur. But it was only in 2007 that things got serious. When Sunil told his community members they were understandably sad. “But they understood my justifications for marrying outside the community,” he says.

Divya's parents were against it, and it took six years for them to change their mind. And now a beaming Sunil says that they are getting married, through a registered marriage on December 6, followed by a reception on December 8 at his home-town of Aluva. While Sunil runs textile shops in Aluva and Kochi, Divya is an Ayurveda doctor at the Paalana Hospital in Palakkad.

Incidentally, this is the second marriage among Jewish males in Kochi. On July 21, 2009, Mordokkayi Shafeer, who works in a media organisation, got married to a Christian, Jaimol Fernandez (now Sarah), who later converted to Judaism. They have a three-and-a-half-year-old son, Menahim Ryan. “I was mentally prepared,” says Sarah. “So the adjustment was not that difficult. I only took some time to adjust to the food, in which some items like prawns and crabs are not eaten.”

Meanwhile, Sunil continues to remain in touch with his Jewish roots. On a recent Sunday evening, he was present at the Kadavumbhagom synagogue in Kochi to take part in the Hanukkah or The Festival of Lights. “It was a wonderful time,” says Sunil.