A Passion for Invention 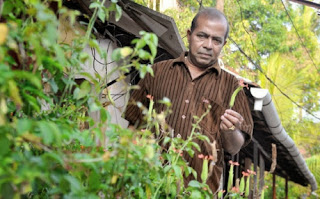 The Kerala-based Viswanath Shet has 79 patented innovations to his name, ranging from medicines to talismans to ward off evil

Rajesh Pillai, 67, had twin problems. He was an alcoholic and suffered from diabetes. Not surprisingly, he was a flop in the bedroom. He confided in his friend, the inventor ViswanathShet.

Viswanath did some research. Suddenly, he had an ‘Aha’ moment when he realised that goats and cows have potent sex lives because they chew the chlorophyll in plants. So he took an extract, and blended it with traditional indigenous herbs. All this was immersed in sesame oil. Then he told Rajesh to rub it on his manhood, just before the sexual act. “It helps to boost up the energy, and stimulates the organ,” says Viswanath.

A few days later, the Kochi-based Rajesh met Viswanath. He had a box of jalebis, and a happy smile on his face.

This was Viswanath's 79th patented invention in a 30-year career as an inventor. Some of the other inventions include a talcum powder to ward off mosquito bites, anti-ageing herbal drops, a preparation of herbal saffron and sandalwood oil which can cure, among other things, cholera, ulcers, stomach pains and dysentery.

Some of his innovations have nothing to do with health. They include a talisman to keep away evil spirits, a method to inculcate self discipline among youth through the study of Buddhism, as well as a way to ascertain the genuineness of gold. “This is an important discovery, especially in Kerala, where there is a craze for gold,” says Viswanath.

But Viswanath says his first and most important discovery is a cure for leucoderma. “But so far, I have not been able to market it,” he says.

What is astonishing is that the inventor had studied upto Class five only. “When I was 11 years old, my father died and I had to get into the family business of handicrafts,” he says. “The education in our country does not help you to be creative. All the great inventors, like Alfred Nobel and Thomas Alva Edision, spent very little time in school.”

Viswanath made up for it by reading voraciously. “I loved to read old Ayurveda texts,” he says. “I became an inventor by accident. Or I would call it a miracle. God has gifted me with a heightened sense of intelligence and intuition. That has helped me to discover many new things.”

Meanwhile, Viswanath has ensured that all his inventions have been patented with The Controller of Patent and Designs at Chennai. “Patenting is the only safeguard in India, because there are people all over the country who are ready to steal your formulas, and pass it off as their own,” he says.

To earn money for his research, Viswanath, through his firm, Mysore Sandal Products, makes perfumes from jasmine, rose and sandalwood. “These are natural perfumes,” he says. “I have taken the extracts from flowers and orange oil.” He sells them to state emporiums, like the the Kerala Khadi and Village Industries Board.

As he talks, there is a beeping sound on his mobile: an email has arrived. It is from Mr. Arunachalam from Thanjavur, Tamil Nadu. “My hair is growing back, thanks to your Genus Hair Oil. Please send four bottles to my friend in Singapore.” 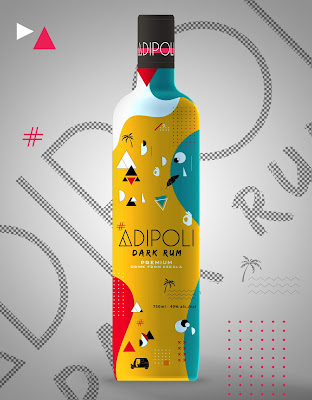