A South African Outpost In Kerala 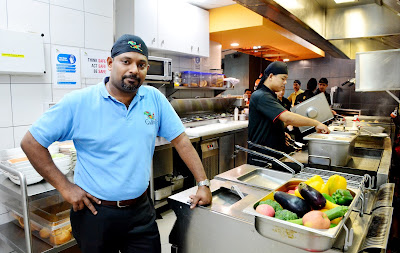 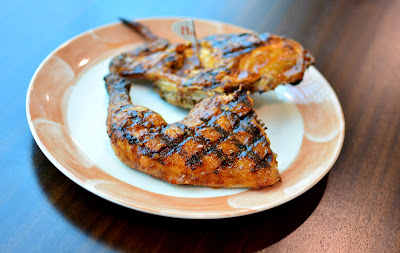 The Galito's Flame-Grilled Chicken restaurant, at the Lulu Mall, Kochi, serves an unique style of chicken

As Seena George, 23, steps off the escalator on the third floor of the Lulu Mall, Kochi, she gets the wafting aroma of chicken and notices a cast-iron flame grille. The place is Galito's, an open restaurant, with wooden frames on the ceiling, wooden lamp shades, and with masks and artifacts on the walls. The Dubai-based Seena is accompanied by her parents, Martin and Sheela. They had come to do shopping for an upcoming wedding in the family.

The trio order a espetada (pieces of chicken skewered on a stick), peri-peri chicken, along with side dishes like spinach and corn on the cob.

An hour later, a satisfied Seena says, “The chicken is cooked well. In fact, it is amazing.”

Brand chef Sunil Menon smiles when he hears this. “We marinate the chicken, using a combination of imported spices, as well as lemon, garlic and vinegar. Then it is vacuum-packed and chilled for 48 hours, for the marinade to seep in. Thereafter, it is flame-grilled to give it the best flavour. We don’t use preservatives or oil.”

In fact, the chicken cooks in its own fat. “Because of the marinade, the inside is soft, juicy and light pink in colour,” says Sunil. “But when you eat a chicken at a fast-food centre, it will always be white.” To get fresh chickens, the company sources it from nearby farms.

The 3860 sq. ft. restaurant was launched on September 9, 2015. “Galito's is from South Africa,” says Manu Abraham, the general manager (India and Sri Lanka) for the Tablez Food Company, which has secured the license for the two countries. “We wanted to bring in a healthy, flavoured chicken.”

Incidentally, 'Galito's' is the Portuguese word for a rooster. And that is the company's logo: an upright rooster, in bright green and red, with legs crossed, regally looking at the patrons.

And the patrons seem to be a satisfied lot. The best attribute about Galito's is that you can order the level of the spices: lemon herb, mild, hot, and extra hot. “There are similar sauces also, if you want to enhance the spiciness at the table,” says Sunil. And the prices are affordable. It ranges from Rs 155 to Rs 680.

Apart from chicken, there are chili beans, garden salad, coleslaw, chicken liver, with rice or rolls, and a traditional tomato and onion curry.

Because of the rising number of vegetarians, Galito's ensures that it caters to this section, too. “We have a paneer espata, vegetable rice, grilled vegetables, and beetroot burgers,” says Sunil. “We ensure that the grill and hot plate that are used are separate from the one used for chicken.”

To off-set the spices, light beverages are available. These include the Kiwi Mojito (a mix of kiwis, lemon and herbs), Virgin Mojito (mint leaves, lemon and sugar) and Mombassa (strawberry with ginger).

So, it is no surprise that patrons are flocking to the restaurant. “In just five months, we have an average of 11,000 customers every month, including [Mollywood directors] Jeethu Joseph and Roshan Andrews,” says Manu. “But this is an acquired taste.”

By habit, Indians love to eat fried chicken, soaked in oil. “Not many know that the frying destroys the nutritive value of the chicken,” says Sunil. “That's why once you start having our chicken, you tend to come back again and again. It is far lighter on the stomach.”

At Galito's, the most popular dish is peri peri whole chicken. Asked the meaning of peri-peri, Sunil says, “It is the Portuguese word for bird's eye chillies. When the Portuguese arrived in India [in the 15th century], they came across a lot of spices. They took it back and started using it in their cuisine. Later, when they went to Africa and Latin America, they popularised it there. And now these spices are travelling back to India in new forms.”

The customers, who enjoy this food, include youngsters, as well as those in the 25-45 year age group. “They want to try something new,” says Sunil. “Which is why they like to come to Galito's. But we need to come up with new and exciting dishes regularly, so that we can remain popular.”