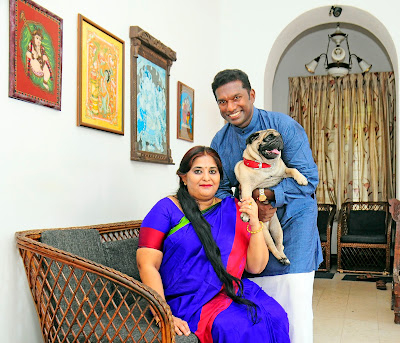 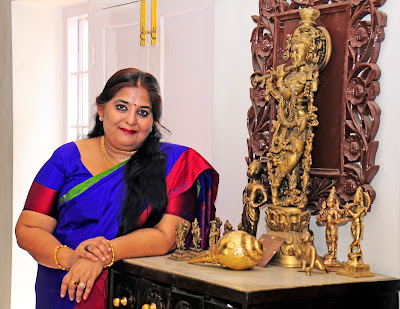 Vineetha talks about life with the businessman Rajmohan Pillai

When Vineetha met Rajmohan Pillai, the younger brother of the famed businessman Rajan Pillai, at Thiruvananthapuram in December, 1987, she was struck by two things. “My first impression was that he was very dark, but he had an enchanting smile,” says Vineetha. “Secondly, he spoke very well and made me feel comfortable.”

At that time, Vineetha, a gold medallist (B.Com) from Kerala University, was doing her articleship in a chartered accountancy firm and was reluctant to get married. But the horoscopes matched, and being an only child, she did not want to disappoint her parents. So, she said yes. The marriage took place on September 12, 1988, at the Guruvayur temple.

Thereafter, for their honeymoon, the couple went to Mumbai. There, they went to the disco, 'Gatsby', at the Taj Mahal Palace Hotel. “It was a culture shock for me,” she says. “I started crying, seeing all the moving beams of light, and everybody wearing dresses and mini skirts.”

From there, they flew to Jaipur where they spent some time at the castle of Brigadier Sawai Bhawani Singh Bahadur, the former Maharaja of Jaipur. They also visited the Red Fort in Delhi as well as the Taj Mahal at Agra. Later, the couple settled down in Thiruvananthapuram.

Asked about her husband's plus points, Vineetha says, “Rajmohan is a calm person. Even if there is any tension in the office [The Beta Group] or at the [cashew nuts] factory, he will not bring it into the house. He is also a routine-oriented person.”

Rajmohan gets up at 3.30 a.m. and does yoga. At 5 a.m., he goes for a walk or a run and at 6 a.m., he goes to play tennis at the Trivandrum Tennis Club. “For breakfast he does not eat anything except fruits,” says Vineetha. “He does not drink or smoke or take coffee or tea. He has no addictions.”

This can be a negative also. “Maybe, Rajmohan is too much of a health freak,” says Vineetha. “In his earlier years, he enjoyed non-vegetarian food, and could consume a chicken all on his own.”

When Vineetha was carrying her first son, Rajkrishnan [who is 25 now and a businessman], for seven months, Rajmohan remained a vegetarian, as a sort of penance. After the baby was born, and it was placed next to Vineetha, on the bed, she felt puzzled when she got the smell of omelette. “I was wondering who was eating this,” she says. “Then I saw that it was Rajmohan who was having the omelette. That was when I realised how much he missed non-vegetarian food.” Incidentally, apart from Rajkrishnan, the couple have a 19-year-old son Rajnarayanan, who is doing his B. Com (Hons.) from Christ University in Bangalore.

Over the years, her husband has changed. “Rajmohan has become a spiritual person,” says Vineetha. “He believes that God is within you. But he has not convinced me in learning yoga. I continue to follow the traditional Hindu rituals of lighting a lamp and going to the temple.” In fact, at 3 a.m. on every Thursday, the couple pray at the Sree Padmanabhaswamy Temple.

Finally, when asked to give tips on marriage, Vineetha says, “Never discourage your partner. You must give him as much space as possible. Never tell anything bad about your husband’s family to the spouse. These are ties that last a lifetime. Rajmohan also told me that his parents are the most important people in his life, above me and the children. Every day, before he left for work, he would go and touch their feet.”

(The New Indian Express, Kochi, Thiruvananthapuram and Kozhikode)
at April 02, 2016