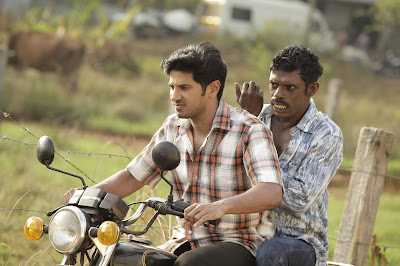 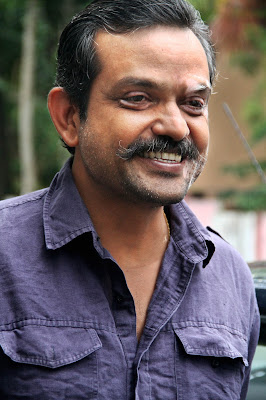 Sound Designer Renganaath Ravee stepped out, after a morning show at the Inox Cinema, in Mumbai, recently, with a dazed look on his face. He had just watched the Mollywood hit, 'Kammattipaadam', directed by Rajeev Ravi.

“The direction was absolutely fantastic,” says Renganaath, who works in Mollywood and Bollywood. “I also liked the sounds, camera angles and the music. Lots of people were fans of [Mollywood directors] Bharathan and Padmarajan in the 1980s and wanted to emulate them. But, in this generation, it is Rajeev Ravi who is in the forefront. He is the new creative force in Mollywood.”

Another fan is Rajeev's Bollywood colleague Anurag Kashyap. The director tweeted: “Don’t miss ‘Kammattipaadam’. One of the best gangster/brotherhood films from India. Rajeev Ravi – the boss.”

The film is a gritty and unsparing look at the transformation of Kochi, post-liberalisation, in the 1990s. In fact, there did exist a huge expanse of land, called 'Kammattipaadam', in central Kochi, which consisted of paddy fields and mud tracks. But unscrupulous businessmen, taking the help of the youngsters of the Dalit community, got people forcibly evicted from lands, or paid them meagre sums, so that multi-storeyed buildings could come up. “In the last thirty years, there has been a massive 'development' in Kochi,” says Rajeev.

The film features leading star Dulquer Salman, apart from Vinayakan, Vinay Forrt, Shine Tom Chacko, Manikandan R. Achari, and debut heroine, Shaun Romy. But it was Manikandan who has stolen the show with his dynamic performance as a Dalit hoodlum called Balan.

“I did take a big risk by casting Manikandan,” says Rajeev. “But the theatre artists who brought him to me, Sujith Shanker and Vijay Kumar, said that he is a big talent. And he is.”

Asked why the film did well, Rajeev says, “The story of land-grabbing, for real-estate development, is something everybody is familiar with. So they felt an emotional connection
with the film.”

However, for Rajeev, the inspiration for the film happened when one day, a few years ago, an image came unbidden to his mind. As an eight-year-old, he had just arrived, with his family, at Ernakulam South railway station. The family lived in Pathankot, because Rajeev's father worked in the Air Force. “One of my uncles picked me up and all I could see was an endless expanse of paddy fields,” says Rajeev. “It was beautiful. Now all that is gone.”

He passed all these memories to veteran scriptwriter P. Balachandran who has produced a taut and fast-moving script. This is Rajeev's third film. The earlier two were also received well: 'Annayum Rasoolum' and 'Njan Steve Lopez'.

Apart from this, he is one of Bollywood's leading cinematographers. Some of the films he has worked on, include 'Chandni Bar', 'Dev-D', 'Gangs of Wasseypur Part 1 and 2', 'Bombay Velvet' and 'Udta Punjab'. In 2010, he won the Filmfare Award for Best Cinematography for 'Dev D', as well as the national award for his wife, Geetu Mohandas' film, 'Liar's Dice'.

But it is as a director that Rajeev is expected to continue hitting the bull's eye. One who thinks so is Vinay Forrt, who has acted in 'Kammattipaadam': “If you want to make a good film about politics or human relationships, you should have some content inside you,” he says. “And Rajeev has it.”