A Rifle In Plain Sight 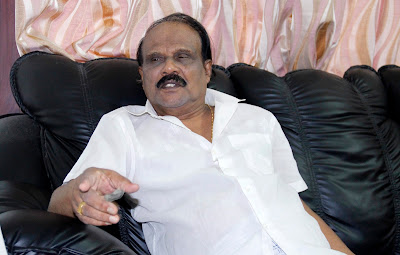 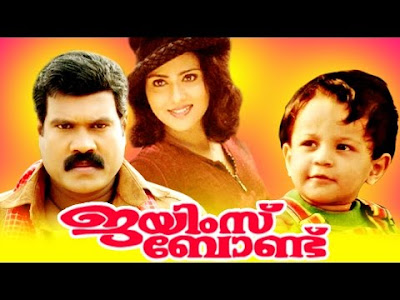 Veteran scriptwriter Kaloor Dennis talks about his experiences in the films, ‘James Bond’ and 'Minimol Vathicanil'

Photos: Kaloor Dennis by Ratheesh Sundaram; the poster of the film, 'James Bond'

When scriptwriter Kaloor Dennis was introduced to the producer of the film, 'James Bond' in 1997, he got a surprise. His name was Noor, a Malayali, who had come from Mumbai. This was Noor's first film.

“After reading the script, he okayed it,” says Dennis. “Noor was very prompt with the payments. Before the movie began he gave me the full amount for writing the script.”
But whenever Dennis went to meet Noor, at an apartment in Kochi, there would be a rifle in plain sight, on the table in front of him.

The film was loosely based on the 1994 Hollywood hit, 'Baby's Day Out'. But when director Baiju Kottarakkara suggested getting a local baby to play the main lead, Noor insisted on his baby. “It was a foreign child,” says Dennis. So Baiju had to agree.

“From the beginning Noor had issues with Baiju,” says Dennis. “He would tell me, 'He is not okay'. I had a suspicion that Noor was connected to the underworld in Mumbai.”

Meanwhile, there were other dramatic developments. Kalabhavan Mani had a role in the film. On the day he was supposed to join the set, he went missing. When Noor heard that Mani had gone to another film set, at Mundakayam, he became incensed. He ordered ten henchman to come from Mumbai. When they landed, they went and met Mani, and threatened him.

The frightened actor returned with the hoodlums, and ensured that he finished his schedule on time. But, later, he complained about the threats to the Association of Malayalam Movie Artistes (AMMA). The organisation launched an investigation. “But Noor did not care a damn about AMMA,” says Dennis.

Meanwhile, the shooting came to a sudden halt because the baby fell ill. When the director suggested getting another baby Noor refused. Eventually, Noor lost interest. He upped and returned to Mumbai with his gang members. Then Baiju got another producer, a new baby and completed the film. “It did reasonably well at the box office,” says Dennis. “But none of us will ever forget Noor.”

Dennis will also not forget the location shoot in Germany for 'Minimol Vathicanil'. One day, in September, 1984, director Joshy as well as actors, Soman, Saritha and Dennis were travelling in a car near Berlin. “I was sitting in front, while the other three were at the back,” says Dennis. “And we were having a lively conversation. Suddenly I began to hear a sound. I was not sure whether it had anything to do with the car. But I had an intuition that something was wrong.”

So Dennis told the driver to stop the vehicle. And when he stepped out Dennis got a shock. “The front tyre, on the left side, was completely shredded,” he says. “We were moments away from a major accident.” His colleagues thanked him profusely. “Ever since then whenever Soman would meet me, he would call me his guardian angel,” says Dennis.

Meanwhile, after 25 days, Dennis, Ratheesh, Saritha, Swapna, Baby Shalini and her father Babu went to Frankfurt airport to return to Kerala. They checked in their luggage, and wandered about. Eventually, they arrived 45 minutes before the departure at the boarding gate, but were denied permission to embark. “We were supposed to check in two hours before. As a result, we missed the flight, but our luggage was loaded,” says Dennis.

Later, when they landed in Mumbai, they did get their luggage, but many items went missing. “It was lying unattended for two days, so somebody took the opportunity to steal something,” says Dennis.

(The New Indian Express, Kochi, Thiruvananthapuram and Kozhikode)
at September 07, 2016