A Touch Of Kerala In Seattle 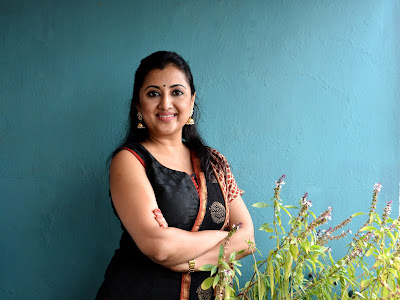 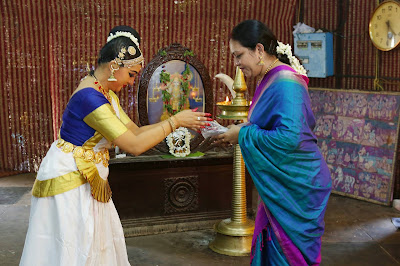 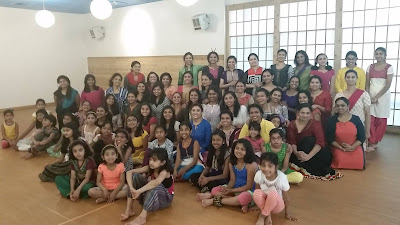 Smitha Krishnan runs the Mohini School of Dance in the USA. She talks about her experiences, while on a recent visit to Kerala

Photos: Smitha Krishnan by Ratheesh Sundaram; Smitha taking blessings from her guru Suchithra Visweswaran; the students at the Mohini School of Dance at Seattle

A few years ago, Mohinyattom stalwart Suchithra Visweswaran fell ill. An ardent devotee of Lord Krishna, she prayed to the Lord that if she recovered completely, she would perform at Guruvayur.

Smitha runs the Mohini School of Dance in the US. Finally, on August 18, a group of six dancers –  Vinitha Vijayan, Manju Jyothish, Julie Antony, Soumya Pradeep, Reshmi Sekhar, and Smitha herself – did a performance titled ‘Krishnarchana’ at the Melpathur Auditorium.

“It was a wonderful experience,” says Smitha, while on a recent visit to Kochi. “And it was well received by the audience.”

It was in September, 2013, that Smitha got the idea of starting the school. A lot of her friends started asking her whether she could start teaching dance. “Initially I started it as a hobby,” says this former Kochi native, who studied under Mohinyattom Guru Kalyani Kutty Amma’s daughter Kala Vijayan. “It was a way for me to not forget what I had learned. But as I started to teach, I soon got a good response from the Indian community.”

Today, there are 80 students, a mix of women and girls. But not surprisingly, the majority is Malayalis. “A lot of them have a deep respect for any art form from Kerala,” she says. “When you live abroad, your affinity to your own culture becomes deeper. Also, many mothers are afraid that their children are missing out on experiencing the Kerala culture.”

At the school, there is a set curriculum. “The students practice at home following a schedule which has been given to them,” says Smitha. “And the parents monitor it.”

And over a period of time, the students got better. On May 8, the school decided to hold their first ticketed event called ‘Kaisiki’. “We put up advertisements on social media, and pasted posters and fliers at community centres,” says Smitha. The end result: More than 500 Malayalis as well as non-Indians came to watch the event.

And the Americans, says Smitha, liked what they saw. “What amazes them is how much of our own history and mythology we present in our dance,” she says. “They like the elaborate costumes and make-up. But in order that they understood the storyline better, there was an introduction before every item. Otherwise, they would have felt completely lost.”

Meanwhile, many dancers have found themselves. At the conclusion of the annual day show, last year, Minnie Bejoy, a mother of two, fell at Smitha’s feet and began crying.

“Minnie told me she had always been a big fan of dance, but could not learn due to various reasons in Kerala,” says Smitha. “But after migrating to the US, in 1996, she tried out a lot of different teachers, but it did not work out. But, somehow, she and I clicked, and Mohiniyattom worked for her. And this was the first time she actually got a chance to perform an Indian classical item on stage.”

Meanwhile, it has been a tough balancing act of sorts for Smitha, “I have a full-time job as a manager of the IT department of a local government agency,” says this mother of two daughters, Gowri, 11, and Gayathri, 7, who has studied and lived in the US for 20 years now. “But because more and more people are coming to join the school, I am toying with the idea of becoming a full-time teacher, because this is my passion!”

(Published in the New Indian Express, Kochi, Thiruvananthapuram and Kozhikode)
at September 24, 2016