The Way To A Healthy Lifestyle 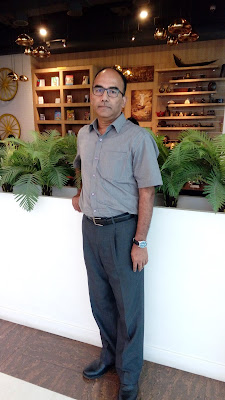 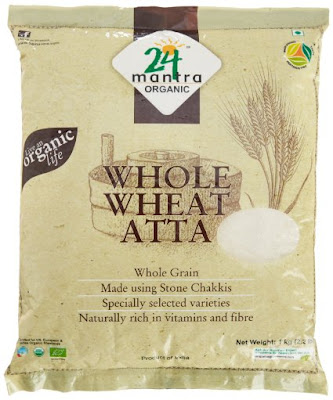 N. Balasubramanian, the CEO of the Hyderabad-based company, talks about the benefits of organic food, while on a recent visit to Kochi

A few months ago, N. Balasubramanian, the CEO of the Hyderabad-based Sresta Natural Bio Products Ltd, which owns the '24 Mantra Organic' food brand, was travelling in a cab in New Delhi.

He got talking to the driver about organic food. When the driver asked him the name of the brand, Balasubramanian said, “24 Mantra Organic.”

The driver shocked the CEO when he said, “That is what I use. The atta (wheat) is very good. It is Rs 52 a kg, and it costs me Rs 500 a month, but I don't mind. My family enjoys good quality rotis, which I used to eat as a child.”

At the Lulu Mall, on a recent visit, to Kochi, Balasubramanian says, “I have never forgotten that conversation.” Meanwhile, as he is speaking, at the Hyper Market, where the company has a section, Radha Menon (name changed) takes a 5 kg bag of wheat. “I have been using this for two years,” she says. “The quality is very good.” Balasubramanian smiles when he hears this.

The USP of the company is that, with the help of 32,000 farmers, it makes its own food, pesticide-free, in an area of 1.7 lakh acres, across 16 states. “We encourage the farmers to use cow dung and other natural fertilisers,” says Balasubramanian. “In place of pesticides, we encourage them to use neem, ginger and cow urine. Essentially, we are using traditional methods in a scientific manner.”

The company goes to areas where particular crops grow well. So, they grow ginger in Sikkim, gram in Maharashtra, jaggery and sugar in Karnataka and Uttarakhand, chillies (Andhra Pradesh), peanut (Karnataka), apart from black pepper, cardamon and spices in Kerala.

Meanwhile, the company is very particular in the way they store the produce. “We have developed our own indigenous methods,” says Balasubramanian. “At the storehouse, we just remove the oxygen from the atmosphere. As a result, no insect can breathe and spoil the produce. We do this for 15 days, till the larva cycle ends. Thereafter, we put the products in a pack and seal it.”

Following this, it is checked by any one of the 14 international agencies which are accredited with the government of India. Thereafter, it is sold through 250 outlets in departmental stores and malls.

Asked why they don't have their own stores, Balasubramanian says, “We are already doing farming, processing, packaging and marketing. It would be too much to run stores, too.” In Kochi, you can get their products at Sunrise City, Panampally Nagar, SR Organics, Tripunithara, and Bismi Supermarket, Kaloor, among other places.

But Balasubramanian is honest enough to admit that the products are on the expensive side. “For a family of four, you will be buying Rs 4000 worth of food products every month,” he says. “But when you switch to '24 Mantra Organic', it will go up by Rs 1500. But this is just the cost of a movie outing at a multiplex for a family.”

And it may be safer to pay more and have organic food, so that you can avoid dangerous diseases like cancer. “Anybody I meet I ask this question: do you know of anybody who has cancer? And the answer is always yes,” says Balasubramanian. “Cancer from pesticide-laden food happens over several years, and not in a short time of, say, five years.”

Finally, when asked about the meaning of the word, '24 Mantra Organic', Balasubramanian says, “It stands for a Sanskrit slogan: 'Bhumir Apo Analo Anilo Nabha' – 'You alone are the Earth, Water, Fire, Air and Ether'. When you write it in English there are 24 letters.”

(The New Indian Express, Kochi, Thiruvananthapuram and Kozhikode)
at September 28, 2016