Providing Succour To the Islands 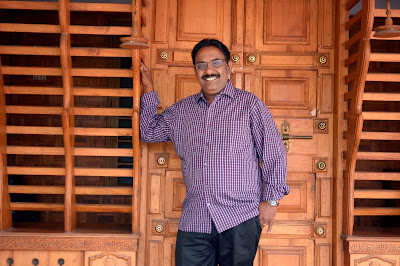 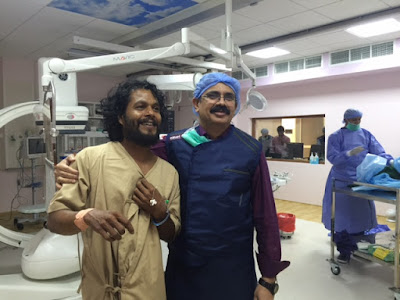 Radhakrishnan was puzzled. He could not recognise the woman. Then she told the doctor that he had treated her a year ago, at a medical camp, on one of the islands. “She had been suffering from chronic dermatitis,” says Radhakrishan, “But when I saw her again, she had been relieved of her symptoms. So, she was very happy to meet me.”

Radhakrishnan has been going to the Maldives for the past two years. He is associated with a private hospital called Maldicare. “I go once a month, or, sometimes, once in two months,” he says. “There are a lack of doctors there.”

Some of the common skin diseases the people suffer from, are fungal infections and psoriasis. “Since they are always in water, because of their work as fishermen, they have fungal infections,” he says. “As for the prevalence of psoriasis it is a genetic condition.”

Malayali doctors, belonging to different categories, like dentists, physicians, cardiologists, neurologists, and surgeons, go to the Maldives. But the numbers are low. So the Maldivian government provides full health insurance, apart from flight tickets, to enable its citizens to get treatment abroad.

Hence, patients travel to Thiruvanathapuram and Bengaluru, Colombo, Singapore, Bangkok and Jakarta, to get treatment. Amazingly, one rufiyaa (Maldivian currency) fetches 4.2 Indian rupees. “That makes it easier for them to come to Kerala,” says Radhakrishnan.

Meanwhile, last month, cardiologist Dr. N Prathap Kumar, the managing director of the Meditrina Hospital at Thiruvananthapuram set up The National Cardiac Centre (NCC) at the government-run Indira Gandhi memorial hospital at Malé. “This is the first unit in the country,” says Prathap.

And the cardiologist had specific reasons to set it up. “The country saves a lot of money,” he says. “Even if I charge 30 per cent more, it is much less than what they are paying when they go abroad. Secondly, cardiac treatment is always needed as an emergency. The people can get treatment in their homeland, in the presence of their near and loved ones.”

Agrees Maldivian cardiologist, Dr. Ali Shafeeq, “Though medical care abroad is free, people face many difficulties when they travel abroad. So, they are happy to get treatment at home.”

The NCC unit has three cardiologists, as well as nursing staff. And they are paid well. While a cardiologist gets Rs 6 lakh a month, nurses earn anywhere between Rs 50,000 to 90,000, depending on overtime. And it has been a hectic time so far.

"We have done 110 procedures in the first month,” says Prathap. “I do all the complex cases. Most people suffer from heart attacks, valve diseases and blocks. The problem is that about 90 per cent of the population, including the women, are smokers. That is not healthy.”

However, Prathap says that not everybody is happy with his initiative. “They are missing the chance to go abroad,” he says. “Some hospitals in Thiruvananthapuram have lost customers. Travel agents have lost business all because of me. But I still believe that when an emergency happens, the only way to save lives is to have a cardiac unit at Malé.”

Ali says, “Yes, indeed. We have been able to save many lives and improve the quality of life of many patients by timely interventions. So, having a cardiac unit in Malé is a true blessing.”

(The New Indian Express, Kochi and Thiruvananthapuram)
at September 01, 2016