This Is Her Story 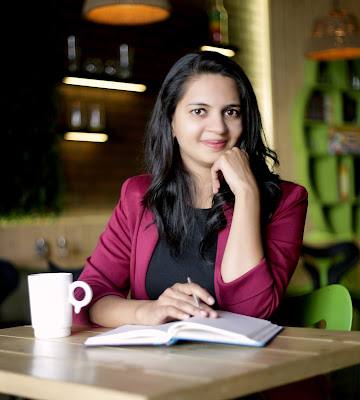 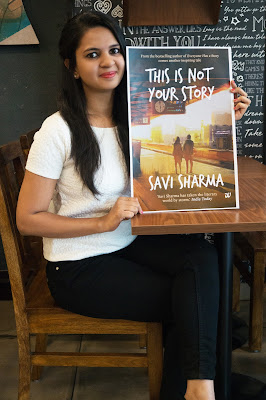 Best-selling author Savi Sharma talks about how she made it, even as her second novel, ‘This is not your story’ hits the top of the charts

On the third floor of a mall in Kochi, on a recent evening, author Savi Sharma, dressed in a striped black-and-white top and black slacks, sits in front of a banner announcing her new novel, 'This is not your story'. The audience sitting in front of her consists of a large number of youngsters. Following a short reading from her novel, the floor is open to questions.

A young man, with a backpack placed near his feet, says, “Is it possible to achieve your dreams?”

Savi smiles and says, “I am the best example.”

Yes, indeed, Savi is living her dreams. From her school days she had wanted to be a writer. When she wrote her first novel, 'Everyone has a story', in 2016, she self-published it, as a paperback and stocked it on Amazon. Then she marketed the book through Facebook. Within a month, it sold 5000 copies. Thereafter, it reached No. 1 in the Contemporary Fiction category (Indian writing), and No. 2 in the Romance category of Amazon.

Asked the benefits of self-publishing, the 23-year-old native from Surat says, “You don't have to face rejections, or wait for a long time for traditional publishers to revert back to you,” says Savi. “But it is not an easy task. You have to be a one-man army. I had to learn editing, book design, marketing, and distribution. You need to work around the clock. And that can be tough.”

But relief was at hand. When her book hit the bestseller lists, big publishers got interested. And, eventually, Savi signed a deal with Westland.

'This is Not your story' has also hit the top of the charts. So far, 70,000 copies have been sold. One who is not surprised is Deepthi Talwar, Chief Editor of Westland. “Savi's books are very readable,” she says. “They have a simplicity and characters that you can empathise with. She also addresses issues that many young Indians face these days.”

14-year-old Kochi student Subin Joseph is a fan. “I could connect with the three different characters and the problems that they are facing,” he says. “Savi has a nice writing style. She described a train as a 'metallic caterpillar'.”

'This is not your story' is semi-autobiographical. Like Savi, one of the characters, Shaurya, did not complete his chartered accountancy, because he wanted to be a film maker. The other characters include Anubhav, an aspiring businessman and interior designer Miraya. The book is about thwarted dreams and how to overcome it. Many of Savi's readers are in the same situation. “They tell me, 'Maam, we are doing engineering only, because my parents want us to do it',” she says. “But we want to be an artist or a photographer.”

Savi felt an empathy for them. "There are certain times in life, when we tend to do things which our friends and family want us to do,” she says. “But this is not what our soul wants us to do. In other words, 'This is not your story'. You need to find out what you want to do with your life.”