Beauty queen Yana Fillipova, selected as Goodwill Ambassador for the Kerala Travel Mart, talks about how she will promote the state 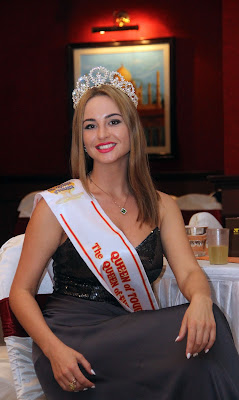 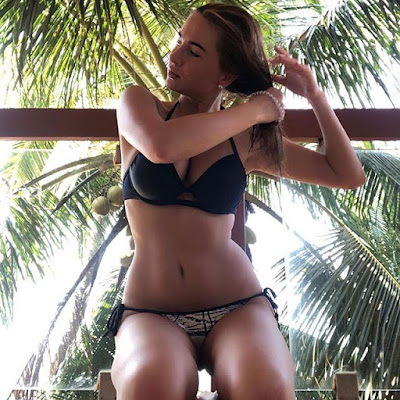 As Yana Fillipova stood in the lobby of a hotel in Kovalam, the manager came up and presented her with a saree. She had a sudden urge to try it on. Immediately, two women employees helped her to wear the saree. “It looked so amazing,” says Yana, while on a recent visit to Kochi. “Then they put some flowers in my hair.”

At Kovalam, she gazed at the Arabian Sea. “Back home, in Altai {Russia], we have no sea,” says Yana, who has travelled to many countries. “The Arabian sea is very gentle as compared to the Mediterranean Sea.”

Yana has just been appointed the Goodwill Ambassador for Russia for the Kerala Travel Mart (KTM), which will take place in September. Last year, both Prime Minister Narendra Modi and Russian President Vladimir Putin had announced that this year would be celebrated as the Year of Tourism in both India and Russia.

Asked about her duties, Yana says, “I have to give publicity about the beauty of Kerala. I will mention places like Munnar and Alleppey and emphasise the importance of Ayurveda. I will do this by uploading photos and messages on Instagram and other social media platforms. They are very powerful tools.”

But Yana has a tough task ahead, to change the mind-set of the people in her own country. “The general impression is that they think India is a poor country,” says Yana. “They believe that most of the people have baths in rivers. This is the stereotype. I feel disappointed when I put up a post about a wonderful place in Kerala, and in the comments section, they ask whether it is possible that in India you have such nice places. I tell them that travelling to Kerala is worth their money, time and effort.”

Not surprisingly, Yana loves the people in Kerala. “They are open-hearted, communicative and sincere,” she says. “In contrast, the Russian people are very closed and serious. You have to spend some time with them before they open up.”

Yana’s home town of Altai is close to the border of Mongolia, China, Kazakhstan and about 4000 km from the capital, Moscow. “Russia is a huge country,” says Yana. “Right now, the temperature in Altai is minus 35 degrees (centigrade).”

Interestingly she is an English professor at the Altai State Pedagogical University. She is also a singer, a model for print advertisements and a beauty queen.

In November last year, she won the Queen of Tourism award at The Queen of Eurasia competition held in Anatolia, Turkey.

Meanwhile, when asked to compare Russian and Malayali women, Yana says, “Malayali women are polite and calm, but they are shy about revealing their feelings. In most cases, they retain their femininity. Many are happy to take care of their husband and children.”

On the other hand, Russian women are very ambitious. “They behave like men,” she says. “Women take on a lot of male responsibilities, like working in the fire services or the army. They cannot accept the fact that a man should give them money and protect them. They want to do everything themselves. They have become very independent.”

There is one fall-out in this changing dynamics between man and woman. The divorce rate is more than 50 per cent. “I am told that Indian women have also started divorcing their husbands,” says Yana. “It is very sad as it has a big impact on the children.”

Yana speaks from personal experience. Her own parents divorced when she was ten years old, while her brother was four. “So I know how it feels,” she says. “Both of us suffered a lot. It is completely unacceptable. When I marry it will be for life. This is what I want.”

Meanwhile, KTM President Baby Mathew is very happy with the presence of Yana. "We expect more participation from Russia for the event, because of Yana,” says Mathew as she smiled. ” In fact, we are hoping for a record number of registrations this year. We also expect more tourist arrivals from Russia to Kerala in the coming years.”

(The New Indian Express, Kochi, Thiruvananthapuram and Kozhikode)
at February 17, 2018