Footballer Iain Hume, of the Kerala Blasters talks about his experiences in the Indian Super League 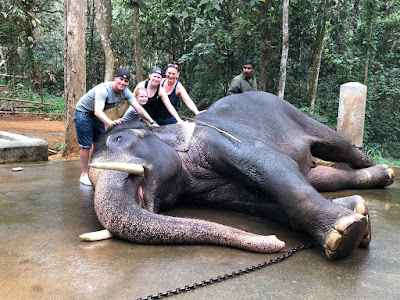 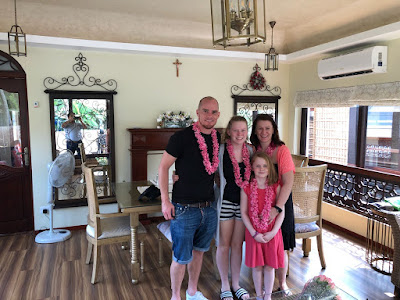 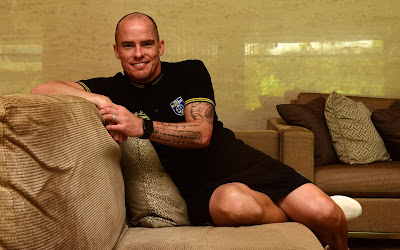 Photos: Iain Hume with his family. Photo of Iain by Albin Mathew

On a recent Sunday morning, Kerala Blasters footballer Iain Hume set out from his hotel in Kochi accompanied by his wife Chrissie, and daughters Keira, 14, and Alyssa, 7, to the Kodanand Elephant Training Centre at Kaprikad, 50 kms away.

There the family interacted with the elephants. They got an opportunity to scrub a bull elephant, which was lying on its side. “For us to touch and clean the animal has been a unique experience,” says Iain. “In England, we see elephants only in a zoo.”

The family had come on a ten-day holiday from their home in Birkenhead, Liverpool. “They loved it, especially the time we spent on the backwaters,” says Iain. “It was their first visit to Kerala.”

As for Iain, he is now regarded as a Keralite and has become a celebrity. So much so, that whenever he steps out in public, he is greeted enthusiastically. “Although I live at the Marriott hotel, I went to the Lulu Mall next door only once in the past three months,” he says, with a smile. “But I have no complaints. I am having such a great time.”

At a one-on-one meeting what strikes the most about Iain is his intensity and energy. What is also striking is the tattoos all over his body. There are three English roses to represent his wife and two daughters. Then a quotation goes right across one arm: 'Life is not measured by the number of breaths you take, but the number of moments that take our breath away'. “I have the birthdays of my children on my ribs, and elephants on my calves,” he says. “I am fascinated by them.”

Meanwhile, when asked about the status of the Indian Super League (ISL) vis-à-vis world football, Iain says, “Football leagues in Spain, England, Germany, France, Portugal and South America are more than 100 years old. The ISL is only four years old, but there is a massive improvement in the local talent. The average age of the players has gone down by four to five years. Most of them are now between 20 and 25 years of age. It can only get better.”

Having played for four teams Iain has a good idea of the personality of the Indian player. “With my hand on my heart I can say I have not met a single Indian player that I have not liked,” he says. “They have a lot of love inside them. Indian players can be quite emotional. They take a while to come out of their shell but once they do, they are warm and friendly.”

As for the fans, he says the most passionate are in Kolkata and Kochi. “When we are on the ground, we can feel the love,” says Iain. “They just love their team, state and football with all their heart.”

But he is also the first to admit that the fans have been disappointed by their performance this season. “But that is understandable,” says Iain. “Fans support the team unconditionally, but they also want success. That's the case with fans all over the world. We players also want to win. There is no lack of effort. A lot of things have gone against us. But we are working as hard as we possibly can” (Unfortunately, for Iain, he suffered a season-ending injury during a league match against FC Pune City on February 2).

Iain pauses and adds, “We play sport to win championships, not just to take part. If anybody tells you he is playing just to participate, most probably, it is a lie. You do play for the love of the game but sport is competitive. Nobody remembers the team which came second, third or fourth. Everybody wants to reach the pinnacle. Having been part of a team, ATK (‘Amar Tomar Kolkata’) which won the ISL, it is an unbelievable feeling.”

Meanwhile, Iain also had some moving off-the-field experiences. In Kolkata, he, along with a few other team members went to an orphanage run by the Missionaries of Charity, founded by Mother Teresa. “It was painful to see so many children who were disabled,” he says. “Since I have young children, it made me appreciate a lot of what I have. The plus side was to know that these children are being cared for and not living on the streets. These last four seasons in India have been one of the most memorable of my life.”

(The New Indian Express, Kochi, Thiruvananthapuram and Kozhikode)
at February 10, 2018