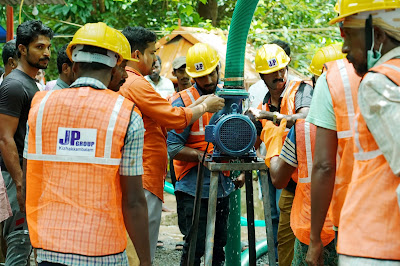 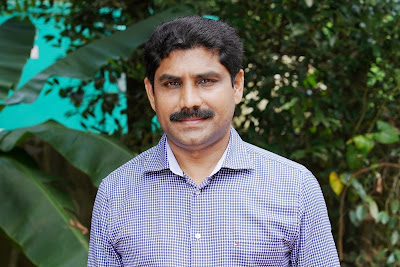 Photos: Workers of the J&P Group setting up a pump; entrepreneur Peter Joseph

When entrepreneur Peter Joseph was travelling in Ernakulam district soon after the floods had receded, he saw, with a sense of shock that all the wells were in a sorry state. “They were filled with dirty water, slush and mud,” he says. “I also came to know that the water from the septic tanks had also leaked into the wells.”

Peter realised that when the people returned to their homes, the first thing they needed was clean water to wash and clean the house. So he decided he would clean up the wells. But Peter did not know where to start. So he met Aluva MLA Anwar Sadat who suggested the Sreemulanagaram panchayat.

Thereafter, through his company, J&P Group, he bought 20 sludge pumps, pipes and generators, since most houses did not have any power supply.

On Wednesday, August 22, at the inaugural function, Sadat said, “This is a voluntary contribution by Peter. I am very happy that he is doing this. It will be a great help to the panchayat.”

Soon, the work began. At a middle-class house, the thick plastic pipe snakes out from the well through the courtyard towards the road. When the pump starts, there is a buzzing noise. Soon, a steady stream of water comes out of the pipe. The workers, consisting of plumbers and electricians, in orange jackets and yellow plastic caps, watch patiently.

Amazingly, within 20 minutes, the well is drained of water. “This is a high-speed pump,” says Peter. Thereafter, bleaching powder is poured inside the well. Usually, in well cleaning, workers get down, balancing from ropes and physically clean the well. But that is no longer possible. “The walls are very weak because of the presence of water everywhere,” says Peter. “There is a danger that it might crumble.”

After the work is over, within two hours, the well begins to fill with natural water. “One reason for the quick filling-up, is because, again, there is a lot of water underground,” says Peter.

So far, Peter has spent Rs 12 lakhs to buy the pumps and other equipment. The other costs include labour and transportation. “It may come to about Rs 40 lakh, since we will be cleaning around 8000 wells in the panchayat,” he says.

Incidentally, the daily target is 250 wells. To ensure that happens, there is a 50-member crew. Over the noise of the pump, Peter says, “I felt a clean well was an important need for returning families. So I am happy to make a contribution to society.”